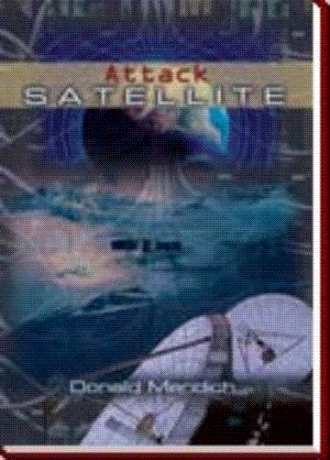 Dinnertime approaching, Tom went back to his quarters to wash up and stretch out for twenty minutes.

As he came out of the washroom, there was a knock at the door. Before he reached the door, it was opened by two guards on the outside. They pushed a human form through the door and at the same time said, "The boss said to tell you they promised to have your wife here." They tossed in a couple of small valises and left laughing.

Tom found himself face to face with Trish. She started to say, "Oh my G--" while the door was still open, but Tom pulled her to him and kissed her firmly on the mouth until the door was closed.

As soon as the door was closed, Tom whispered, "I'll explain all later, but they think I'm your husband John Holecek, and if they find out otherwise, you and I might not be alive until sundown. And how the hell did you get here? I thought you were dead when you ran out of that cabin? Looks like you had a fast recovery."

She was skeptical. She had been jerked around so much the last days that she didn't know whom to trust. "I wasn't dead. I tripped over a root on the ground. And when I heard those shots, I decided to just lay there."

"But why did you run out of the cabin?"

"I was confused. John said our marriage was finished. There was the possibility I might be in trouble for kidnapping when we got back to the United States. So I figured I might be safe in the hands of the police. As it turned out, all they did was hand me back to the same people that brought me here. By the way, just where are we? Are we in Czechoslovakia?"

"I think so," answered Tom. "At least the help around here all speak that language. Did they explain what you can and can't do here?"

"No. Nobody told me anything."

"Sit down, and I'll explain. First off, this is a compound with fences and a wall and one of the fences is electrified. You and I'll live in this small building. There are eight other prisoners - all scientists, but they live and work in the large building where we go to take our meals. Other than a part of that building and a yard where we can walk, that's kind of it. No TV. No telephone. But the food is good."

"And how long will we have to stay here?" she asked.

"Oh, a couple of years, unless we figure out a way to fly over the fences."

She grimaced and walked from one part of the small house to the other. When she returned she placed her hands on her hips and faced him. "And who is going to sleep where?"

"Good question," he observed. "What you have just seen is what you get. There's only one bed. The sofa's too small to sleep on. There's no bathtub, and I sure as hell won't sleep on the floor. So we do the Christian thing and share."

"What," she countered, "sleep in the same bed?"

"Of course. You sleep on one side and I'll be on the other. I'm sure you've been closer than that to some man on an airplane or a bus, and the thought never occurred to you that there was any more to the relationship with the man next to you than sharing a double seat for a specific purpose. And that's what it'll be here, pure and simple. Which side do you prefer? When my wife was alive she always preferred the left side."

Trish gritted her teeth. "God, what did I get myself into. I wish I'd never met John Holecek."

"Shh, not so loud," cautioned Tom. "And remember that you're supposed to be my wife and my name is John, and that we're newlyweds. So call me John or darling or whatever affectionate name you prefer."

She just grimaced and shook her head.

That night at dinner Tom introduced his wife to each of the men and the kitchen help, switching from language to language. She couldn't help but be impressed, and she rose to the occasion and pretended to be the wife of Doctor John Holecek.

After dinner everyone stayed in the cafeteria and the musical instruments were produced for the regular rehearsal-concert. After the first number Tom was switched to first violin and the quartet functioned well together. At one point Tom remarked, "If we can cooperate this well on the satellite project, it ought to be a winner."

Trish thoroughly enjoyed the music and afterward asked Tom, "My dear husband, is there anything you can't do well?"

Tom thought for a moment. "I dunno. Let me think about it?"

When they went to bed, each retreated to the far side. Once during the night, Tom woke to find that he had been squeezed down to less than a fourth of the total bed with only enough covering to barely reach his side. It reminded him of his married life. He gently pushed her back to the other side and recaptured his share of the covering, and the rest of the night was uneventful.

The next morning Trish woke up to find herself in the bed with Tom. She had to clear her senses and retrace the events of the previous day to understand the why of the moment.

Tom was sitting up in bed with his arms folded. He didn't notice her wakening. He was analyzing the total situation of the last few days:

A) Something - obviously illegal - was going on involving Schultheimer AG and Rectagon. Both were large and supposedly reputable, and if either of them wanted to put a satellite in the sky, they wouldn't be the first private company to do so. Conclusion: Something crooked within the company, maybe the treasury departments that handled the tremendous cash flows of the giant corporations.

B) The idle factory was likely one of the Rectagon facilities that was either obsolete or maybe out of use since the split with Russia. Conclusion: The 24 hour guards are for maintaining security of the idle factory, but provide a good cover for the illegal activities inside.

C) He was likely somewhere in Slovakia, the country that split off from Czechoslovakia, probably near the Vistula River. Conclusion: This was not totally unfriendly territory to him, he had several good contacts in Slovakia if he decided to escape.

D) Escape. If he wished to leave, he could probably go alone any night he chose by first disarming one of the guards. He saw a couple of motorcycles on the property when he toured the facilities. All he needed was a running start, and he would be underground and soon out of the country. But, and a BIG but, what to do with the girl? She was an American, and he had picked up bits and pieces of the conversations with her husband, and he wasn't sure she was a co-conspirator with the abductors. He might have a moral obligation to help a fellow American get out of this mess.

And the other members of the scientific team? He had known them only briefly and, other than the Rumanian, he sensed that they were a decent lot. When the project was finished, whether Tom was still here or not, the whole group might well be marched into a forest somewhere and shot and sent to the bottom of a swamp. But to get a total of ten people out was a much bigger undertaking without some being killed or wounded. It could be done, but it would take a lot of pla 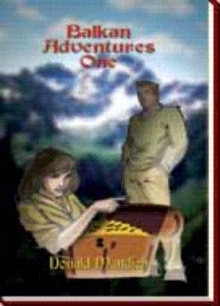 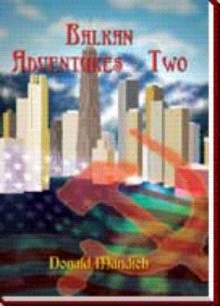 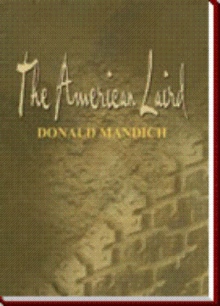 is the story about a young scientist whose wife is kidnapped to force him to work as project director for an illicit European group that intends to design and produce a satellite for hostile military purposes. A family friend - Tom Novak - has recently taken early retirement from the CIA and offers to help the young scientist recover his wife. The pursuit takes them into several European countries where the wife is found and rescued and lost again. In the process the two men become separated and Tom Novak is captured by the illicit group. He is mistaken for the scientist and finds himself being forced to lead the group of scientists in the project and to live in close quarters with the young wife or risk being unmasked. Novak decides that he definitely could escape, but should he go alone, or also take with him the American woman, and also try to take with him the group of scientists who are enslaved in the project? It is expected that the project will take at least two years if it can be done at all, and as the events unfold the relationship with pseudo wife could become more than temporary.

For many years the author was an international banker with extensive travel in over 60 countries. He has lectured and written numerous articles on banking and published two books on International Banking and Foreign Exchange Trading Techniques and Controls. He also translated and published a ten-volume work from the Tsarist era on Russian Heraldry and Nobility. He now lives in Florida and his current project is writing novels where the events take place in the various countries he has visited.