Journey To Where You Can See Forever 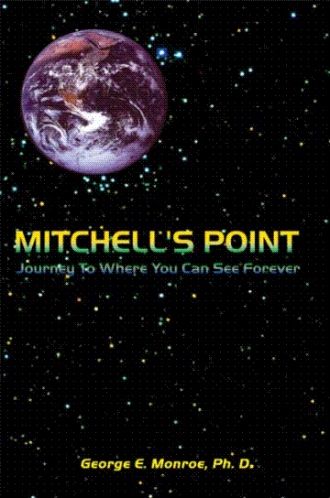 Over the next several years Gregg found himself increasingly experiencing intuitive discoveries. Flashes of insight came while he was meditating, driving, walking, running, or dreaming. They came whenever his conscious mind was quiet enough to allow his unconscious to be receptive. As he explored the meaning of these experiences, he was soon moved to reflect on how he had arrived at this potent juncture in his life. It all seemed to have a purpose. The negative and positive events in his life inevitably led him here. The negatives kept him from getting too settled in the usual and the ordinary. The positives gave him opportunities to choose "the way less traveled." Traveling in unknown territory, it was necessary to watch where he stepped and where he camped for the night. Under these circumstances he developed a curiosity for seeing beyond his own illusion and into the illusions of others. He constantly searched for the universal ideas and principles that made all illusions meaningful.

The more he learned, the more he was able to see. The more he was able to see, the more his illusion (view of the world) included. His new perspectives incorporated events and information experienced in the past with those of recent times. Time and location didn’t seem to matter. His awareness went from two and three dimensions to holographic. It was exciting. He was grateful for the learning opportunities. He often found his mind positioned at Mitchell’s Point. His view from out there grew exponentially larger and more inclusive as his vision moved outward in ever expanding fashion from this imaginary vertex position. He saw the earth was a lustrous jewel among an infinite number of objects in the universe. From that great distance, he saw that the needs of human beings would one day exceed the resources available on the planet. He understood that they were part of a marvelous manifestation of the Universal Mind that offered many opportunities to choose how they would respond to the challenge. He saw that the choices could be to respond in ways that were negative and destructive or in ways that were creative and produced better ways of doing things.

The insights he received through these channels were never frightening. They did involve problems that he knew would require hard choices to resolve. Somehow he always knew that they were not cases of fait accompli and could be resolved by learning from and working with the Universal Mind. The insights didn’t always arrive full-blown and fully developed. Often he was only able to hold on to key parts of the information received when it came in lesser impacting dreams. Sometimes a dream would be so powerful that it would abruptly bring him to the conscious level of awareness and he would have no trouble recording it in vivid detail. Most of the time he received incomplete or partial information that required serious work to uncover the message it contained. His favored approach to deciphering these messages was to place himself in a hypnotic state and give his unconscious permission to explore "anything and everything" in the archives of his mind that could help him to understand what the message was. When things began to come into focus, and he could put it into words, he would immediately try to share it with Jenna. She was a very good listener and could quickly identify the places in his thinking that were unclear and needed more thoughtful work. At dinner. While they walked. In the car. After lights out at bedtime. The latter was problematic in that his "melodic voice" sometimes lulled her to sleep and he didn’t get the benefit of her feedback on what he said.

His friend Kate was also very helpful in mining and expanding the information he had received. She always asked thoughtful and penetrating questions. She helped him make connections from what she knew about him, other information he had previously shared with her, things she had read, her personal experiences, and her own seminal intuitions.

Through such exchanges with Jenna or Kate or both he was increasingly able to receive and understand information from the Universal Mind. When he was on a particular quest, it seemed that friends and colleagues sensed his need and spontaneously responded by sending him articles and calling his attention to relevant books. Sometimes he would have a strong urge to go to the bookstore and browse the shelves. To his amazement, just the right volumes seemed to be waiting for him. More than once he had the inexplicable experience of finding a certain book while browsing after a clerk had searched the store’s computer files and told him they didn’t carry it. Once a very timely book actually fell from a shelf and landed at his feet. It seemed that the more he accepted these events and was open to them, the more they happened. 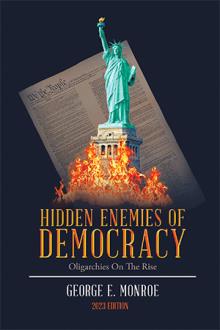 The purpose of this book is to share a revelation. The information on which this revelation is based came from the Universal Mind (God). It came in whispers. It came through dreams. It came when experiencing the heightened awareness of meditation or hypnotic trance or mental imagery. It was often received in the form of startling intuition.

The vehicle for presenting this revelation is the story of one person’s developmental journey from simple consciousness to cosmic awareness. The main character (Gregg) arrives at a potent juncture in his life where all the negatives and positives seem to feed into a central purpose. The more he learns, the more he is able to see. Events in his life that are "no coincidence" become ever more frequent and lead him to significant discoveries. These discoveries accumulate and one day they result in a powerful flash of insight that he instantly knows is something vitally important for peace in the world and the ultimate survival of human life.

George Monroe grew up in a small town in the southern hill country of America’s heartland where his creative learning style was not always understood or appreciated. His different insights were often aggressively dismissed by his family and others in the provincial environs of his home community. Numerous synchronistic experiences, including the timely appearances of caring mentors, enabled him to transcend these limitations and become a gifted teacher. In subject areas ranging from science to the spiritual, he has always vigorously pursued personal enlightenment and cutting edge information to help himself and his students think outside the box. He obtained his Ph.D. degree in an interdisciplinary program focused on facilitating change processes in organizations. He is also a Licensed Clinical Psychologist and an Approved Consultant in Clinical Hypnosis. After fourteen years of teaching at the University of Illinois in Chicago, he left academia to develop a private psychotherapy practice. He currently resides in Deerfield, Illinois.