The Fame of a Dead Man's Deeds 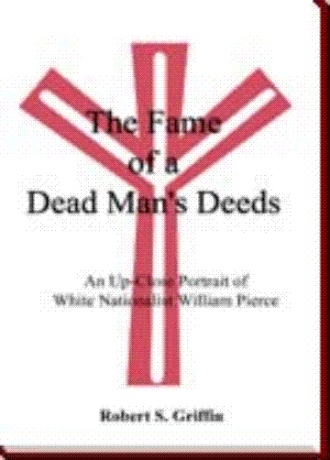 As I drove along the dirt road, the trees began to close in on the left to match the trees on the right. Up ahead they were so close to the road on both sides that they joined together over the road and blocked out the sun. I felt as if I were driving into a dark tunnel. The canopy of trees lasted with a break now and then for about a quarter mile, and then the overhead trees receded and the sun shone again, and up ahead was the red gate Pierce told me would be there. The gate was about five feet tall and blocked the road. It had six pipes across and four up and down. Top center was a small black metal sign with white lettering that said NO TRESPASSING.

The gate was closed, but Pierce said it would be unlocked and that I should open it and drive onto the property. I stopped the car, got out, and opened the gate by swinging it back toward me. I wasn’t familiar with the rental car I was driving, so after I got back into the car I looked down to see where the ignition key was and then turned on the engine. As I looked back up to see the road and go forward, a smiling, bearded, mountain-man face filled the open driver’s side window. I was startled; I hadn’t seen or heard anyone approach the car.

The mountain man, still smiling, asked me my name.

"Robert Griff--, Bob Griffin," I answered. I have had this long-standing dilemma when introducing myself. Am I Robert or am I Bob?

"Dr. Pierce is expecting you. Go right up to the top of the hill and you’ll see a place to park on the right." I learned later that that had been Fred Streed.

I drove up a fairly steep incline on the dirt road for a couple hundred feet. As I neared the top, I saw a large building to my right. Straight ahead above me was a tall, slim figure standing alone in the parking area in front of the building. He waved his arm indicating that I should turn to the right and park facing the building. I did and got out of the car and stood next to the open driver’s side door. The man, with a broad smile on his face, stepped forward and held out his hand and said, "I’m William Pierce. I’ve been waiting for you." 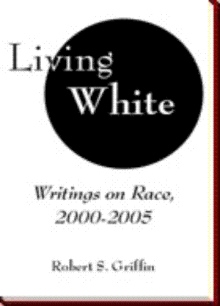 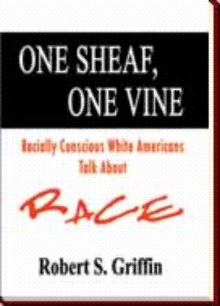 The Fame of a Dead Man’s Deeds: An Up-Close Portrait of White Nationalist William Pierce

by Robert S. Griffin is about the life and ideas of the most influential and intriguing figure on the extreme right in America. William Pierce is best known as the author of the infamous underground novel, The Turner Diaries, which has sold over three hundred thousand copies and very likely inspired the bombing of the Murrah Federal Building in Oklahoma City in 1995. An Anti-Defamation League report calls the organization Pierce heads, the National Alliance, the most dangerous hate group in America.

Robert Griffin lived for a month on Pierce's heavily guarded property in rural West Virginia and came to know Pierce and those around him. Griffin conducted twenty hours of audio-taped interviews with Pierce, which he draws upon extensively in The Fame of a Dead Man’s Deeds. The book recounts Pierce's personal story from childhood on, identifies the books and people and situations that have influenced him, spells out his perspective on the issues of our time, and describes his day-to-day routine. The title of the book is drawn from an old Norse poem which, in ways that become clear as the book progresses, captures the meaning Pierce ascribes to his own life. Pierce is put in a larger frame by accounts of the lives and ideas of other individuals on the far right, most of them unfamiliar to the general public, and references to related published materials, many of which are not readily available in this country.

Readers of this book will come away with a clear understanding of white nationalism--another label, white racialism--and its critique of American life. General readers will find The Fame of a Dead Man’s Deeds engaging and accessible, and even the most discerning readers will find this book timely, important, informative, and thought-provoking.

Robert S. Griffin, Ph.D., has written three previous books and lives in Vermont. He may be reached at rgriffin@zoo.uvm.edu.