The Mistress of Murder Hill

The serial killings of Belle Gunness 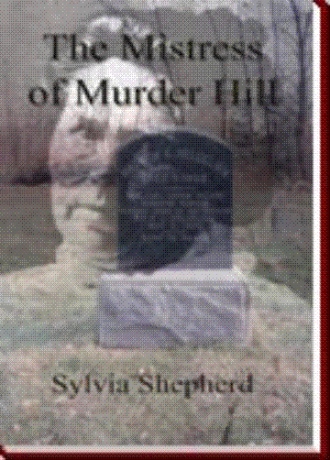 By definition, a mystery is something unexplained, unknown, or kept secret. All those elements festered inside the puzzle of McClung Road. There was the mystery of who set the fire? Was it the fire or something else that killed the four in the cellar? How many people had Belle killed? Did she have an accomplice? The greatest mystery of all: Was Belle herself really dead?

Coroner Mack, an optimist who believed "we can settle this," did admit to one small problem: "The only chance there is anything wrong with the whole affair being that a corpse was placed with the children by their mother, who fled after setting fire to the house." This "chance" was worrying quite a few people. Several things argued against the cellar adult being Belle. The dead woman's size was much smaller than Belle, who had a hefty torso. Of the four bodies found in the cellar, only the adult's was missing a head. Everything in Belle's known character pointed to another of her schemes. To think of Belle as a victim was incredible.

There were two camps of opposing opinion. Here, in a spectacular murder case, much of the opposition was absurdly divided along political lines. Republicans thought she was dead; Democrats believed she escaped. The Republicans included the sheriff, the prosecuting attorney, and one local newspaper. The Democrats included the mayor, the police chief, and another local newspaper. The mayor belonged to the same law firm that was defending Lamphere. The sheriff, as will be seen later, may have had his reasons for wanting Lamphere to pay for Belle's death. Aside from all this, and the fact that it was an election year, there were plenty of pros and cons to keep the average person guessing.

Consider the dead body's size: Belle was about 5 foot 7 and weighed around 200 pounds. The dead body, though stocky, was estimated by a couple of doctors to belong to a woman 5 foot 3 and l50 pounds. Dr. Meyer, who wasn't bothered by this discrepancy, commented: "Ask a housewife how much fat roast beef will shrink when it is cooked in a hot oven. All cooks to whom I have propounded this question agreed that at least one-third of the weight will disappear in the evaporating fat, and some of them say that the shrinkage amounts to one-half."

Next, the missing head: It had not been, and never would be, found. The heads of the three children were where they should have been. Would the larger, adult woman's head have melted in the intense heat leaving the smaller children's heads intact? To this, those who believed Belle dead said that a digger's shovel went into the ground at the spot where Belle's head had lain, thereby destroying it. Besides, her rings were found, along with the buckle of the money belt she frequently wore and the key to her safety deposit box. If the body were not Belle's, where did she get the substitute? In reply, those who thought Belle alive said she was seen driving a strange woman to the farm on the Saturday before the fire, and this woman was never seen again.

The Mistress of Murder Hill

is the story of one of the most horrifying she-devils in the history of the world. Her crimes are as terrible today as they were in l908, when the morbid curiosity of the world was focused on an Indiana farm town where a woman named Belle Gunness planted bodies like rosebushes. This is also the story of how the actual murders, gruesome as they were, became secondary to a deeper mystery that haunted all who came near it for decades. It was the possible solution of that mystery, which inspired the author to begin the research on this book and the actual solution that enabled her to finish it. The story contains all the elements of human nature that remain unchanging through the years--the search for romance through classified ads, the blood money lust that grows with success, the politics of criminal cases, and the perversity of juries. The story of Belle Gunness remains vivid to the people of LaPorte, Indiana, where the county historical society maintains an excellent exhibit about the case and where the author received seven of the photographs contained here.

The author is a former reporter and editor for The Chicago Tribune. Before leaving the Tribune, she was editor of the Educational Services Department, where she researched and wrote many tabloid-sized textbook supplements on a variety of subjects from crime to American history. Turning to free-lance writing, she continued to do supplements for the Tribune and was associate editor, researcher, and writer for booklets issued by Empak Publishing Company in Chicago. She has been a frequent speaker at seminars and workshops on the editorial aspects of newspaper use in schools. She graduated from Indiana University with a major in journalism and English and also worked as a reporter and feature writer for The Indianapolis Star. Her hometown is LaPorte, Indiana.