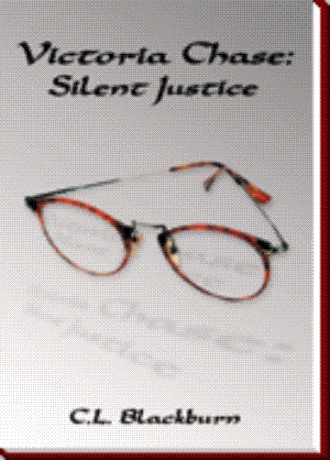 Meanwhile, across town at the Courthouse, Tom Clarke was entering courtroom C2 where his mother, Judge Diane Clarke, was presiding over the well-known Sullivan case. It was close to noon and he knew Diane was usually prompt about recessing for the noon hour. He quietly sat in the back and thought himself lucky to get a seat. The room was usually jam-packed.

"Excuse me, Counselor. Do you think this will take much longer?" the judge could be heard clearly. This was usually a signal to any attorneys in her courtroom. It was evident, that she was urging them to finish quickly so she could recess.

John Pendleton turned and answered quickly, "Yes your honor, it will. However, I think this might be a good point to recess if your honor so desires," he smiled at her.

"Yes, I do. Thank you. You may step down Mr. Anderson, but you are to be available after lunch."

The witness could barely be heard acknowledging her instruction.

"Court is recessed until two o’clock," the Judge ordered. She stood and exited the Courtroom.

Tom immediately left through the side door going around to the corridor that led to his mother's chambers. "Hi George. Mom in there," he asked, pointing to the door.

"Yes sir," was the response.

Diane Clarke hung her robe and turned to greet her son with a gentle kiss on his cheek.

"Hello there," she said, delighted to see her son.

"What happened to you? You look like you been hit by a Mac truck."

"I’m O.K. Mom. Don’t worry about me. How’s your day going?" He made himself comfortable, lying back with feet up on the brown leather sofa against the wall. "Did you know that Claire was bringing a new attorney on board?" he asked.

"Yes, I remember her. She’s Sarah’s daughter. She graduated from Harvard a couple of years ago I think."

"She’s Sarah’s daughter? You mean Sarah Cha-a--se. Oh right, of course," he threw his fist up hitting his forehead, as though a lighted bulb suddenly appeared. "Then how on earth can she be such a klutz. I seem to remember Mrs. Chase being well coordinated. I think this girl needs some lessons. She a walking disaster."

"What on earth are you talking about, Tom?"

"Nothing Mom. I’ll fill you in tonight," slowly lifting himself from his horizontal position.

Diane made herself comfortable and proceeded to open her bagged lunch, offering some fruit to Tom. "Hungry?"

"No thanks. Hey, I picked up a package for you this morning, after you left. It was lying on the stoop in front of the house." He reached into his briefcase and pulled out the large envelope with Diane’s name on it, handing it to his mother. Diane reached over the desk for the package. As she tore the end open a note fell out onto the floor. She glanced at the sender’s name and quickly reached down for the note, obviously, so Tom would not get it.

Tom noticed his mother face tighten as she tucked the piece of paper under her docket schedule. "Mom what is it?" he questioned, seeing the concern on his mother face.

"Oh, nothing that concerns you dear." as she tried forcing a smile. "Listen, honey, I have a lot of reviewing to do before court reconvenes again," she fanned the pile of papers in front of her on the desk. "So would you mind terribly letting me get to it?" She looked across the desk at him, her eyes pleading. She adored him and right now she wished he were still a child she could hold tightly in her arms. She stood and walked to the door opening it motioning him out.

"No honey, this Sullivan case is very complex and I need to concentrate. She hugged him briefly and nudged him out the door practically shutting it in his face.

Leaning with her back to the door, her eyes welling up, breathing deeply, she tried to fight off the light-headed feeling that was overcoming her. She went to get the package from under the desk and pulled the contents out. In her hand was a videotape. Her hands began to shake as she fumbled with the VCR in the corner of her chambers. Sitting down slowly into the thickly padded reading chair in front of the screen and pushed ‘play’ on the remote. She watched quietly. A look of horror came across her face as tears streamed, one after the other, down her cheeks, outwardly motionless. But inside, terror ripped at her as she let out a silent scream and the remote fell to the floor.

Victoria Chase is a beautiful young attorney, who has just moved back home to Lexington with her seven-year-old daughter, April. Soon after, she joins one of the most prestigious law firms in Boston. The Pendleton Associates' office is representing the defense in what has become a high profile case, the murder of one of April's classmates in Lexington. The murdered girl's mother is the defendant in the case. Her actions at the time of her daughter's murder have provoked the authorities into charging the single parent with the crime. The crime has received national attention and almost immediately, Victoria becomes embroiled in the case with some shocking turn of events. From the gentleness of the opening scenes to the complex and harrowing finish it is a suspense that will keep you engrossed and riveted to keep on reading.

Although the author was born in Toronto, she was raised in Los Angeles during the golden age of Hollywood, surrounded during her youth by those movie-making icons we only hear or read about today. She has also spent many years in New England raising her children. Having a long-time interest in the justice system, as well as the psychological workings of the criminal mind, she is a writer whose imagination has surpassed convention.

This, her first novel, was completed when she moved to Florida where she now resides with her family. She is currently working on her second novel.