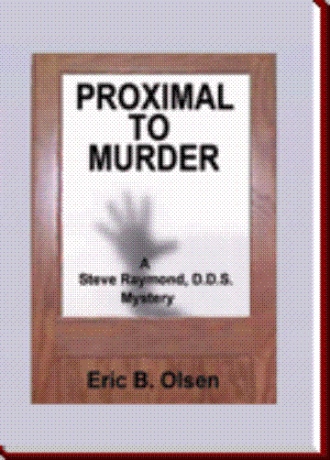 I bit down hard, my lower central incisors digging deep into the callused groove on the inside of my lip. The added pressure against the reed sent my saxophone into orbit, and the piercing scream of my horn suddenly made me think of the high-speed drills back at my office.

Despite this unwanted reminder that I should have been in bed hours ago, I held the note through several bars, letting a slight vibrato creep in just as the chorus was about to turn. Then I relaxed my embouchure and descended into the verse in a swirl of chromatics, like water down an old-fashioned spit sink. After the singer hit the microphone I laid out, content with listening to the fairly tight comping of the impromptu rhythm section as they ran through the changes of James Cotton s "Rockett 88."

It was Monday night at the Owl Caf in the Ballard district of Seattle, and every Monday night for the last ten years I d been coming down here to play. Some guys like football I like music. Between an opening and closing set performed by a host band, the stage was open to any amateur who wanted to grab a little of the musical spotlight.

You gave your name at the door as you came in, your instrument permitting entry without paying the cover charge, and the manager would put together as many ad hoc groups as he could. If there happened to be a shortage of a certain instrument, a member of the host band could usually be persuaded to join in. The last time I missed a "Blues Nite" at the Owl was eight years ago, the night my daughter was born.

The chorus was coming around again and I pushed my alto sax out in front of me, drawing the white strings of my cheap neck strap taut like dental floss, and guided the mouthpiece home. I played a backing line behind the singer and then laid out again while he went into a guitar solo. Once you got to be a regular here and if you were any good the manager usually tried to put you together with some of the better musicians. This bunch was okay.

For someone like me, who had to work during the days and didn t have the time to invest in his own band, it was a good gig. I was always dead tired at work on Tuesdays, sometimes having dragged myself in at two in the morning, but it was worth it. I still loved the feeling of being up on the bandstand. I had played professionally for a while out of high school, and when that didn t pan out I swapped my saxophone for schoolbooks and put in four years at college.

My father had been a doctor, so I naturally applied and even made it into med school, but my first year was interrupted by my father s death. I never went back. Since I already had the science background, I decided to give dental school a shot. Now I hang out my shingle five days a week doing fillings and root canals the easy ones anyway from seven to two in the Magnolia district. The sign on the door reads Stephen P. Raymond, D.D.S.

To my knowledge, no one at the Owl knows I m a dentist, and I haven t really thought it necessary to tell them. I mean, who wants to listen to Gee, Doc, I ve got this tooth that s been giving me trouble . . . all night long? Around here I m just Steve who plays the saxophone, and that s good enough for me.

Onstage, from the end of the long narrow room, I looked out over the sea of tables on the left and the bar that ran the length of the room on the right. Stacy, the bartender, caught my eye and I nodded, then she held up an empty schooner and I nodded again. It was the last song of the set, and she knew I was going to need a cold Heineken when I was through.

Looking back at the half-filled room, I thought about how I d met my wife in this very bar when we were both still in college. She used to come and watch me here every Monday and I missed seeing her blue eyes out in the audience looking back at me. Busy daydreaming, I hadn t been paying attention to the music, and when the next chorus came around I wasn t ready.

I was just swinging my horn up to my mouth, knowing I was going to be half a bar too late, when the rhythm guitarist brushed passed me and broke off the end of my reed. I d tried to move out of his way as soon as I saw what was going to happen, but he still managed to turn that thin sliver of cane into a jagged mess. When I heard the crunch I winced as though it had been a part of my own body, and not because I couldn t afford to buy a new reed I had half a dozen in my jacket pocket. It s just that a saxophone reed is such an inconsistent commodity, when you find one that really plays well, you want to hang on to it as long as possible. This one had been perfect.

I loosened the ligature on my mouthpiece and extracted the reed like a bad tooth, while fishing in my pocket for another. That s when I noticed that the guitarist who d broken my reed kept on going right off the stage. He took a header onto the dance floor, his axe unplugging with a loud electrical pop and his skull hitting the floor with a dull thud. A gasp went up from the dancers, and the musicians stopped playing, except for the drummer, who blindly banged out the last few bars of the song.

The final cymbal crash was still resonating in my ears when I jumped down off the bandstand. If there was some unconscious reason that I had wanted to keep my being a dentist a secret, it was too late now. Though I was a doctor in name only, I d taken many of the same classes M.D. s take in med school, and the frozen stares of the people in the club made it a sure bet I was the only doctor in the house.

I yelled for Stacy to call an ambulance and she gave me the thumbs-up. The new fire station was only a couple of blocks away so I knew it wouldn t be long. When I felt his neck and didn t get a pulse, I managed to enlist some of the braver dancers to help me turn him over. He was lying face-down and I unfastened the guitar strap first and took his head in my hands, then all of us gently rolled him onto his back.

He looked about my age, early thirties, but a bit on the scruffy side. He had a beard and long hair that hadn t been near a bottle of Head & Shoulders in a while. His clothes weren t much better well-worn jeans, heavily creased with dirt, a gray, stained sweatshirt, and a thin pair of canvas sneakers with no socks.

As soon as I put my hand around his throat again I knew, but I began CPR anyway. When the ambulance arrived three minutes later, my diagnosis was confirmed: he was dead. 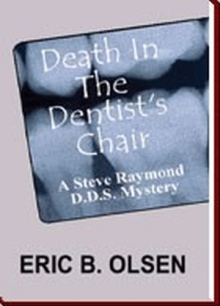 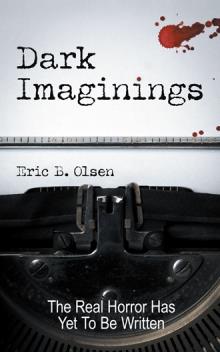 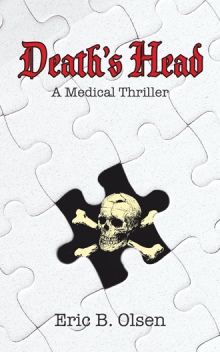 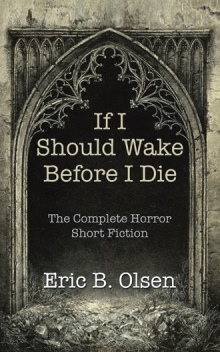 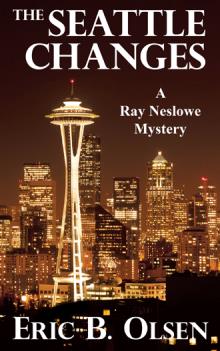 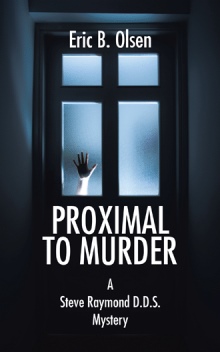 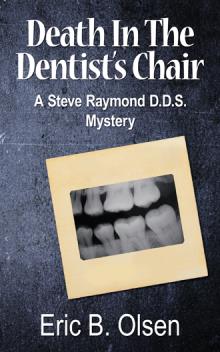 Steve Raymond never wanted to be a cop. He never wanted to be a private eye. He was, in fact, a member of the nice, quiet profession of dentistry. So the one thing Steve Raymond, D.D.S., never figured on was having to solve a murder. Then one night, in a local Seattle tavern, Steve is the only doctor in the house when a local musician collapses onstage. The mysterious circumstances surrounding the musician's death gradually pull the reluctant dentist into conducting his own investigation. But no one else believes it's murder: not his wife, the lawyer, or his best friend, the cop. Steve is on his own this time, as he tracks down the most unexpected killer of all, and finds himself Proximal To Murder.

In addition to being the author of the Steve Raymond, D.D.S., mystery novels, Eric B. Olsen is a high school history teacher. He is a graduate of Hoquiam High School, the University of Washington, and Saint Martin's College. The inspiration for the novels came from his father, who was a dentist for many years in Hoquiam, Washington, and his own love of music. Mr. Olsen is also a practicing historian, currently at work on a non-fiction history of jazz, as well as a biography of a well-known jazz pianist. He lives in the Pacific Northwest with his wife and two sons.

To keep up on the latest news about Dr. Steve Raymond and the dental mystery series, visit Eric B. Olsen's web site at: