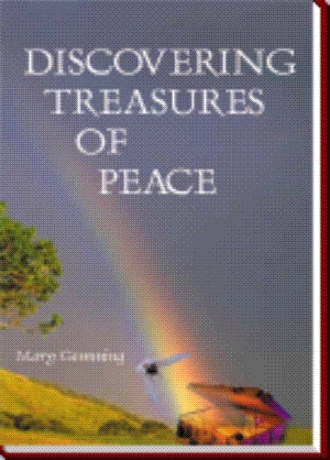 'Will you marry me?'

Ken asked me the question I had dreamed of hearing after dating him for eleven months. But instead of being elated, something strange happened. An eerie, invisible force was pushing on my chest! I felt a jolt so strong that Ken's arms dropped away from my shoulders. A terrible feeling came over me. I noticed a startled look on Ken's face. He was experiencing something, too, and must have been as astonished as I was.

Many moments went by as we sat in his car in front of my house trying to understand what was happening. At eighteen, I didn't know what to do. Finally, this handsome young man said in a puzzled voice, 'What's wrong, don't you want to marry me?'

Still dumbfounded, all I could say was, 'I-I don't know.' My thoughts were not clear. Only one thing was certain: My answer was not supposed to be yes. But it did not make sense at the time. I was nuts about Ken! He was charming and a lot of fun. We seemed compatible. I knew I was in love with him. However, I had an inner feeling that something was wrong.

After that night, our relationship became awkward and unhappy. We would break up, then get back together. We really cared about each other, but a continuing feeling of uneasiness ultimately drove us apart.

A few years later, I heard that Ken had gotten married. Shortly thereafter, I read in the newspaper that he had been arrested for beating his wife. This turned up several times in the newspapers. I found out that he had cheated on her, too. In the end, it became obvious that I had been protected from physical abuse and marital infidelity by following an inner faculty.

If you think about it, a similar phenomenon may have happened to you. A 'hunch' or 'gut feeling' will come over you to strongly guide you toward one path, or away from another. Sometimes the messages come seemingly at random. They can apply to a future event, or, as with my response to Ken's proposal, to something that is happening right at that moment. What inner faculty makes it possible to receive these messages? The most accurate word for it is intuition. Some individuals call intuition a 'sixth sense' because it goes beyond the realm of the five physical senses.

What is intuition? The American College Dictionary defines it as a 'direct perception of truths...independent of any reasoning process.' That is a good formal

definition to satisfy the rational thinkers out there, but I have to say that intuition is much more than that. To me, intuition is a sacred key that unlocks the door to higher levels of knowledge and consciousness.

The highest level of consciousness is Universal Mind. Spiritual people call this power God; some scientists call it energy, and others cannot define it at all, although they have a feeling it exists. We are a part of this Great Intelligence. We have an incomprehensible relationship to it. It is within us, around us, and penetrates every living object. Religious Science teaches that God, the Universal Spirit, operates through a Universal Mind, which receives our thoughts and acts upon them, even communicates messages to us, through intuition.

The good news is that we don't have to wait for those messages to come to us; we can learn to tap into Universal Mind for all the answers we seek. As society's consciousness expands, more and more people will be benefiting from the effects of following their intuition. This capability has been lying dormant, waiting to be awakened. It is through intuition that we learn to disperse those erroneous influences which cause us to believe we are other than what we truly are. In the first stage of Self-realization it is necessary to have the intuitive power to discern ourselves as a pure conscious Being. When you learn how to access this power, it can change your life for the better, as it has changed mine.

Intuition is an inner power so deep, we have barely touched the surface of it in our human understanding-perhaps this is why so many students have found the subject fascinating. It manifests in several different ways. We shall focus on the following ways: clairsentience, clairvoyance, clairaudience, telepathy and psychometry.

The purpose of this book is two-fold:

1) To understand how to fully utilize your inner power so that you can rise to a higher quality of existence;
2) To comfort those who have had their share of life's struggles. You will learn how to calm hurt and confusion and find the spiritual light in order to spend the rest of your days surrounded by gentle love and peace.

"Mary's first book, Mystical Secrets of the Stars was so inspirational. Now we have Discovering Treasures of Peace which will surely help many people achieve peace and joy." -Esther Gordon, CEO, Eden Literary Agency.

Mary Gemming is a teacher and minister who has utilized her intuitive skills to help others sustain peace and harmony to manifest a more positive life since 1978 in New York State and Florida.