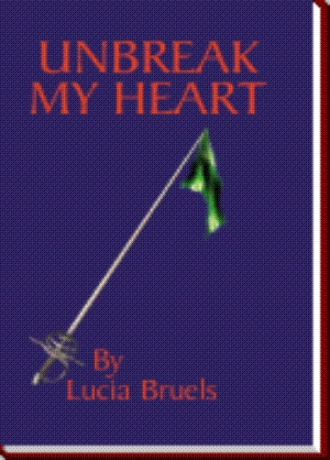 "Are you all right, Angelise? I was asking you to come with me to the dance and dinner two days hence. The Duchess of Angou s husband has just arrived home from France s latest campaign, wounded but delighted to be alive. I haven t been attending parties myself and everyone will be there." Without waiting for an answer, Andre jumped from the carriage and held his arms up for her. "This will be your re-introduction to society and I can show you off."

His hands felt wonderful as they sprayed out about her waist. He let them linger there, his thumbs caressing the underside of her breasts, his knowing eyes watching her, his lips curved into a smile.

Annoyed by his self-assurance, she brushed his hands from her and took his arm. "I would love to attend with you, Monsieur." The toss of her short curls was saucy as she attempted to stop the fluttering of her heart.

"Oh, and do not wear a wig. I want to hear the gasps from the matrons when those wispy curls appear. We ll say it is the latest fashion in the colonies." Andre followed her inside and drew her to him. "Be prepared for some vicious women. Now that I m back I seem to be on the list of most eligible bachelors, even at my age."

He bent down and whispered into her ear. "I m sorry about tonight. I ll dream of you." His tongue tickled her ear before he nipped at its tip. When she turned to him his mouth covered hers, parting her lips as he tasted of her. "Good night, Cherie."

He was gone. Angelise stood alone in the hallway for several minutes. She couldn t believe he could just walk away. She was having trouble behaving at all like a lady where Andre was concerned. She wanted to run after him, beg him to stay. Instead, she took a deep breath and climbed the stairs.

On the drive back to his townhouse, Andre shifted uncomfortably. God, how he had wanted to take her upstairs. But this time he would go slower, not frighten her into running away, leaving him. They were made for each other and they both knew it. Why fate had seen fit to forever separate them he didn t know but she would be his wife this time. He had enough power now to arrange it.

Angelise slept little that night. She was cross the next morning and just a bit angry at Andre. He had no right to entice her and then just leave. She had dreamed of him, of his hands caressing her body, the way he felt when he entered her. "I wouldn t allow him to touch me if he were here right now," she murmured under her breath as she pulled the brush though her curls. Her head hurt and there was an ache between her legs. She shifted on the velvet bench as she stared at her reflection in the mirror. There were shadows beneath her eyes.

She hadn t heard the door open. When his hands appeared about her shoulders, she shut her eyes for a moment. She was still dreaming, that was it. Andre took the brush from her hand and laid it on the dressing table. He moved to stand before her and lifted her to her feet. She couldn t speak but only gazed at him, her lips parted.

One strong arm slipped under her legs and she was lifted to nestle against him. Her robe opened and her bare breasts pressed to his chest. In three strides he had deposited her upon the bed and stooped to remove his boots. The sun was beaming in the window, making his black curls look like polished ebony. One lock fell across his face as he removed stockings, then straightened to pull his shirt over his head. He looked at her then. Her eyes devoured his every move but she hadn t said a word.

"I couldn t do it, Cherie. I couldn t sleep knowing you were so near. I would court you proper but it comes down to this. I cannot keep my hands off of you. It s indecent but I had to have you - now."

He smiled down at her, kissing her neck, a breast, still teasing her.

"I couldn t wait. I gave your servants the day off and locked the door. Madam is not at home." He looked like a mischievous boy. His eyes were a twinkling golden brown.

Andre woke first, used to rising at dawn. Disoriented, he stared at the blue curtains enclosing the high bed. Angelise stirred, her leg now between his thighs. He grinned, remembering the past sixteen hours. Then he heard noises below. Good lord, the servants were back. He leaned to kiss the rosebud lips and tease her nipples, then climbed from the bed. He had only time to pull his pants and boots on; the pants still unbuttoned, when the door opened. There stood Louise, her cap askrew as usual, a breakfast tray in her hands.

Her mouth formed a large oh but no sound came out. Angelise chose this moment to waken, stretched and sat up. The cover puddled about her waist, the rosy nubs of her nipples taunt still from her lover s kisses. She smiled sleepily at the little maid, her lips full and swollen from the love-making.

"Whatever is the matter, Louise?" Then the beautiful memories flooded back and her eyes fell on Andre at the same time. Her face flushed with color and she pulled the sheet upward. 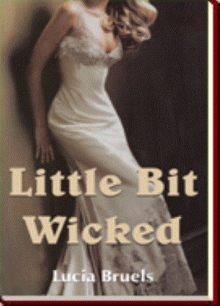 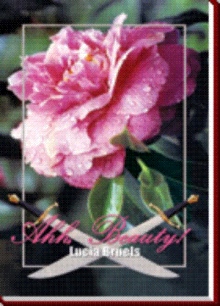 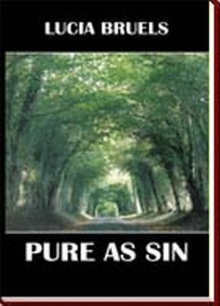 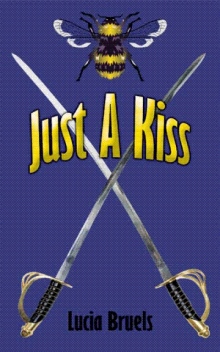 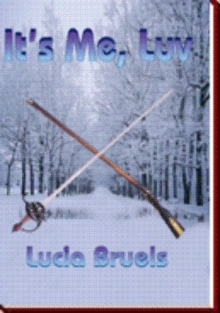 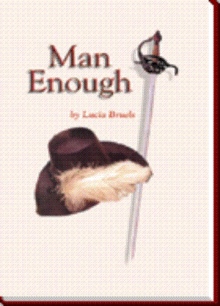 Andre and Angelise s torrid love affair begins with a wager in the ballrooms of Paris, 1692. Surviving estrangement to the sugar islands and tidal rice fields of the New World, civil strife in the French countryside, and war with Spain, the love adventure spans more than a decade. The tale is enough to fulfill any twentieth century fantasy of history in all its twisting but delightful sensuality.

Lucia Bruels lives in South Carolina. Her passion is history, travel, reading, genealogy, and beaches anywhere. Her husband is from "the north" but she is still very much a Southerner. She s worked most of her life in information technology - that s computer world - and began writing to relieve stress; it quickly became a passion. To her, the historical research is almost as much fun as the story. There will be more yarns to come but you can bet they ll be set in the exciting and sometimes cruel days of times past.