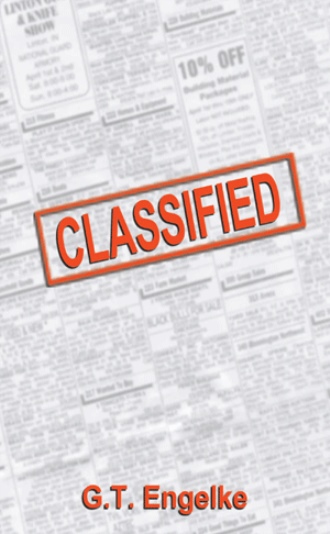 Lt. William Harold Ryan stepped out of his black on black, no chrome, no looks, no class, department provided, 96 Crown Victoria and stretched his arms skyward. It never changes 5:30 AM is always 5:30 AM, and his body still lets him know that it would have enjoyed a few more hours of sleep.

'Well, Billy Boy, what do you think today will bring?' He asked himself as he felt the muscles in his back resisting the stretching and felt them protesting it as well.

The one thing about being a Homicide Detective was that it was never dull. In the past years he had seen the worst that humanity could do to itself.

'I guess that is what keeps me young,' he thought, as he turned toward the curb and started walking towards the main entrance of the Precinct House. Nineteen years of service, with the last ten years having been spent walking through the doors that he now approached.

ordered to break up a boring day. The teapot is in the kitchen if you follow me I'll show it to you.'

With that Peggy turned her back on a stranger for the last time in her life.

Allen pulled the stun gun out of his coat pocket and stepped behind Peggy saying 'You have a beautiful home here' just as he pressed the stun gun against her right side and pressed the trigger. The blue arc of voltage hit her like a bolt of lighting and Peggy dropped to the floor like a sack of sand.

Allen grabbed her by the wrists and pulled her into the kitchen. He was not happy, the kitchen had a tile floor and the hall going back towards the rest of the apartment also was of tile. He dropped her wrists and stormed into the kitchen to see if the attached dining area was wood or tile floors. The dining area was highly polished oak flooring and this made him smile. Allen rushed back and grabbed Peggy by the wrists again and dragged her into the dining area pushing a chair and the table to one side with his backside.

Allen took his first good look at Peggy Falkner and was quite surprised at how attractive she was. He hurried back into the hall and retrieved his bag that had fallen when he grabbed Peggy's arms to pull her. He got his knife out of the bag while walking back to where Peggy lay. When he got back to her he flipped his wrist and the knife snapped open with a resounding click. Bending over her he placed the blade under the front of her blouse and cut her blouse, bra, and belt in half in one quick motion. He then cut down each sleeve of the blouse and each leg of her slacks, cutting panties and slacks in half allowing him to remove all of her clothing with little, if any effort. 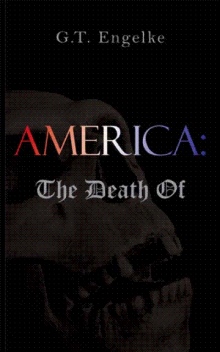 Detective William H. Ryan leads the detective squad that is placed on the front lines to solve high visibility multiple murders. Murders that involve the excessive use of phlebotomy, the practice of opening one's veins to draw out the blood, and truculent and sexual torture. Their investigation and search intertwine and draw members of Ryan's family, organized crime, and the love of his life into the fray. The killer is smart, rich, and immutable in his quest to satisfy his unquenchable desire to kill and enjoy the pain and suffering he inflicts. Detective William H. Ryan is drawn, pulled, pushed and driven through levels of emotion that he never believed existed. His skills, abilities, and multiple avenues of information gathering are stretched to their limits.

The involvement, and the unknown inter-workings, of organized crime interwoven with the hard-working Detective Division of a big city police force, offer some level of understanding of the complexities of finding the guilty. They all are striving to reach this one goal, with different conclusions in mind, and in their efforts offer some insight into the complex worlds that one must pass through to attain this goal.

The investigation of all that confronts Detective Ryan takes one through many strange twists and turns and visits many dark places. Places that only excessive emotion can create, and/or cause to develop, places that are sometimes better left unvisited, investigated or disturbed.

Gilbert T. Engelke Jr. was born in 1947 in New York, New York, and now lives in Savannah, Georgia with his wife, Janet. He is a graduate of Pacific Western University with a degree in engineering. He served in Vietnam with the U. S. Army as a Combat Medical Specialist from 1966 through 1968 and is a member of the Disabled American Veterans Organization.

He enjoys the outdoor sports of golfing and fishing and the inside activities of reading, writing and time with Janet and their Bullmastiff, Angel. He currently is the General Manager for the local branch of Siemens Building Technologies and will continue to write as long as the words and breath continue to happen.