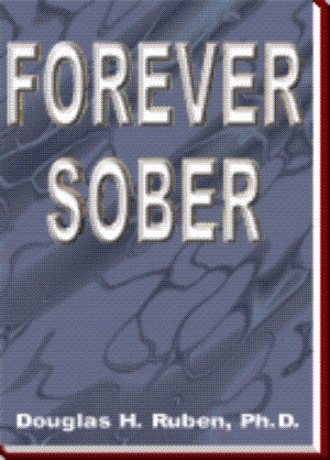 Are you a statistic? It's easy to become one. Ten million adults and estimates of over 3 million young people under age 18 are alcoholics. That's right, 'Alcoholics.' The word itself is a funny way to describe overusing a substance regarded as normal in many parts of the world. In Europe, for example, wine is like water; adults and children alike consume it with meals and for refreshment. In America, wine, beer and mixed-liquor habits are less cultural and more a social fad. You drink because it seems normal. You either grew up seeing your parents or relatives drink it. You drink because high school or college friends drank and now your habits carried on into your family life. Or, you drink because drinking does for you what a pill can do; it relieves something you don't want to feel.

Whatever the reason, drinking alcohol is only a problem when you begin to observe unusual warning signs in your life. Or, if you don't catch them-beware that others will. In this chapter you'll discover exactly when too much drinking is really too much and why lingering habits are just an excuse for not changing. But here's what you shouldn't expect from this chapter or book:

Sorry, I don't do conversions. But you might. You might undergo such a strong transformation in thinking like a nondrinker that you won't notice yourself. You may feel like you had emotional reconstructive surgery. And, assuredly, the new you may be better, not worse. You won't be transformed into some personality you think is weak, boring, and idiotic.

I don't turn people into idiots. I help them turn into competent, productive survivors of habits. And you're about to embark on the road to becoming this person.

And I want you to preserve your personality every step along the way of becoming a nondrinker. So, let's get started by sampling a taste of red-light-signals of drinking. You alone can figure out if you're on the one-way treadmill of drinking for the sake of drinking.

Why Yesterday is Gone

Alcohol is among the most common addictions in the world. You're not surprised, are you? Research overwhelmingly argues that early drinkers and users of mind-altering drugs are nuclear missiles headed for disaster. By adult age, casual drinkers turn heavy drinkers and are comfortable ingesting large quantities during the morning, day and night. That's a lot of drinking. Does that describe your drinking habits?

Can you fathom that? Morning, noon and night? Make a comparison to any other liquid or solid you regularly consume to get an idea of this quantity. Like, for example, lemonade. Can you imagine drinking several glasses of lemonade throughout the day? How about chewing one to two packs of gum from morning until midnight? Any food or substance taken in excess seems a bit compulsive, doesn't it? If you're not sure how preposterous this sounds, think of it this way: imagine taking 10 to twenty showers a day. Now, assuming you were not in a diseased-controlled environment requiring constant bathing, do you think you could undress, shower, and re-dress that many times in a day?

Probably not. Doing anything in large amounts requires two things:

First, you are either totally unaware of what you're doing and easily distracted. Or, second, you are methodically aware, calibrated and careful to repeat your habit multiple times a day. Extremes in either direction are the norm. Exceptions are possible but rare. For drinking, either extreme applies as well. Inattentive drinkers and habits are Drifters. Drifters go through life oblivious to their actions and are impulsive, disorganized and procrastinate on everything. Promises they make are shallow and unfulfilled. Drifters may drink two beers in early afternoon and seven beers in early evening without any connection between drinking episodes.

They don't 'connect,' since time elapse is relative. They live hedonistically for the moment and are forgetful of what they did earlier. Spontaneous, energetic and lively, Drifters seek a thrill-seeking, endorphin-pumping climax stimulated by high arousing pleasures. They are not content with a cocktail or with drinking alone. They drink for the euphoric effect in mixed company and thrive on the uninhibited person they become.

Their alter egos are Calibrators. Smart, savvy and methodical, Calibrators are human engineers. They know exactly what they are doing and how much alcohol will produce a desired effect. Daytime and nighttime drinking is not coincidental. Calibrators calculate their anticipated arousal down to a science. They can predict, control, and expect to get blasted on the dot. Although premeditated and decisive, Calibrators are shy. They are not barflies or socialites yuk-yuking it up around friends and strangers. Nor are they spontaneous.

Calibrators are precise They choose the time, place, and people around whom maximal drinking effect is achievable. Perfecting alcohol intake is not an art; it's an act of survival. They've learned to survive alcohol dependency by pretending they are still in control. That way, no matter how drunk they get, Calibrators can lie to themselves that they know what they are doing.

Addictions specialist, Dr. Douglas Ruben has done it again! His latest book explodes the myths of alcoholism for what it is: A power-hungry craving programmed in childhood. Forever Sober graphically reveals secrets of rapid nondrinking and lasting sobriety. Explicitly told is why addicts drink, why sobriety fails, and what to do about it. And that's not all.

ASK HIM--What drives alcoholics to abuse? How does it consume their lives? Is changing addiction like flicking a light switch? And when is recovery really effective?

DOUGLAS H RUBEN PHD is a family and addictions psychologist and media consultant. He is author, co-author and 'scriptdoctor' of over 40 books, two screenplays,and over 100 professional articles. Seen on DONAHUE and two national infomericals, plus TV and radio coast to coast, his recent self-help books include BRATBUSTERS: SAY GOODBYE TO TANTRUMS & DISOBEDIENCE; NO MORE GUILT: 10 STEPS TO A SHAME-FREE LIFE; AVOIDANCE SYNDROME; FAMILY RECOVERY; 60 SECONDS TO SUCCESS; and ONE MINUTE SECRETS. He also wrote the blueprint for other authors with YOUR PUBLIC IMAGE: TV, RADIO, and PRINT MEDIA IN CLINICAL PRACTICE, and WRITING FOR MONEY IN MENTAL HEALTH. Remaining books are scholarly for college libraries. Dr. Ruben is in private practice and president of Best Impressions International Inc, a media consulting firm.