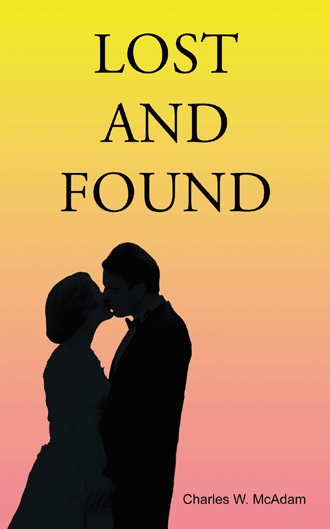 "Mom sure needs a change, Dad."

"Don’t we all, Hugh. Don’t we all." he answered with a deep sigh, while reaching for his package. The empty glass standing on the lamp table confirmed what Hugh had suspected. His father had finished a bottle and gone for another when Hugh saw him entering the house. He poured a generous portion, which Hugh saw as an act of defiance. His father was saying, in effect, "Yes, I’m a drunk, and I’ll continue to drink as much as I choose."

"Dad, before you drink that, I have to talk to you."

"Why should this interfere?", resentment creeping into his tone.

"Why? Because what I have to say is very important."

"So is what I have to do," and he swallowed the drink.

He decided to challenge his father; to hell with patient understanding! What had it accomplished in the past? "I want to marry Liz, but I don’t see how I can."

"What’s stopping you?" he asked, reaching for the bottle.

"Your drinking, for one thing! Not just now; all the time!" Hugh was already angry.

"Nonsense! My drinking is none of your damn business, and I’ll thank you to remember who you’re talking to!"

"How can you say that? None of my business? Every time you drink too much and pass out somewhere it’s been my business!"

"Now, see here, Hugh! I’m not ungrateful for the times you helped me, but be honest. You did it more for her than for me, so don’t go-"

"What the hell has that got to do with it? Whatever I do for either of you I do for both! Stop playing the martyr, Dad! Stop feeling sorry for yourself. Instead, do something for all of us and for yourself. See someone about your drinking. Don’t you see what it’s doing to us, all of us? Or don’t you care?" His anger had reached a level he had never before experienced. His face was crimson, his hands clenched into fists on the arms of the chair. His head became light and he felt capable of floating. He then became dizzy and had to clasp the upholstered arms. He was barely able to control this passion, a level of anger that was alien to him. He remained seated.

"Have I said anything that’s not true? Have I asked any questions I have no right to ask? Don’t talk down to me as though I were a boy. I’m your son, but I’m also an adult."

"You’ve got a goddam smart mouth and no respect for your father!" He was now unable to pour the whiskey.

"RESPECT? You dare to use that word? You’ll get it from me when you give it to Mom, your wife!"

"You’ve no right to say these things to me. I’m your father, not some no good worthless, drunken bum....." He had gotten to his feet, but then he sat down again in silence, bewilderment in his eyes, no longer any fire.

Hugh almost went for the bait, as he perceived it but, difficult as it was to continue, and struggling to contain his hot tears, he would not relent. It was this man’s infirmity that had cast a pall over his hopes for happiness, a lifetime spent with the woman he loved so dearly. Yes, others contributed to the spawning of this convulsion that was about to choke off all access to happiness for him, but no one did so more abjectly than he. He had vowed before God’s altar to "love in sickness," yet he had all but abandoned the bride of his youth. Perhaps Hugh would have continued serving his parents as he had been. He might have survived the emptiness and sadness of his home, but he had fallen in love, and he understood what that meant. He had learned, by contrast, what havoc its absence had wrought within his family.

"Do what?" His father was now resorting to a time-worn ploy in an attempt to feign ignorance of his transgressions.

"Place me in a position where I have to choose between my love and concern for Mom, and my love for Liz. Do you realize I have to tell Liz I can’t marry her?"

"I’ve done no such thing." He poured his second drink.

"Dad, for God’s sake look about you! What happens to Mom if I leave? Who will care for her as I have?"

"That’s not your concern. It’s mine," the father answered, lowering his voice.

Hugh also lowered his, realizing he had never before spoken to his father in such a manner. "You haven’t made it your concern, and I won’t gamble Liz’s happiness on the slim chance that you will. Can’t you see that I can’t leave home with things as they are? And I won’t have Liz live here, even if we were invited to until we found a place. I will never ask my wife to do what my own family members won’t do."

The father sat there, somewhat stupefied. The alcohol was again serving its main purpose. He worked his mouth, but words eluded him. The six ounces of whiskey was supplying the escape route he desperately sought. He reached for the bottle again. An aspect of disgust on his face, Hugh groped for words to express it. "All my life you and Mom taught me about taking responsibility for my actions, especially for my mistakes. I’ve done just that with very few exceptions. Now I find that responsibility can be a two-edged sword, a blessing and a curse." His father paused before pouring his third drink. "It helped make a man of me, but it also provides a convenient means for others to evade their responsibility. Yes., Dad. I’m talking about you, Richard, and Rose. It’s so clear to me now, how I’ve been used by the three of you. And for the past four years I’ve been telling myself how grateful I should be because you did so much to help me get through college." Control of his anger deserted him. He had gotten to his feet before his inebriated father, raising his voice to its previous level. "What about what I’ve done for you. I don’t mean escorting you home from taverns when you got drunk or cleaning up your vomit from the floor and your bed after you poisoned yourself with alcohol! I’M TALKING ABOUT HAVING TO DO THE MOST BASIC THINGS A HUSBAND IS SOMETIMES CALLED UPON TO DO FOR HIS WIFE!" The young son was now the personification of anguish. He paused to take a few deep breaths, for he feared losing control completely. His father was nothing less than astonished, again unable to pour his drink. He stared meekly at his son, as much a stranger to him as sobriety. "You......and my brother and sister stood by and let me fill the void that you created so that all of you could continue with your selfish, self-serving lives. You have the nerve to tell me it’s your concern. What concerns you most in life is the availability of the next bottle, not Mom’s total dependence on others just to reach her wheel chair each morning." Suddenly a calm came over him; he had emptied himself of all hope, and despair sought entrance. He turned and left the room, went to his own and locked the door.

Liz Culkin and Hugh Staynback experience love at first sight while students at Rutgers College in New Jersey, in 1948. Glorying in their first experience in romantic love, they are convinced that no power on earth could ever come between them. Of course, they are mistaken, as Hugh's commitment to his invalid mother coupled with his other family members' refusal to commit themselves to such an intrusion into their lives, leads to a truly heartbreaking separation of the lovers. This tale traces their lives, alternately, over a span of twenty years during which time they experience the good and the bad, with the latter, especially in Liz's case, being the dominant condition. As a high school principal she becomes entangled with a succession of men of power who resent her success in a male-dominated society and her fierce determination to stand by her principles regardless of the cost to herself. While she is surviving these twenty years, she often longs for the love and devotion she thought she had found in Hugh, who also experiences many difficult years, especially when he is exposed to the ravages of war in Korea. It is during those most difficult years when he frequently immerses himself in his memories of Liz and of the ecstatic love they once shared. Then, one day in 1972 Hugh decides that he must find Liz, and he launches his search in a most unorthodox manner, by reserving a banquet room in a facility in Hackensack, N.J., where he fully intends to be a groom at a wedding reception in the near future.

Charles W. McAdam, a retired teacher of English with the Fort Lee, N.J. school district, is a life-long resident of New Jersey. A Korean War veteran, he lives with his wife, Renee, and is the father of five and grandfather of eight. Lost and Found is his first attempt at fiction, though his is currently working on his third novel. Having subscribed to the theory which holds that everyone has a novel within himself if he will just reach within and give it life, he went about the task of doing just that. Liz Culkin and Hugh Staynback were thus created. The McAdams have made Secaucus, NJ their home for over forty years.