by Will J. Sims 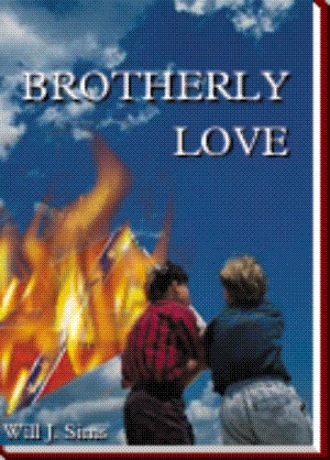 My name is Will Taylor and I was born in December of 1963 in the small Bible Belt town of Brandon, Mississippi.

Throughout my childhood, my mother would often say, "Your birth year will forever be remembered in history."

That was the year that the famous civil rights leader Medgar Evers was assassinated in nearby Jackson, Mississippi. The year of 1963 will always reserve a special place in the history of the struggle for equality in America.

The town of Brandon, Mississippi was home for a population of around 2,000 at the time my brother James and I were growing up. It consisted of several Mom-and-Pop stores and businesses, a small jailhouse, and one traffic light in the middle of town. The town was divided by imaginary racial boundaries that separated the blacks living on one side of town from the whites living on the other.

Brandon is a small town located just down the road from Pearl, our fiercest high school rival and the town where the so-called cult member Luke Woodham shot several of his classmates.

Brandon has two claims to fame: as the one-time home of Mary Ann Mobley, actress and former Miss America, 1959; and the town s name was used at the beginning of the movie Platoon.

In the middle of town stands a thirty-seven foot monument of a Confederate soldier with a Confederate flag in one hand and a rifle in the other. The inscription: Men Die, Principles Live Forever is engraved at the base. The monument marks the site where, during the Civil War, General Sherman had his Yankee soldiers stack arms while they burned and looted Brandon on their way to Vicksburg. For whatever reason, the people in Brandon seemed to accept the monument as just another part of the town, and its presence was no big deal to most of them. As a kid, though, I wondered why it didn t seem to bother anyone other than my brother James and I. Even today, the monument still stands, serving as a reminder of the troubled past rooted deeply in the red hills of Mississippi.

is the Emmy winning story of Will Taylor s escape from the barriers of a small Mississippi town, in order to achieve his dream of becoming an Air Traffic Controller in the Federal Aviation Administration. It is the story of Will and James, brothers whose lives take distinctly opposite paths. Will s life is falling apart. He tries to please his mother, wife, brother, and employer, and ends up pleasing no one.

is the winner of three Emmy awards; Best Producer/Director, Best Informational Program, and Best Lighting. It also won the Procter and Gamble Dreambuilder Celebration Playwright Competition of 1999. The movie is currently airing on network television, with the theatrical production being presented in the spring of 2000.

Comments about the TV movie:

"The opening scene pretty much dictates the tone of the show. Sims, and his brother, walk by a Confederate statue in Mississippi and James spits on it." Skip Hess, The Indianapolis Star/News, Indianapolis, Indiana.

"Brotherly Love, a script written by Will J. Sims of Indianapolis, is the story of Will and James, brothers whose lives take opposite paths. It spans 30 years in the life of a man who must make difficult choices when brotherly love stands in the way of his dreams." Herald-Leader Staff, The Lexington Herald-Leader, Lexington, Kentucky.

"Jim Friedman, one of the city s most oft-awarded filmmakers with 42 Emmys and a housefull of other awards, is gearing up for the production of Brotherly Love. The outstanding script, written by Will J. Sims of Indianapolis, is about two brothers whose lives take different paths - one self-destructive, one successful." Jim Knippenberg, The Cincinnati Enquirer, Cincinnati, Ohio.

An avid Indianapolis Colts and Indiana Pacers fan, Will currently resides in Indianapolis, Indiana, with his wife Lisa, and their two children, Kristin and Corey. His previous works consist of short stories and novels, however, "Brotherly Love," is his first produced novel and screenplay.

Although Will considers writing strictly a hobby, he dreams of becoming a full time writer. He believes the major problems in society exist due to the decline of family values, and has vowed to continue writing life-affirming material.

Send questions or comments to: SmlTwnEnt@aol.com.