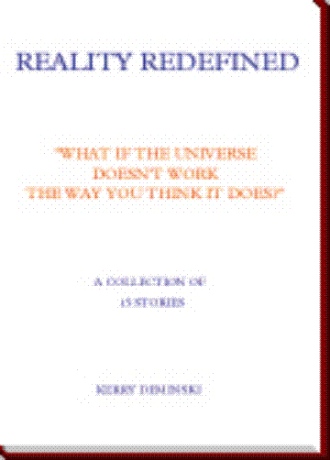 'Have you ever been in this situation?' Kendrick Kincaid asked as he looked at the audience. 'You really wanted to bring your wife or your girlfriend some flowers but it somehow slipped your mind. So you end up standing outside her door and wishing there was some way you could magically get your hands on some flowers, because let's face it, guys, what you did really has her mad.' There was some knowing laughter from the audience. 'Yeah, you men out there know what I mean. I gotta tell you, I get my girlfriend as ticked off as often, maybe more often, than you do. But flowers are never a problem.' He pushed his sleeves up to indicate nothing was concealed there and began producing flower after flower out of nowhere. Gasps of nearby audience members were clearly heard on the tape as the colorful flowers continued to appear. Owen remembered fiddling with the vibrator rheostat at that point. He simply could find no explanation for where these flowers came from.

Simone watched the stage at Kendrick's feet becoming cluttered with the flowers and then she turned her head to look at Owen. His rapt attention to the action on the screen gave him an almost boyish appearance. She admired his handsome profile and how he was almost sitting at attention as he concentrated. When she had seen the flowers at the performance, she had been close enough to smell them and that scent reminded her of the last wedding she had attended. It was a logical next step to think about her own wedding. Simone had done so when she was at the performance, and her thoughts again focused on marriage as she sat looking at Owen. She resolved at that moment that she would broach the subject as soon as they had finished watching the tape. Owen, she thought, was probably ready for marriage; she was definitely ready. 'Oh my God! Simone, do you see that?' Her eyes flew to the TV screen and then opened wide in astonishment. A hideous creature was standing next to Kendrick Kincaid. It looked to be an unlikely combination of man, gargoyle and troll. Not a stitch of clothing covered its hairy, misshapen body. It held a basket of flowers in its left hand and picked them out with its other hand and presented them one at a time to the magician. The look on its face was one of sheer boredom. Suddenly, the creature disappeared in the blink of an eye, and the flowers once again seemed to be coming out of nowhere. 'I must have adjusted the rheostat then!' He quickly backed up the tape and froze the image. 'Isn't that the ugliest creature you ever saw?' He turned toward his girlfriend. 'Now what do you have to say about another dimension?'

'Owen, I'm scared.' He could see that she was trembling. 'We can't mess around with something like this. You have to destroy the tape and the camcorder. That thing is pure evil.'

'Destroy this? You've got to be kidding. This is probably the discovery of the century. Maybe of all time.' He started the tape going again. Minute after minute went by and the creature did not reappear. Owen wished he had had the foresight to have figured out a way to record the frequencies as he used them. Suddenly the creature was back. This time it was not standing next to Kincaid who was placing one of his female assistants into a large sack that was to be secured and then locked inside a trunk. The creature was standing at the front edge of the stage and peering directly at the camcorder. 'Owen, he sees you! He knows what you're doing!' Once more the creature simply disappeared.

'Simone, calm down,' he said, almost offhandedly, as he backed up the tape again and froze the picture. The creature did indeed seem to have a knowing look on its face. In spite of himself, Owen fell a chill run down his spine. Then he pressed the 'PLAY' button again and watched the remainder of the tape. No more images of the strange creature were seen. He was confident that it had been on the stage the whole time, but only for those two brief moments had he set the rheostat correctly. As soon as he clicked off the TV set, he ejected the tape and replaced it in the camcorder, which he set on the coffee table in front of them. 'Whew! I can't believe I was actually right about this. All of my life I've been extremely interested in magic, and now I find out that there is more to it than I've ever imagined, probably more than anybody has imagined.'

'Owen, you have to destroy that. Please, listen to me.' She looked at the camcorder as if it could somehow harm her.

'Come on now, you know I can't do that. I have to show it somebody, but I don't know who. Certainly not Kincaid. He has got to be in cahoots with that thing. He'd probably want to shoot me if he knew that I know his secret. Hell, he probably would shoot me. And I can't go to any other magician or so-called illusionist. Maybe they're all in on it. The government is definitely out. I'd have to be an idiot to trust them with something like this. You know, Simone, I could go to the tabloids and probably get a ton of money for this. We could really use that for when we're married, but I don't want to do anything sleazy.' So he was ready to be married, she thought, but what an inconceivable situation to be in and hear him first mention the subject. 'I think the best thing to do is find a totally legitimate organization that investigates the paranormal and turn the tape and the camcorder over to them.' He got to his feet. 'Yes. That's what I'm going to do. But first I'm going to plug the camcorder into the VCR and make some extra copies of the tape. I've got blanks in the bedroom closet.'

He left the room and Simone sat on the sofa and stared at the camcorder. 'Honey, I found the tapes. Do you have any idea where the connecting wires are?' he called from the bedroom. She thought they were in one of the dresser drawers and opened her mouth to say so, but couldn't speak when she saw the creature blink into existence right before her eyes. One second she had been looking at the camcorder on the coffee table and then the creature blocked her view as it materialized. There was no point in trying to pretend it was an optical illusion brought on by having seen the tape; its hairy legs were touching her knees. It looked down at her and, human, beast or whatever it was, there was no denying what that look meant. When it leaned down she smelled its foul breath. The clawed hand that reached inside the bodice of her dress ripped the garment from top to bottom with a powerful swipe. 'Owen! Help me!' she screamed.

He burst into the room expecting to find a burglar in the apartment, but did not even slow down after seeing the creature bending over his girlfriend. Owen launched himself through the air and sailed right over the coffee table onto the creature's back. All he succeeded in doing was to knock the air out of his lungs. The muscles he felt as he tried to move it away from Simone were rock-hard. It did straighten up and turn to face him. After picking him up effortlessly, the creature flung him across the room backwards. He landed against the hallway door with a loud thump and then his useless legs allowed him to sag to the floor. Stunned, he watched the creature turn back to Simone. Her screams had no effect on it whatsoever. She watched helplessly as the same hand that had ripped open her dress reached toward her again. The creature showed no interest in the black bra that was only inches away from its eyes. It tore off her matching panties and tossed them in Owen's direction. There was no mistaking its intentions. The man rushed to the heavy coffee table, picked it up and slammed it down on the creature's head and shoulders. Although the table broke apart, the attack did not get the creature off the woman.

'Reality Redefined' is a collection of 15 short stories with plots ranging from the seemingly mundane to characterizations of creatures from alternate dimensions and distant planets. The various characters become entangled in situations involving angels, demons, a masterful illusionist, a shape-changing seductress, the spirit of a murdered child, etc. The action moves from an observation of street people panhandling in the Atlantic City bus terminal, to a space explorer permanently marooned on a hostile planet, to a man challenged by a minion of Satan to trade his life for that of his daughter, etc., all without missing a beat. For any person who is a fan of science fiction, fantasy, and the paranormal, this is without a doubt a must-read book.