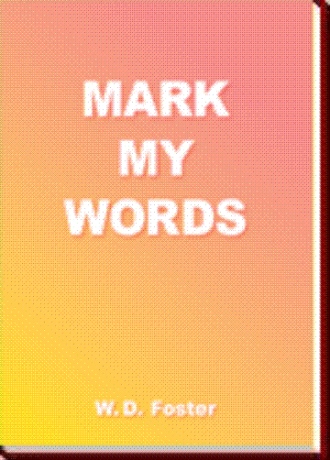 The lowest point in our family for me came on .  It was a Friday afternoon, and I was sitting in my car in a parking lot.  The year had been horrible.  Martin Luther King Jr. and Robert Kennedy had been assassinated.  The country was in a state of turmoil.  More people were protesting our presence in .  In , we'd had a riot on the .  That felt like nothing compared to what was happening in our family.  Allan, those thirty rooms in the estate weren't big enough to hold in the hell that was breaking loose.

Marty and Ellie were living in the estate then.  You hated her guts because of what she was... a golddigger and a conniving opportunist with her eyes set on the family fortune.  If you hadn't tried to push your choices on him, he might not have married her.  As it stood, there wasn't a day that went by without you badmouthing her.  I didn't like Ellie either but I tolerated her because, as I'd reminded you, we'd have to deal with her being the mother of Marty's children, which were due in December.  At thirty-nine, I was about to become a grandmother.

"Black and white together" may have been all right while singing "We Shall Overcome," but not in your own family.  Josh was seeing Penny, and the two of them were getting quite serious.  That was just another link in your chain of problems with him.  He worked so hard at things, but nothing he did could please you.  And to have him dating a white girl... you were bent on making him, me and everyone else miserable.  "He really tripped over his own feet on this one," you'd say to

You were so proud of making the Dean's list with a straight-A average at Morehouse, and you bragged about the fact that he'd just turned seventeen after his first year in college.  However, he knocked the wind out of your sails and ripped them to shreds when he told you he was gay that summer.  You were just plain irrational about that.  I'd known gay men in and that helped me understand him, but getting that across to you was another story.

Katie was in detention at school.  That daughter of ours had beaten up a white boy at Evanston East High who made the grave mistake of calling her "nigger."  Tensions were bad enough at that school then without adding her temper to it.  This wasn't the first time we'd been called down there because of this, but it was the most serious to date, and you left it in my lap because of some problem at your plant.

Tanya was still recovering from injuries she received when she was attacked by police at a demonstration during the Chicago Democratic Convention.  I worried about what would happen next, even with my understanding of her politics.

Vickie was only fourteen, but she was thinking of herself as a Black woman's answer to Marilyn Monroe, and it made you uptight when she talked about how good older men looked.

Allison was thirteen and very much wanted a singing career.  We were divided over it... I supported her all the way, and you gave her no support for it.

Allan Christopher is a self-made, African-American multimillionaire. Starting out with nothing but family, very high intelligence, ambition and drive, he succeeded against the odds. He dealt with racism, discrimination and the naysayers, Black and white, who were convinced he would never make it as an entrepreneur in the 1960s. Opening a fix-it shop in southside Chicago, through hard work and determination he turns it into a multi-million-dollar corporation.

He's "made his mark." His home is a thirty-room estate. He is among the Who's Who of Black America. His company is listed in the Fortune 500. He is a "mover and shaker" in the community, and all the connections that accompany it. He faithfully attends church on Sundays.

With the advent of his sixtieth birthday, his character, his past and his beliefs come into focus, honor and question as his story is told through the eyes of his family, and with it his impact on their lives.

W.D. Foster is a native of Minneapolis, Minnesota. He received a B.A. in psychology from Luther College, and was an original member of the multi-Grammy Award-winning ensemble, Sounds of Blackness. His passion for reading and writing was inspired by his father, who read voraciously. He shamelessly admits to a love of romance novels, whodunits and classic movies. He was also inspired by the late novelist E. Lynn Harris, who believed that an author should write the books he/she wants to read.

When not in laptop writer's mode, he loves travel on the open road, nature walks, and time with his husband and son.