A Walk Through Time 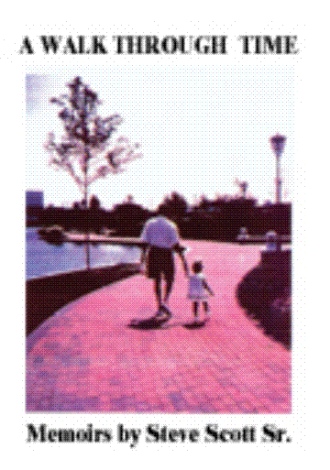 It was early fall, 1988. I had just arrived at the Westin Hotel, in Boston, Massachusetts, where I would be staying for a three-day American Gas Association meeting. It also happens to be the place where our journey really begins.

Certain events had led to terribly hectic months back at my office in Indianapolis, where I was Director of Public Affairs for Citizens Gas & Coke Utility. The Utility provided natural gas to some 250,000 residents in the city. Citizens Gas is a unique entity, a public charitable trust whose assets are held in 'trust' for all inhabitants of the city. The 'trust' provision states, in effect, that the utility's mission is to sell gas to all of its customers at the lowest and most reasonable cost. It gets tricky to follow but, in essence, the City-County Council for years felt it had control of the assets. Periodically the Councilmen would challenge the 'trust' concept, hoping to use the assets to fund one major project or another. This time they wanted to use the assets to fund improvements to the infrastructure of the inner city. Both sides of the issue would hurl Herculean efforts into the fight trying to win support of the gas customers. Needless to say, the attempt failed again, and both sides lay prostrate on the battlefield. I was one of the exhausted combatants. Quite frankly, I needed to get away from the stench of the battlefield and I intended to use some portion of the Boston trip for rest and recuperation. I had never been to historic Boston and I wanted to revel in her historic charms.

After checking into the Westin and getting settled in my room, I changed from suit and tie into casual clothes and tennis shoes. Then I headed to the lobby and the concierge's desk. I wanted to know what to see and do in Boston. I had heard previously that the Boston Harbor was not far away, and I wanted to see it.

Walking up to the concierge desk, I noticed that a lovely young lady, wearing a smart navy blue uniform with a white V-neck blouse, was standing behind the desk. She was not smiling. I said in my most confident, experienced travelers' voice, 'Young Lady, I am interested in seeing Boston Harbor and visiting a few of the historical sites before dinner. Can you help me?' I must have made a good impression because she perked up immediately. With a warm smile, she answered, 'Yes, sir, you're very fortunate to be staying at this hotel, because Faneuil Hall is just about five blocks from here. Just step outside the hotel entrance, turn right, walk four blocks, turn right again, and you'll be right in the middle of hundreds of shops and a walkway that surrounds the Harbor.' I was hardly prepared for the good fortune of her next comments.

'You may also be interested to know that many visitors can see many of our historic shrines by taking a walking tour along the Freedom Trail. It's near your destination. It includes some of the following sites: Park Street Church, built in 1809, brimstone for the making of gunpowder was stored in its cellar during the War of 1812. The Granary Burying Ground has the graves of John Hancock, Samuel Adams, Paul Revere, and all the victims of the Boston Massacre. The Old South Meeting House is the place where the colonists held a public protest meeting against the British tax on tea, just before the Boston Tea Party. Paul Revere's house is another place you will see. It was about 100 years old in 1770, when Paul Revere moved in. And, of course, there is the Old North Church, built in 1723. It is the city's oldest church. In 1775, two lanterns in its steeple signaled the British route to Concord. Paul Revere, as you know, rode across the countryside to warn his fellow colonists that the British were coming.' I flashed my brightest smile in recognition of her command of historic facts. 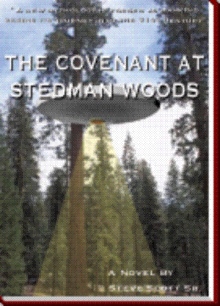 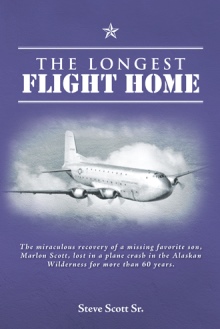 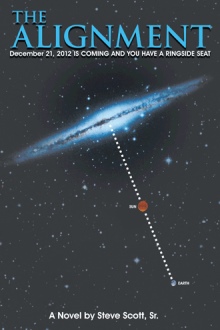 Welcome to these pages. You are very bold, my friend, to choose to traverse the labyrinth of another person's life. For you surely know that as I lift the veiled curtain on my life, we will face the expected and the unexpected. We will meet heroic people and villains. Together we will encounter forgotten demons, brooding thoughts, fears and longings. Perhaps, to some degree, they will mirror your own. For each one of us before we meet our Maker attempts, in some fashion, to look back on our youth, our life. And when we do, the past dims; the present becomes blurred with the potential of the future and remains just that, potential.

One should be wary as one reads any autobiography, but especially when the author excessively casts himself in a favorable light, accentuating moments of brilliance and minimizing times of glorious blunders. I have struggled mightily to avoid the temptation.

The germ of the idea for this work began as an exercise in conjuring up the earliest episodes I could possibly remember of my childhood. It followed a surrealistic experience while I was falling asleep on a park bench in Boston, Massachusetts, in 1989. But for now, just know that a 'tiny voice' persuaded me that there might be some value to my family to record for posterity some of the events that shaped my life and those of the Scott family generations ago. We know that the demanding experiences of our childhood are the same ones that make us resilient in coping with the challenges of the future. I have also come to believe that the better we understand our families, the better we understand ourselves, and the more we will want to leave a better world for our progeny.

My original purpose has not changed, but the nature of the work has broadened from just relating stories from my early childhood to include a full range of early experiences through advancing age. To paraphrase one of my favorite authors, Alexander King, 'Mine enemy was getting older.' Much older! And a couple of really gut-wrenching (literally) operations on this miserable bag of bones signaled a degree of urgency to any activities that I had left undone.

This book is about my journey within and between two different worlds - one black and one white - going from the mind set of a small boy in a very large and poor black family in a small town in the conservative Midwest, to that of a professional man encountering famous and colorful people and events on a much wider scale. It is about a family of fourteen surviving the bone crushing poverty of the Great Depression, mainly through the heroic, unselfish love of parents who possessed an indomitable spirit. It was never the intent of this book to worry about the 'the road not taken,' but to target the fact that man's purpose is to build upon his past, thereby attempting to enable others to conquer the unknown future. And what a future it will soon be.

'Man fears time . . . Time fears only the Pyramids,' says an ancient Egyptian proverb. But I have long wondered why humans can't move back and forth in time as easily as they move around in space? Why is it that unlike our spatial dimensions, we experience time as a one-way street, boxed inside the present moments like passengers on a train hurdling relentlessly down the tracks of time? We glance back to a memory of a fixed past and forward to - well, who knows? As Tennessee Williams said, 'Life is all memory, except for the one present moment that goes by you so quick you hardly catch it going.' Perhaps he was right, but I wanted to go a step further. I wanted to pretend to be a 'time traveler' to the past and to capture a slice of it before the millennium comes to a close and a new one begins. It is stunning to comprehend that, with any luck, we might just live long enough to witness the beginnings of another thousand years. Another hundred years. Another decade. Another year. Another month. Another day. I suspect that on Saturday, January 1, 2000, people will do what they have done in the past: Kill each other, hate each other, deny even the lowest level of subsistence to others, and greedily grasp for every dollar they can lay their hands on, legally or illegally, while at the same time, praying for some kind of deliverance external to themselves.

Future historians will surely record that the twentieth century witnessed the highest and lowest points of our nature. It will have been certainly the bloodiest in the history of human kind. But, there were also times when our spirits soared as men walked on the surface of another world. Between those two eras were episodes of social and technological change that men of the previous century deemed impossible. In some cases, these changes seem magical and God - like. To me, such gropings by mankind in the past, to find its way to an uncertain future, are cause for reflection. In the final chapter I will offer some views on such matters.

So, with those meanderings, I now embark on a voyage of drifting back into time. But, hold on tight, it may be an old-fashioned buggy ride!

Steve Scott, a native of Lebanon, Indiana, is the fifth of twelve children born to Lawrence D. and Violet E. Scott. He is a graduate of Lebanon High School and Indiana University, obtaining a bachelor's degree in radio and television. He was the first Black to graduate from that department and garnered three awards of merit for radio and television announcing.

After gradation from Lebanon High School in 1952, Scott served as a communications specialist with the Air Force and was the first black accepted by the American Forces Korean Network during the war.

He began his business career in Indianapolis as a supervisor for the Marion County Welfare Department and then became the first Black executive with a major television station in the state of Indiana, the NBC affiliate, the former WFBM radio-television station as director of station license renewal and public affairs. He retained that position when the stations were sold by Time-Life Inc. to McGraw Publishing Company. He was the first Black in broadcasting to receive a "Casper" award for his work in hosting the tv program Job Line. He also received the honor of being named a Kentucky Colonel by the honorable Louie B. Nunn, governor of the state of Kentucky. Scott held the position of vice president and general manager of radio station WTLC-FM. While with WTLC, Scott was the first Black elected to the board of director of the Indian Broadcasters Association. He later became the first Black executive appointed to a position with a major utility in the state of Indiana Director of Public Affairs at Citizens Gas & Coke Utility.

Scot has served on numerous boards in the Indianapolis community, including Boys' Clubs of American, Welfare Service League, Children's Bureau, the United Way. He also has been active in the Urban League, NAACP, Black Expo, and headed the Mayors Task Force to review the performance of the Federal CETA program. He currently serves on the Methodist Hospital Medical Group, Board of Directors.

Married to the former Marilyn Gayle, Scott is the father of a son, Steve Scott, Jr., and a daughter, Wendy. He is a member of the Witherspoon Presbyterian Church.