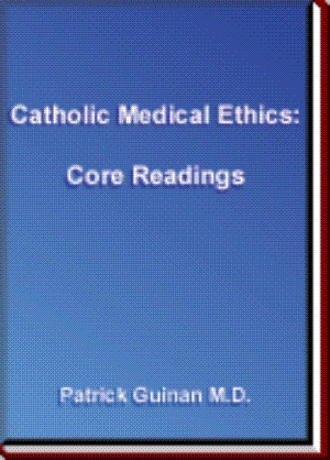 Medical ethics, the application of moral principles to health care situations has been more straight forward than the complex evolving discipline that has been described above. The reason it has been simpler is that until about 1850 medicine had not changed much from the health practices of the Greeks. Most deaths were from infectious diseases, for which there were no antibiotics. The physician's role was to console the patient and often times be a quasi-magician, either in the sense of a shaman or alchemist.

The physician was as much a clinician as he could be, given the limitation of the science of his times. His ethical principles were limited to the Hippocratic Oath and could be summarized as 1) beneficence, non-maleficence and confidentiality. There were also prohibitons, including one against surgery. In general, the physician had a fatherly relationship with his patient, who was treated somewhat as a child.

The ethic that guided physicians for 2500 years: the benefiance ethic, arose from Aristotle's Nichomachean Ethics in which the good life of man was the result of his development of virtues or habits of correct behavior. This so called virtue ethics was also further developed by St. Thomas. It survived the Enlightenment but has floundered on the zeitgeist of the autocratic self.

The medical Hippocratic virtue ethics of beneficence has changed in the past thirty years for two reasons. The first and obvious reason is the complexity of the new scientific knowledge upon which modern medicine is based. We can now maintain life, almost indefinitely, and even the definition of life has changed. Molecular biology and genetics have allowed us to potentially alter life, or at least the human genome. We are no longer forced by circumstance to be paternalistic helpless bystanders. We can and are expected to do something.

The second, and more important reason is the concept of autonomy. While the physician formerly treated the patient as a child, now the patient is autonomous. A combination of recent developments, including the rebellion against authority, feminism and deconstructionism have emphasized the autonomous self. Individual 'choice' is the buzz word and this translates into a requirement that the physician comply with the wishes of the patient and society.

Utilitarian ethics and the autonomous self now dominant medicine. A physician would be foolish to do what he felt medically best for the patient without the patient deciding the course of action with a signed consent. In fact, he is now legally obligated to obtain advanced directives regarding the patient's wishes should the patient become incapacitated and perhaps require the medical provider to act on his behalf. The dilemma now is that the physician has become the agent of the patient. Rather man letting the patient know what is medically superior, he must now offer the patient a number of choices from which to choose. The physician, in a sense, has become a technician.

To adjust to these social changes medicine has adopted old fashioned utilitarian ethics. If the consequences of medical moral actions can be painted as desirable, or if enough individuals seek it, medicine will decide that it is acceptable and provide it. The American Medical Association reversal on abortion and the trend in that direction on euthanasia are perfect examples of this. More recently the shift in medical ethics from virtue to utilitarian ethics has also run into this reality bump. Medical reality causes problems for the ethical utilitarian. Human life begins when human genetic material is complete (at conception) and it is therefore good and should be protected. A flawed life (for example a persistent vegetative state) is also good and should not be deliberately destroyed. The obvious parallel between experimenting on living anencephalic babies and the horrors of Dr. Mengele is sobering. Modern science is forcing traditional medical ethics to confront the dilemma of utilitarian ethics and to realize that it is inherently flawed.

In summary, many areas of medicine, particularly those dealing with the beginning and end of life, have profound ethical implications. There are some actions that should be done and conversely some that should not. The physician, if he or she is involved in the process should know the ethical ramifications of the medical decisions and explain them to the patient. If they are immoral, even should the patient desire them, the physician should not participate. For these reasons, it is all the more important to understand medical ethics, which is to say to know basic ethics. Ethics requires an understanding of the philosophy of knowledge and the human person. This presupposes a basic metaphysics.

Catholic Medical Ethics: Core Readings is an anthology of traditional Catholic teachings on a variety of medical ethical issues from abortion to euthanasia, but also including genetic research and reproductive technologies. This book is intended for not only Catholic medical personnel but also anyone interested in the ethical issues related to health care.

Dr. Patrick Guinan is an associate professor in the Department of Urology at the University of Illinois, College of Medicine in Chicago. He is currently president of the Catholic Physicians' Guild of Chicago.

Dr. Ted Jagielo is board certified in Family Practice and is on the staff of Resurrection Medical Center in Chicago. He is currently the secretary-treasurer of the Illinois Catholic Medical Association.