by Louis A. Cavagnaro 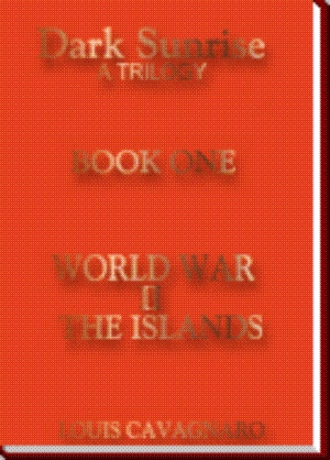 Supplies and equipment were brought up for the final drive to the northern tip of the island. The final objective was Marpi Point at the very tip of the Northern end of the island. Rossi's fire team was cleaning its weapons.

Lieutenant Conrad ran up to Sergeant Posey. 'Every man on the line immediately. Urgent message sent from the 27th Division. We haven't been able to fully understand what they're saying, but something is very wrong.'

Sergeant Posey shouted, 'Every man on the line. Now!'

Rossi and his fire team grabbed the pieces of their rifles and assembled them, dropping into position. A long, vague line appeared in front of them.

Posey glanced over to Conrad who had his hand in the air. 'Sergeant, when my hand drops, that is your signal to fire.'

The lieutenant shouted to Posey. 'Five thousand Japs hit the 27th Division on a narrow front in a banzai charge, penetrating the MLR. We have almost fifteen hundred Japs on our a** right now.'

Posey passed the word to the men.

Posey watched as Lieutenant Conrad dropped his hand. Posey gave the command to fire. The entire front line of the Marine's position erupted into rifle and machine gun fire. The Jap juggernaut was closing.

Large gaps were blasted in the Japanese line. Still they came on.

Rossi sighted in on the crossbelt of a Japanese officer. He blew the buckle halfway through the officer's chest.

'They're almost on us,' Croy said. He took out the Arkansas toothpick and stuck it in the ground. Rossi slid out his dad's trench knife. Humphrey had his shovel stuck in the ground.

The charging enemy slammed into the Marine position. The first one reached Humphrey who hit him with his shovel, slicing his skull in half. 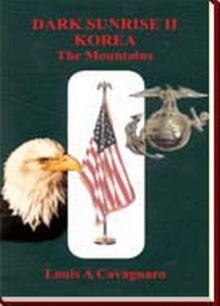 This is the story of a United States Marine Corps 12 man Rifle Squad plus the Squad Leader. It places the reader in landing craft racing toward a hostile beach being pounded by enemy gunfire, viewing the beaches as they are engulfed in a maelstrom of steel and fire. They are joined aboard troop ships, and on land in craters created by naval gunfire. The squad's liberty in Honolulu, Hawaii is hilarious.

Each island introduces its own unique horror, Guadalcanal with its malaria infested jungles and being heavily outnumbered by the enemy. Tarawa and marines wading in waist deep water into murderous machine gun fire. Also Saipan with one thousand five hundred Japanese soldiers in a suicidal Banzai Charge and the desperate hand to hand combat that takes place. Tinian's calculated gamble on the landing beaches. Iwo Jima's caves leading to the two flags raised on Mount Suribachi is an introduction into hell. Finally, the Japanese decision to defend Okinawa not on the beaches but in depth with heavily fortified positions taking a very heavy toll in men and equipment.

Thirteen men whose friendship is forged in steel and tempered in blood.

The spirit of comradeship is not killed in combat, but the individual members of the original squad are. The squad takes it losses and in the process reveals their innermost thoughts.

In one of the final chapters, Sgt. Louis Rossi leads a patrol into the atom-bombed city of Nagasaki. In another at Sasebo he meets the lovely Geisha, 'Keiko.' With tears in her eyes she tells him 'My mother, father and two brothers died in the firestorms your bombers caused. Yet I cannot hate you. I wish you only peace and happiness.'

Finally the return home to try healing shattered bodies, tortured minds and frayed nerves. However, some could no longer return to the society and family they had left behind. Intolerance and demons of war came into their rooms each night to haunt them.

The decision to reenlist was made with difficulty and for different reasons; however, in the final analysis the thoughts were similar. The Marine Corps understands me.

Born and raised in the 'Red Hook' area of Brooklyn, New York, Louis A. Cavagnaro was reared in a rather tough neighborhood.

With the onset of World War II he enlisted, ultimately becoming a professional marine and served during World War II, Korea and Vietnam. In 1975 he received his discharge from the United States Marine Corps.

The only position Louis qualified for was in Law Enforcement. Because he was unwilling to carry a gun he became a security guard in a mall (with no firearm).

A Marine Major whom he knew, convinced him to apply for a position as a Federal Police Officer. After attending the Federal Law Enforcement Academy at Glynco, Georgia, he was assigned to the San Francisco Field Office and a year later transferred to the Los Angeles Field Office. There, under special assignment he became part of the 'Special Operations Response Team' (SORT) and rendezvoused at Fort Smith Arkansas.

In most unusual circumstances he was also sworn in as a Deputy United States Marshal and Immigration Officers as members of the Cuban-Haitian Task Force. This was in response to a concentration of criminal elements mixed with law abiding Cuban refugees arriving at our shores. The criminal elements were brought under control.

Upon receiving several citations for his work, Louis approached the United States Secret Service. Several months later and following an intense investigation he attended training at Beltsville, Maryland. Successfully completing that program, he was sworn in as a Special Officer/Security Agent.

During the performance of his duties with the Secret Service, Mr. Cavagnaro participated in the protection of several presidents and former presidents along with various heads of state for foreign governments. He retired from the Secret Service in February 1992. It was in the Secret Service while consulting with Doctor John Long, the suggestion was made that Louis should start writing Dark Sunrise WW II (The Islands).