U.S.A. Versus the Rat-The Last President 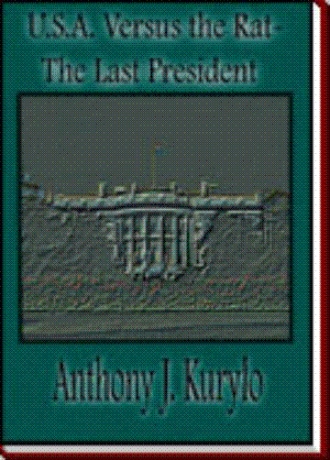 The hawkers and purveyors abounding with logorrhoea, managed to lose us in the technical lingo, but they left a trail a mile long that made us nervous and was beginning to stick to our shoes. We're learning though. We will prevail.

Securing liberty to ourselves and our posterity. If you think that liberty means not being subject to restriction or control, then it has been an abject failure. Between the state and federal supported entitles monitoring our almost every movement (bowel excluded - perhaps to the year 2000) and demanding compliance to the regulatory maze, hardly makes one feel in full control. I liken it to driving your vehicle while someone else is in charge of the braking system. Disregard the insidious efforts being made to ensure that we don't move outside the lassoing range, just ponder the activities of those who tend the till. They don't spend our money that wisely. Budgetary restraint means naught to these wheel-spinners as the debt soars. When those who once were considered posterity and now become the current, the only freedom left, it seems to me, is to jump off the bridge. Don't misconstrue my true intentions and hopes. May the gun debate gain a fervency that exhibits an afflux, which represents the majority. Keep an eye on the aspiring presidential candidates, with messages soon to be coming to your neighborhood. What they say in this regard will join the other attempts, which have bitten the dust. One would imagine that guns, by design and reputation were of sufficient importance so as to merit a concise inventory and safe storage. Just to indicate how this is not always the case, I once conducted an investigation into a matter that was unrelated to guns. At the conclusion, a large quantity of handguns were seized. I presented the identifying numbers on each weapon to the Production Manager of the plant, in the hopes that others might be implicated in the apparent theft. I did not inform the Manager that I had these weapons in my possession, but that I simply wanted to know at what stage each piece had advanced through the production line. For each gun so identified, I was advised that each was still in the inventory and at different stages of assembly. Security was indeed lax in this instance, but it would be wise to remember that security comes in stages of assurance. The greater the number of detection devices and exclusion barriers, the greater the length of time before the breach. The greater the time, the more time available for the police to respond. Up until the time we can indicate, by direct popular vote, our feelings toward gun control measures, I fear the issue will remain in the talking stages. Until that time perhaps the only interim measure worthy of merit is one which imposes mandatory, lengthy sentences.

Factual reminiscences of an earlier time. Short episodes as seen through the eyes and emotions of a Patriarch. Presented as a true and accurate portrayal of experiences and encounters during the depression years onward. Actuality is captured in tone and tenor. The mirth, sorrow, prejudice, passion, poverty, callosity and the rough and tumble of the era are displayed for all to see. When the end of the autobiographical account looms, it explodes with the Author's realization that the future to be inherited by his progeny and posterity generally, is so bleak so as to stir into action, his years of acumen, which tends to emphasize the need for a societal better way.

Politicians, Lawyers, Courts and Police are not immune from scrutiny. Gun Control, Laws, Narcotics, Victims of Crime and Capital Punishment, including a new innovative execution device are discussed.

Is a new people driven form of governance under consideration as a countermeasure to the same as usual rhetoric expounders in the coming elections?

This novel has been waiting in the wings for decades, being guided by a certain deliberateness awaiting that measure of citizen discomfiture to build up a head of steam; the whole apparatus has begun to 'hiss'. We fair-minded people will unite to have our say.

Wallingford, Connecticut was where it all began.
A first generation American born here, he ushered in and out the depression era. Colony Grammar School-Lyman Hall High School-Enlistment in U.S Navy in 1942, serving as a Flight Engineer were memorable events. Bachelor of Science Degree University of Connecticut.