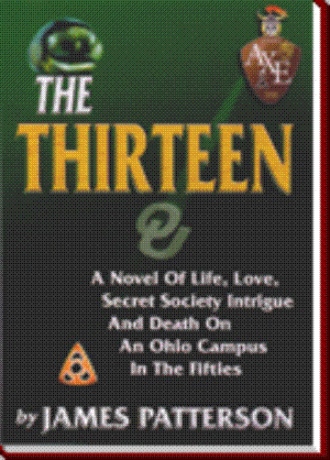 Wednesday morning's beautiful and unseasonably warm. So warm that several students can be seen on the College Green sunning themselves in shorts and t-shirts. In January! Even so, the steps of Mem Aud are cold under our fannies as Andy Logan and I sit smoking after Fine Arts Appreciation.

'Betas were pretty nice. And Sigma Nu,' I add, recounting my impressions of rush so far, 'but I think they were nice to me because I was with the Bear.'

'Sigma Nu's are big jocks. They'll probably really go after the Bear,' she says. 'Any others you like?'
'Ahh, Andy, it's really hard to pin down, y'know. I think I feel most welcome - most comfortable - at the Ace house. I'm not sure why, I just do.'

'Well my dad will certainly be glad to hear that,' she smiles. 'He's an Ace you know. Although he doesn't go by the house much any more. But I understand what you're saying about being comfortable.' She pauses. 'Don't ever tell mom this but-- well, the Chi O's are great people and I like a lot of them. But they kind of treated me like a sure thing during rush. Just because I was a legacy.'

'You mean you got to look at the books in the library a lot?'
'Oh Five, you've been there! Exactly right. They just seemed to spend more time and-- more effort on other girls.' Another pause for reflection. 'I didn't feel that way at the Pi Phi house. Like you, I felt more comfortable. More at home.'

I find this encouraging. 'I met a nice guy at ACE last night. He told me a lot about their old house. It's a neat place.' 'I've never been in it,' she responds. 'What's his name?'
'Mark Husted.'
'I know Mark Husted! Of course I do. And you don't? He's got some work hanging over in the Center gallery right now. Come on! Let's go take a look at it.'

'Some guy named Stettin or Sutton called. Said he met you at the Beta house Monday and was just wondering if you were coming by there tonight?' Toby looks up from his books. 'I kind of remember him,' he ponders. 'Sounds like the Betas are interested in you, Five.' I respond that it's interesting, especially since that the Betas have one of the lower membership dues, along with Aces and someone else. About nineteen dollars a month. 'How 'bout you, Tobe? Anyone dangling any hooks?'

'Ahh, I haven't been kicked out of the Phi Delt house yet. Maybe tonight? And a couple of guys at the SAE house have made some comments that are sort of interesting, especially to a guy like me dressed like Henry High School.'

'Listen, Tobe? I was wondering-- what if I--'
'Hello, Five. It's good to see you again,' Mark Husted says sincerely, arching his eyebrows at my outfit as I climb the steps to the ACE house.

I felt pretty ridiculous at the Beta house when I entered and met Dave Stettin again. But he seemed gracious and genuinely interested in talking with me, despite the fact that I was draped in one of Toby's more conservative one-button roll coats. I figure wearing Toby's coat is as good a test of earnestness in a fraternity as any.

'That's an-- ah, interesting jacket you've got on,' Husted remarks with a little grin. 'I've seen a couple of other guys wearing them during rush. Am I missing out on a trend or something?'

'No. I ripped the lining of my other sport coat,' I reply sheepishly.
'My roomie loaned me one of his. It is a little different, I guess.' With the jacket issue settled, Mark takes me around the house, sort of a tour, where I meet more of the ACE brotherhood. Mark hastens to explain the strange, long coat with its peaked shoulder pads and narrow lapels as being my emergency measure for rush. The guy named Curtis gives me a really strange stare.

From one bedroom, I see a building below I hadn't noticed before.
'What's that building, Mark? Is it part of Ace house?'
'Oh, that's the Temple Court. Our lodge building. When you're initiated, you'll attend meetings there, all the secret activities that ACE takes part in.' When I'm initiated? What's he telling me?

Because it's my night off from rush, Duff has given Darcy Thursday off as well. We're walking home after the OU Theater production of The Glass Menagerie.

'God, Five, but that was wonderful! 'Blow out your candles, Laura.' I could be 'Laura,' Five, couldn't I?' She slides her arm out of mine and imitates Laura's limping walk across stage in the final scene. 'Yeah, Darce. You would be a great Laura.' She puts her arm in mine again and snuggles closer. 'How 'bout a cup of coffee. Hot chocolate? Here's the Frontier Room.'

After coffee, we walk upstairs through the Center gallery and look at Mark Husted's paintings, a special one-man show and rare honor for a student artist. 'Pretty strange stuff,' she muses. 'Dark. Spooky. Look at this one.' It's an oil that shows a nude man in a pose reminiscent of the Greek statue The Discus Thrower. Except this man is bathed in an eerie orange light and his body glistens with what might be blood. His extended arm holds not a discus, but what look to be strands of hair connected to something in the shadows.

'Strange,' I agree, 'and Mark doesn't seem that strange when you talk to him.'
'You know him? From where?'
'He's one of the guys I met at ACE. He's really a pretty nice guy and has taken a liking to me.'
Walking up Union from the Center, a clap of thunder gives us three seconds of warning before sheets of rain come tearing down. We run for the corner and huddle under the bookstore's portico. Then dash across Court and shelter beneath the door of the College Inn. Giving it up, we make another dash down Union for the green door.

'Man, you could wring me out,' Darcy says as she unlocks her door.
'Want me to?'
'No. We'd have to mop the place up. Take off your coat, your shoes.
I've got to get into something dry.' She grabs something from her chest of drawers and goes into the bathroom. Except for the bottoms of my pants, I'm fairly dry where my soggy topcoat protected me. I mop my soaked hair with her dish towel and flop on the couch/bed.

'Want some wine? A beer?' Darcy reappears in the lighted bathroom doorway. A pair of shiny track shorts and a baggy Ohio State t-shirt her new garb. Her thin figure is outlined through the shirt by the bathroom light.

'No thanks. Come here and I'll dry your hair.'
'Not with my dish towel, fool. That's got to last til' next week.' She grabs a towel from the bathroom and flicks out the light. Flopping on the couch, she curls into a ball and leans against me as I rub the towel through her short hair. The only light is from the rain-washed windows. I continue to work the towel over her head, then rub her thin shoulders.

'Mmmm, that feels good. Look't the windows, Five. Aren't they gorgeous?' Indeed they are. Great panels of smeary soft light, with streaks of hard color where drops run down the fogged surface. Below us, the flashing red light of a police car or ambulance momentarily adds to the show. 'What's that?' Darcy says and leans over on her hands and knees to peer out the window from the end of the couch. As she does, the t-shirt billows down and I can see her bare stomach and small, neat breasts in outline against the window light. It's the most sensual moment of my life.

'Darce! Don't move.' She doesn't, except to slowly peer over her shoulder at me with a soft smile. I stare for several seconds, then close my eyes in concentration, burning that image into my mind forever. 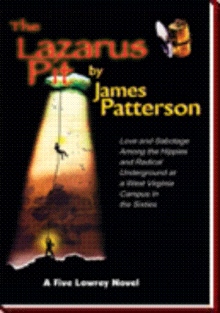 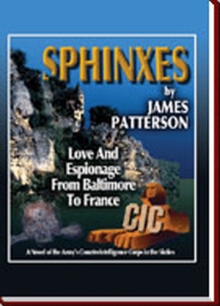 'Five' Lowrey's passage from the center of his universe - Hockingport, Ohio - to nearby Ohio University is more than just a coming of age journey. If Thomsen Lowrey V had a middle initial it would be 'N' for naive. Five's choice of going to college seems his only alternative to following the family tradition of life on Ohio River towboats, as his father and three previous generations had done.

With only one hometown friend on campus - Denzel 'The Bear' Duerhof - Five is thrown into the turmoil of university life without a clue of a goal. That changes rapidly as his penchant for drawing brings him early notoriety and that rarity among freshmen, campus recognition. He finds classes, especially art courses, can be fun. He discovers beer drinking, pizza, a unique moneymaking scheme, and above all, a wonderful variety of girls.

His love affair with a town girl, Darcy Robinette, leads to even greater campus recognition and his first conflict between life and love. When fraternity rush rolls around, Five goes along with the crowd and finds himself a pledge to Alpha Chi Epsilon.

The Thirteen, as the ACE pledge class is known, move from early euphoria to the depths of despair as their pledgeship reveals some of the harsher aspects of brotherhood. When tragedy occurs, the Thirteen maintain their unity to prevail against a sadistic element within the ACE membership.

Five's role in this story of changing college life in the Fifties brings him into the realms of Korean War veterans, secret society intrigue, modern art and ultimately, vengeance for a murder which he and his pledge brothers seemingly cannot prove.

James Patterson is a writer, photographer and graphic designer. A former industrial editor, his magazines have won international awards. His travel stories and photos have been widely published in newspapers and magazines.

Patterson is a contributing writer for Mac Today and PhotoShop user magazines, specializing in digital photography. He has taught Macintosh graphics applications at the college level for the past 10 years. A 1958 graduate of Ohio University, Patterson served as a special agent in the US Army Counterintelligence Corps. He and his wife Betty live in Largo, Florida.