True Stories You Never Heard Before 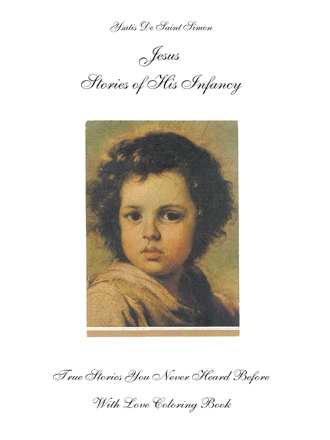 The stories about the life of Jesus according to the canonic gospels are innumerable; there are some that were written as early as the second century and others that date from the fifth century and the Renaissance. The written stories are documented and I include their source. However, some of the most beautiful stories that I have heard have never been written, yet they are known to many people in the areas of Palestine and of the Mediterranean who have heard them narrated in the market place or from members of their families since as early as the first century. These stories although tainted with the splendor of divinity do not come out of anyone's imagination, nor out of mine, they are ancestral and traditional and have come from the true testimony given to others by shepherds, merchants or simple people who witnessed these events and who later on recounted them to their descendants and so on. For the people who live in these areas these stories have sometimes more validity because of their ancestry, than the later ones validated by clergy or scholars.

There are many people who are not able to go forth from the world of the senses into the spiritual world and that may judge these stories as fantasy because they are full of wonder and miracles. It will do all of us some good to remember that the greatest mystery and miracle of our earthly history is by no means an every day event, to be looked at with an every day materialistic mind. An event such as God incarnating in a human body as it happened in Bethlehem is by its nature tainted with the Supernatural. Considering that Jesus' nature is both Divine and human, we must understand everything connected to Him with that frame of mind or we are bound to neglect one of His aspects and not see a clear picture.

Everything, every word Jesus the Christ said, every step He gave and every action He took from His Birth to His Resurrection, has both the human and the Divine and Transcendental aspects.

The life of Jesus is so rich that it is an impossible task to put it into a book, or in writing. I, like everyone else who ever wrote about Jesus, have been forced to select out of many enchanting tales full of wisdom and charm only a few of them and to reject others which I love as much and I wish I could have included in my book.

I hope that the treasures of wisdom contained in these tales will enrich more the hearts of those who already love Jesus and want to know more about His childhood, and will help those who don't know Him to learn something about Him and His Love teachings. Children will enjoy knowing that Jesus was also a child as they are, but full of love, divine wisdom and joy, qualities that they can also learn to practice in order to have a better world. To know these stories can only enrich their lives, the story that follows is an example of the wisdom locked in each of the stories of 'Jesus - Stories of His Infancy.'

It is said that years after Jesus had ascended into Heaven, Saint Peter was really worried because the years had passed and he had not yet propagated Jesus' teachings. With Jesus absence and the persecution against His disciples having intensified, it seemed to him an overwhelming task and he just didn't know where to start, meanwhile he was neglecting the direct command Jesus had given to him when He repeated to him three times 'If you love me feed my sheep.' The story says that one day when Peter came back from fishing he noticed very strange phenomena, the whole beach was covered with dying starfish that had washed ashore. There were millions of starfish dying, there were so many that the whole beach seemed to be made out of them. Peter docked his boat and while he was gathering up his fishing nets, he saw a beautiful little child who seemed to be very busy returning some of the starfish to the water. Peter watched the little child go up and down painstakingly picking up as many starfish as he could in his tiny hands and returning them to the sea, after a while Peter said to him:

'Little one, what are you trying to do? Can't you see that there are millions and millions of these starfish dying ashore? What you are doing cannot make a difference, you cannot save the millions of dying starfish, no matter how many you put back into the water.'

The little boy stopped and looked straight into Peter's eyes for just a moment, picked up another starfish, and carefully returned it to the water and then turning His head again to look at Peter said, 'I made a difference to this one, didn't I Peter?'

At this point Peter fell on his knees realizing Who was it that had come to help him out of his confusion and fears and teach him to do something so simple as to do the one action of Love that was right in front of him. When he looked up, Peter saw that there was not a single starfish on the beach and that there were no traces of the child. . . There was only a gentle radiance that illumined the whole beach. After this incident Peter started his mission of propagation for he knew that Jesus had come to him as Baby Jesus just to teach him a very simple but very important lesson, which we can all learn and practice, to stop thinking of how and just do what He showed him to do, throw the dying starfish back into the water one by one.

By publishing 'Jesus - Stories of His Infancy,' I am following the Child Jesus' advice to Saint Peter: Take action and do what you can to make a difference. This precious gift of knowing these stories was given to me when I was a child. They illumined my life with the Light and the Love of Jesus and brought me closer to His love, so, I want to offer them to others. Knowing more about Jesus can only help us to be like one of the lucky starfish that He returned to the sea and lived.

'Jesus Stories of His Infancy' is a book for all those who are thirsty for the wisdom and love of Jesus and in whose hearts these stories can make a difference. 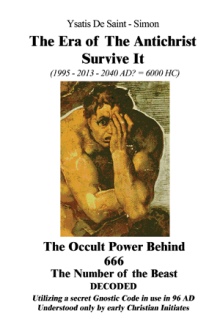 The Era of the Antichrist
Ysatis De Saint-Simone
$18.50 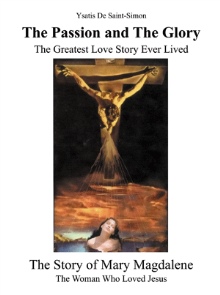 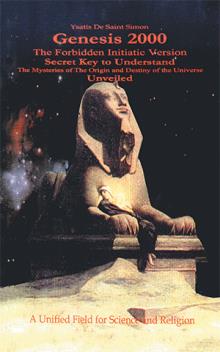 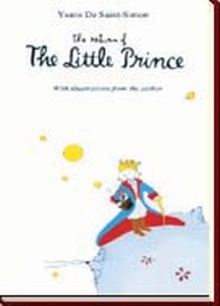 The Return of The Little Prince
Ysatis DeSaint-Simon
$13.95

Jesus - Stories of His Infancy is a priceless treasure of wisdom rich with stories about Jesus' childhood that most people have never heard, a book that is not only enriching to the soul but also a visual treat as it is illustrated with beautiful photos from the film A Child Called Jesus and extraordinary masterpieces of art related to the stories. Jesus - Stories of His Infancy is a small treasure chest of art, love and divine wisdom, undoubtedly a precious gift and a valuable instrument to teach true values to any child. Who can be a better teacher for children to learn about 'The Golden Rule of Life' than the Great Master of Love when He was just an infant?

A precious gift for birthdays or any other occasion but especially for Christmas since the story of Bethlehem is recounted as it truly happened. The story in the book is full of details that are not commonly known, and it is true to the testimony of those who witnessed the event, amongst others, the shepherds who were awakened by the angels and the Melker, the Rabbi from the Synagogue of Bethlehem as he described it in his report to the Jewish Sanhedrim. Undoubtedly, a story that everyone will like to tell on Christmas night to the little ones of the family so that they know what a big celebration Christmas is for the whole earth.

* Other books of Ysatis available at www.1stbooks.com are Genesis 2000 and the continuation of Jesus Stories of His Infancy, The Passion and the Glory--The Greatest Love Story Ever Lived and The Era of the Antichrist all which will also be available at Amazon.com and in a print and hardbound version at Barnes and Noble.

Born in a transatlantic when her parents traveled from Europe to America, Ysatis has been exposed since early childhood to people who enriched her spirit and her culture bank of knowledge. After a 'near death experience' which changed her life almost thirty years ago, she broke her contract as an actress with Universal Studios and became centered in studies of the mind, and, through art and philosophy, in the evolution of the soul throughout history. Shortly after, she was initiated into the Highest Mystery of Life.

She has written a book about this Experience, as her uncle Antoine De Saint-Exupery did himself when he found it and wrote about it in The Little Prince, a book that has been a best seller for years to which she has written a sequel called The Return of The Little Prince. It is this Experience which helped her to understand the sense of being, the essence of her Catholic religion as Jesus taught it, and gave her the true dimension of Jesus as the Christ.

Ysatis attributes her youthful and healthy aspect to the faithful practice of this Experience and of 'Inner Kung-Fu,' which she later learned from a Chinese master. Her books are thus designed to help others discover their own potential for enlightenment.

For thirty years, she has studied in depth the mysteries of early Christianity and other religions to find the Truth and essential purity which links them all, traveling extensively to different countries where she researched the mysteries of the 'Apocalypse,' of the lost and original version of 'Genesis' (as Moses wrote it)*, the mysteries of The Holy Grail Hallows, and the Cup, the Spear and the Holy Shroud of Turin, she has synthesized all of this knowledge into the practice of the 'Science of Being' as taught by Jesus the Christ and the Great Spiritual Masters of the Ages. In one fashion or another, all of her books and lectures are a reflection of this approach to life.

Ysatis feels that her life is beautiful for she has been successful in finding the Hidden Mystery which gives sense to All and in helping others to open up to their full potential so that they can also start treading the path towards their own illumination.