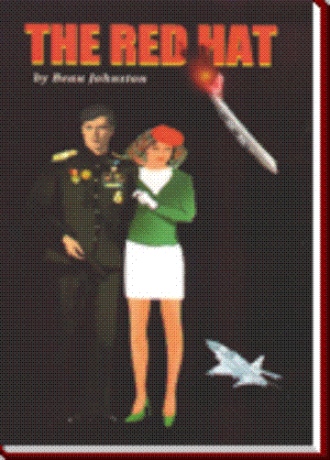 He had been there three and a half-hours! He washed his face and as he left the rest room, that was when he first saw her! She was coming across the dance floor, most likely heading for the restroom herself. She must have been sitting with the local crowd but Yuri's back had been to the dance floor and he hadn't noticed her until now. She reached the steps leading up to the rest rooms before he did and she started up them.

Yuri paused at the top of the steps and turned sidewise slightly to give her free passage. She looked him directly in the eyes and said, 'Thank you.'

'My pleasure,' he replied as she continued on to the ladies' room. What a stunning looking girl! She had curly auburn hair that came down to her shoulders. Her eyes were exceptionally wide and slanted up at the outside corners. He hadn't been able to see what color they were. She had high cheekbones and a ruddy complexion with more than a few freckles scattered about. Her nose was probably a little larger than she wished and very straight, almost Grecian. Her lips were on the thin side, but perfectly shaped. She didn't have that 'TV commentator' beautiful face, but he couldn't help thinking that of all the women he had seen in his lifetime, whether in magazines or the flesh, she was the best.

When he sat down, Ghennady said, 'Did you see that!' 'How could I miss her? She almost walked into me when she came up the stairs!'

'No, we were too close. But after her face, her legs could look like piano legs and I wouldn't care!'

'Well, Colonel Lwoff,' replied Ghennady, 'you'd better make sure your eyeballs are well fixed in their sockets because in a few minutes you are going to see a real treat!' He continued, 'I've got to be getting out of here soon, when I finish this drink. I'll split the check with you.'

'No,' Yuri protested. 'You've already done enough for me today. I've taken care of the check. And I'll be coming over to your place for dinner soon anyway.'

Kin chimed in saying that the cadets wanted to pay their share, but Yuri would have none of it. Then Ghennady tapped on his sleeve. 'Here she comes!'

She glided down the few steps from the balcony and started across the dance floor. She held her head straight and her shoulders pulled back. Her legs must have been two meters long! She had on a short tight skirt and nothing was left to the imagination. The opening at her crotch had to be close to five centimeters. From that point her thighs curved down. The knees were perfect and the lower leg also curved slightly. The calf was high, the ankles curved. Her legs were perfect! Perfect! Her hips blended just right with everything else. She had that model's walk in which one foot went right in front of the other, yet with her it seemed natural. She took a seat at the table with the locals, and Yuri turned again to his new friends. He determined to get Sal aside before he left and find out everything he could about this woman.

'Well, Colonel,' said Kin, 'it appears you have now joined the ranks who lust after the stunning Stasha.'

'I doubt that 'ranks' does her justice,' replied Yuri. 'It's probably more like armies!'

'You must tell me about her,' said Yuri.

Yuri's back was to the band but he heard the band's leader announce that the next dance was a 'ladies' choice.' Ghennady was seated to his left and all of a sudden he ceased to listen to the conversation and thrust his head forward a bit to get a look at the dance floor. The band had started to play an American song, 'Unforgettable,' which happened to be one of Yuri's favorites. Kin had now turned his head to the dance floor also. Yuri felt a tug on his sleeve. He turned. She was standing down on the dance floor and had reached through the railing to pull on his jacket.

'It's ladies' choice. May I have this dance?'

'You most certainly may,' Yuri replied. 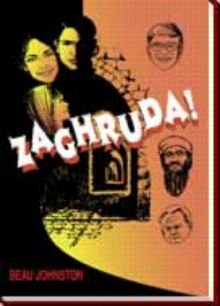 In the pre-dawn hours of September 1, 1983 Korean Airlines Flight 007 strayed over 300 miles from its filed flight plan to Seoul from New York City. This deviation put the plane over Soviet territory for two and a half hours. The last two jet fighters sent up to interdict the flight shoot it down, resulting in the loss of 269 innocent lives.

At a hastily called news interview the military is caught lying about the fate of the plane. As a result the two pilots are assigned to new duty in Moscow and put under the control of the KGB. Thus begins our story of Adventure and Romance. One of the two pilots did not shoot at the doomed plane on purpose. His name is Colonel Yuri Lwoff and he is the 'top gun' fighter pilot in the Soviet Air Force. In Moscow Yuri is reunited with his best friends, Katrina and Ghennady Ivanov. He also meets the 'love of his life,' Stasha. Everything seems to be going well for Stasha and Yuri. However the perverted Dr. Yagoda and his evil friend, KGB director Beri, have also noticed the Lovely Stasha.

Beau Johnston was born and raised in Western PA. He went to high school in Ellwood City, PA and then spent one year at the Phillips Exeter Academy in NH. He attended the University of Pennsylvania, receiving a degree of B.S. in Economics. Beau was an industrialist in the Pittsburgh, PA area until 1991 when he moved to Palm Harbor, FL to pursue his true love ...