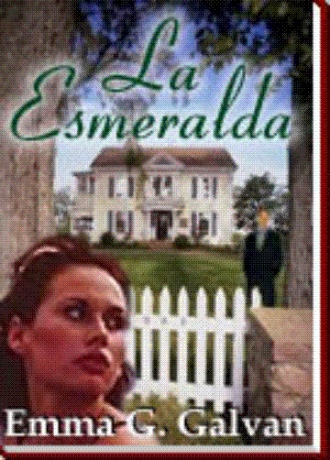 Summer had come and gone in flaming skies and an explosion of green over trees and mountains. Fall had just taken over in a cascade of red and orange leaves drifting by the window like disoriented butterflies. The hills, once concealed by a persistent fog, now rolled golden in the lingering autumnal light. In the backyard, poppies of all colors and sizes peered over the tall grass while timid violets carpeted the edges of the footpaths leading to the pigeons coops. The luxuriant ahuehuete trees, revitalized by the abundant summer rains, rustled and whispered, their voices carried by the breeze. The backyard was the closest to freedom Sofía had ever felt. It was glorious to sit among the poppies, touch them, immerse her eyes in their beauty. The pigeons cooed, fat and garrulous, due to the abundance of food. These escapades made life worth living and Sofía surrendered to the spell. But the old house had no eyes for such an explosion of life. Fatally ill and deep in the throes of melancholy, wheezed on, like a wounded tiger, dangerous and lethargic, awaiting death.

The man who came back from London after six months of absence, this grim and confused man of desolate eyes and wounded expression, was not her father. He had visibly aged and was shockingly thin. A sad remoteness swept over his features like a sandstorm blowing over the desert. The glimmer of the youthful days was gone from his eyes, substituted by a somber, unbecoming meekness and a deep-seated air of resentment. He looked confused and bitter, as though someone else had taken possession of his soul.

Two or three times a week he arrived at the mansion in the early afternoon with a newspaper under his arm, perhaps looking for a privacy not easily found at the hotel, and sat in a dark corner of the master living room in quiet isolation, scanning the news, the company of people suddenly intolerable. Edda sent Sofía with a kettle and cups to serve him tea, but he declined. Sofía, feeling uncomfortable around him kept her distance. His verbal communication was reduced to a 'hello' when arriving, and 'good-bye' when leaving, making clear he was not up for conversation. On one or two occasions he asked Sofía how she was and, without waiting for an answer resumed his reading. Sofía did not feel the need to talk to that strange man of the uninviting face and if not for Edda, she would have rather not be around him at all. Don's initial repulsion for the old mansion appeared to have evaporated, and even Eugenia was experiencing a certain degree of anxiety at the transformation. Raised in the tradition of the most exalted courtesy, she refrained from inquiring, although the mysterious metamorphosis puzzled her. International news, other than those politically important, were not considered a priority by the Mexican media, preoccupied as it was with more pressing domestic problems. Eugenia sensed that the trip to London had something to do with this disconcerting change, but whatever the case, she was grateful to have him there. Her obsession for him had grown during his absence, and the fear of losing him had increased exponentially, the rest did not matter. Now she could rush home hoping he would be there, subdued and unpredictable, but available. She promised herself to be careful, respect his wish for privacy and wait until he was ready to talk.

'Welcome home,' she said when she found him sitting in a corner, anxiously scanning the news, perhaps dreading to see his name printed there. He regarded her with an absent glance, as though ill at ease to be sitting there, in the musty penumbra of a rotting living room. Almighty Eugenia did not seem to be upset when the new man did not acknowledge her salute. He was back and that was all she cared. Bringing him back to life would be her greatest accomplishment. 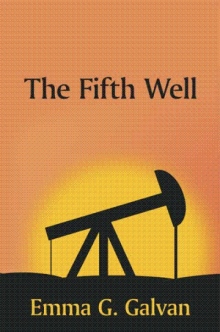 The numbing, desperate feeling of being alone, of being hated! The humiliation waiting for the quince bough to fall and tear the flesh! The silence. The cluttered attic that had embraced her, and held her, and become her friend. Father Luis, his beautiful face his blinding smile, the sunshine in the bleak days of her childhood had blended into the shadows of that dimension that people insisted on calling the past. The shot still blasted in her ears. Her hand still curled as though around a pistol stock. The memories? She had tried to leave them behind, but they had insisted to be a part of her life in the exterior world. Now she was flying to the land of sunshine, to marry a man she hardly knew.

Emma Galvan was born in a little country town adjacent to the tropical rain forest in southeast Mexico. Her father, a brigadier general in the Mexican army, was the governor of the State of Colima, on the Pacific coast and the Assistant Secretary of Defense. Emma is certified in the English Language by the University of Cambridge, England. She worked as a technical translator for PEMEX, the Mexican Petroleum Company and as an English Professor at the Mexican Institute of Petroleum. At present she is an American citizen with permanent residence in Portland, Oregon, where she continues to write.