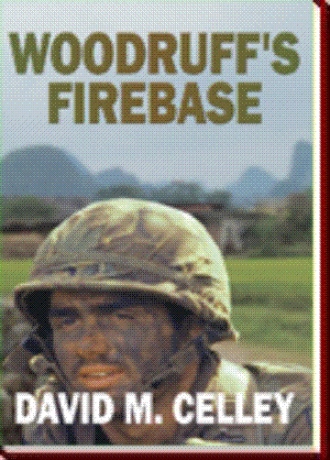 Suddenly the VC opened fire again around his position. He dove back behind the gun and in a raging fury laid down a steady stream of uninterrupted machine gun fire until the belt he was using ran out. He quickly grabbed another satchel of ammunition and pulled back the bolt on his weapon to reload when he saw he had to change the barrel. At that same instant he heard human voices from the opposite side of the grassy open space. Then two human figures emerged from the waist high grass and started to run straight for him. They were shouting and shooting their automatic rifles as they came. Two more popped up behind them and did the same thing. Then still more and more.

In a panic Kenny reached for the barrel and grabbed it with his left hand. He screamed the most blood curdling scream of his life and snapped back instantly in excruciating pain, as he had forgotten that the barrel was red hot after all the firing he had done. With his right hand he still managed to unsnap the barrel assembly and put the new one in its place. As the grim reaper of death came charging at him across the grassy field he methodically drew back the bolt, opened the breech, and placed the first round of another ammunition belt in its place. He closed the breech and used the back of his burned left hand to feed the ammunition despite the tremendous pain. The first of the charging VC was only 50 meters away. The bullets were zinging all around him. Then he laid into his weapon and began to reap them like ripe wheat.

The VC fell like flies in front of his weapon. They came out of the grass running at him in twos and threes, trying to shoot into the dead spot he was lying in. One at a time, one after the other, he cut them to pieces. To the left side he walked his rounds into a charging figure until it disappeared as if into an open manhole. To the right he hit one square in the face, causing the surprised enemy's head to explode as if it were a balloon filled with blood. Back to the left a short burst turned one completely around as he went down. Shifting again to his right he tripped one into a thorny bush. He then riddled him, making his carcass dance like a marionette.

Still they came after him in twos and threes, shouting and shooting. He quickly reloaded another belt of ammunition and plowed them all under. Incredibly they could not hit Kenny, in spite of their efforts. Bullets ricocheted off the tree trunk inches above his head. Other rounds pinged off his rucksack or kicked up the dirt in front of him. Still the VC came running straight up to him and straight to their deaths.

There were 30 VC in total. He could see their bodies strewn about. Long before he finished firing every round he had, the VC quit coming at him. The ambushing force which nailed the patrol in near perfect fashion was now completely annihilated, thanks to Kenny. Then the eerie silence set in again.

As he lay there, Kenny's mind became completely blank. He had gone from surprise, to anger, to fear, to blind terror. He had suffered tortous pain, but somehow managed to keep himself together long enough to save his own life. His mind and nervous system were overloaded. He was near shock. His entire body felt numb. ??

The boy next door gets a bad grade in college, drops out, gets drafted, and sent to fight in the Vietnam War.  He’s any other ordinary kid of age 19 when he begins this adventure, but he’s altogether a different person when it’s over -- irreparably changed by this strange and different war.

An aging Lieutenant Colonel tries to make his last tour of command count for him towards a promotion before he retires.  Instead he sees that his own blundering and lack of leadership ability is his worst enemy.

A “cowboy” Captain cannot get the respect he deserves for all the good efforts and right moves he makes to deal with some of the worst problems facing the battalion and at the same time mop up after the useless battalion commander.

A handful of Special Forces experts turn a backward group of mountain people into a fighting force to combat the NVA.  Only one of them returns home to tell about it.

All these stories and many more combine together to make up the saga of Firebase Seminole.  This is a story of a new and different kind of war.  The covert recruitment and training of counterinsurgency forces; the involvement of the CIA; American troops forced to steal from their own supply houses; “Rural Pacification”; the danger of ambush at every turn; and the final, death-defying battle to save Woodruff’s Firebase.

Age 52.  Born in Evanston, Illinois but grew up in Asheville, North Carolina.  Lived in Florida and Georgia before moving to the Los Angeles area in 1980.

While in the U.S. Army he attended Combat Engineer training and Infantry Officer Candidate School, but discontinued the latter before graduating.

While in Vietnam he served as a finance clerk working with payrolls, which exposed him to people of every walk of life in the army.  Soldiers from line units, enlisted men, officers, pilots, blacks, whites, dope smokers, alcoholics, etc.  Everyone came to get paid or needed some help with their pay problems.  Most would have some story to tell or complaint to make about their own environment.

Combining these things with his own experiences and training, provided him with a rich base of material from which “Woodruff’s Firebase” was written.

In writing this story he attempted to incorporate as many incidents of action and conflict as possible.  He tried to connect all points of view from the U.S. side as to what the involvement meant.  The objective was to provide an entertaining story with an intense, gripping read that encompassed the complete picture of what it was like to be stati