The past 2,000 years has brought a lot of progress, despite all the wars and killing machines. The past 100 or 50 years or within our lifetime seems to be marked with the most electrifying ones, no pun intended. The technology age began for some with television, for others it was in 1957 with Sputnik. Pluto was only first discovered about seventy years ago. Regardless of when you think it began, we and our babies have come a long way since the horse and buggy days with the advent of the automobile, electricity, the nuclear age and the computer. Technology has come further in some of our lifetimes than the combination of all prior technology since the beginning of time. That is a lot to deal with, process, and remember even though we take most of it for granted and expect everything to work for us every time.

As the year 2,000 approaches and beyond with an age of enlightenment upon us and with technology soaring to new heights, we need the assurance that each step we take individually and collectively is the right one. We want to keep from stumbling in the midst of the charging and changing information age where we are continually attacked on every front.

Lest we forget, the author of the most important signs in the universe is God-

Genesis 1:14 ' And God said, Let there be lights in the firmament of the heaven to divide the day from the night; and let them be for signs, and for seasons, and for days and years:' Job 38:32 'Canst thou bring forth Mazzaroth in his season? Or canst thou guide Arcturus with his sons?' This means- can anyone but God arrange and place the constellations each month/season, or the Great Bear with his/her sons? Note: The Bear's tail is the Big Dipper.

When God stretched out the heavens, he stretched light and time along with it. That's why the light from distant stars many light years away can shine on the earth today.

Remember when you were in elementary school and were learning about Columbus and the discovery of the New World by the Europeans beginning in the 1490s A.D., how some in that day thought that the world was flat? They thought that if the ships sailed far enough they would fall off the edge of the earth. Well, Isaiah the prophet from 740-701 B.C. in chapter 40, verses 20 and 21 said: 'Have ye not known? Have ye not heard? Hath it not been told you from the beginning? Have ye not understood from the foundations of the earth? It is he that sitteth upon the circle of the earth, ...' How could anyone reading this get the idea that the world was flat or not round? Certainly some strange ideas have been passed down throughout the ages.

The nighttime sky filled with all its glistening and twinkling pinpoints of light is illuminating and quite lovely to view. Sometimes I imagine it as an eternal black curtain that has tiny holes poked through the fabric where we could glimpse the brightness and glory of heaven if we could get close enough to peek in. Anyone, especially stargazers, can see or visualize assorted patterns in the starry night. Sometimes, if you stare at them long enough, the stars appear to take on a connect-the-dots design. The more you look and the more you study the shapes of the constellation illustrations the easier it becomes each time to locate specific clusters or groups of celestial bodies. Take the moon for instance. After a while of observing the crater shadows I began to see facial shapes of eyes nose and mouth. To me it has three distinct faces as viewed from three separate angles. I have drawn three oriented illustrations of the faces I see. On a clear night when the moon is full go outside and see if you can see one or more of the faces of the man in the moon. I guess this could be correlated to seeing certain shapes within cloud formations or in dense tree branches when you have the time to relax and open your senses. As the moon is rising when you look eastward the moon appears to have a pleasant or happy face with a little smirk or sideways smile. The face is tilted downwards toward the northeast. When the moon gets overhead you can look north and lean or lay back and see the second face, one of surprise or awe. It seems to be saying, 'Oh, it's high up here!' As the moon is setting it seems to look sad or disappointed that it will soon be down and out of our sight. To make a long story short, it is fun and adventuresome to be a stargazer or a night skywatcher. I have illustrated the faces next to the actual moon image. 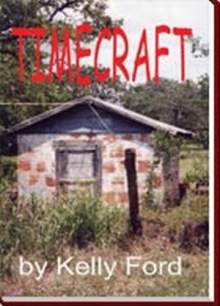 We should all be concerned with deceptions. From the door to door fly-by-night scam and con artists to the politically incorrect problems throughout the world, these delusions and exploitations need to come into the light for exposure, understanding, and judgment. We can easily ignore the ones that don't pertain directly to us right now, but the word ignore goes hand in hand with the word ignorance. Once we see what the problems are, and ignore them long enough, we are prone to fall into the traps and snares awaiting the unsuspecting. Ancient deceptions are just as deadly. Our calendars mark two active and direct symbols of betrayal. The first has to do with sun signs. Yes, the zodiac, horoscopes and astrology. The second has to do with the core of Christianity itself, Good Friday.

Part I delves into the astronomical workings of the universe in relationship to the earth with the precession of the equinoxes and the havoc it has played during the past 2000+ years. The astrological signs are known to be one sign off from their real places in the sky, but no one seems to care that Astrology is bilking the world of time, money, actions and thought. At the time of your birth, the sun was supposed to be transiting in your sun sign, but it wasn't. Where were the stars in relationship to the sun? How and when did this happen? Where are they now? Do the astrologers know this? Do they care? The drawings in this book clearly illustrate the complex workings, and the language is put simply in layman's terms to be easily digested and understood. Added are the ingredients of time, math and truth. Go with me on this far reaching and astounding journey into the past and uncover the simplicity of God's planned and incremental movements and relationships of heavenly bodies. Time changes everything in its path. Discover your turning earth as you never knew it to be. Things that endure the test of time and remain seemingly unchangeable tend to be worshiped. We no longer need to be trapped in the bondage of ignorance that tries to imprison us in a paralyzed stranglehold of the past. You will look up into the heavens with a fresh and new perspective as well as appreciate the vastness and simplicity of the creative structuring of the sky like never before.

Part II of the book realizes that we have been deceived into believing that Christ was placed in the tomb before evening had come on the Friday before Easter and was raised 36 hours later, half the time He said He would be in the grave. The validity of Christ's Messiahship rested on His own words in Matthew 12:38-40. These words were specifically given to the elite teams of the Jewish legal system, not just to the masses. He had to be in the grave no less than 72 hours to authenticate that He was not an imposter. Go with me back almost 2,000 years and see for yourself by the Biblical account that Good Friday was not the day of crucifixion and that Jesus was raised early on the first day of the week (not Sunday morning) according to the Scriptures and that Satan is playing havoc with stealing the special time of the week and day that Christians are asked to assemble by example. Go with me to the tomb and uncover its correct timetable. Does Christendom know the truth? Do they care? Arm yourself with the knowledge of the ancient ages. History is not just a collection of past factual accounts, it is His story. This book is akin to the little book mentioned in Revelation 10.

Kelly Ford was born in the first year of the baby boomers. He has read and studied the Scriptures from an early age giving congregational lessons and sermons at the church he grew up in. He served his country from 1966 to 1970 in the U.S. Air Force, spending the last year overseas. His ardent studies began in 1974 with a serious car crash which blew out all four brand new tires on the station wagon he was driving to college that morning.

Further pursuits and 177 college credits later earned him a Bachelor of Science degree in Occupational Education at SWTSU in San Marcos, Texas, in 1988. His students included abused and neglected emotionally disturbed adolescent youth at treatment centers in Houston and Austin, foreign pupils enrolled in World Bible School, as well as professional adult technicians and engineers at a world class electronics defense contracting firm located in Dallas and Austin.

A major setback in defense spending caused his family to relocate and begin anew. Stabilizing influences include a twenty-five year marriage to the most wonderful woman in the world and a dynamic faith. An astronomical physics class led his quest to write this book about some of his observations as well as the many years in God's word.This is a culmination of those efforts.