By the time she was sixteen, Hilda was playing at many school functions and club socials in the neighborhood. She had left Webster School to go on to East High School.

At this time a great change came into her life. She came home from school one day to find a tall, important-looking gentleman talking to Gunilla in the parlor. He was finely dressed and had a beard. Gunilla appeared flustered but her eyes were shining. Who could he be? Hilda wondered.

The tall man stood up, bowed, and said, "You must be Miss Swanson. I am Alexander Bull, son of Ole Bull. You have probably heard of my father."

Of course Hilda had heard of Ole Bull, the most famous of all Norwegian violinists, who had toured America in 1856 and had played a concert in Minneapolis in 1869. She knew he owned a rare Stradivarius violin, one of eight made by the masters. Hilda had done her reading well, and she also remembered that the poet Longfellow had called Ole Bull "the angel with the violin." She had even read in the paper that Alexander Bull was coming to Minneapolis. It was hard to believe that he was here in her house talking to her mother. She put her hand to her mouth and sat down limply, overcome, barely able to whisper a greeting.

"He wants to hear you play, Hilda," her mother said, patting her shoulder encouragingly.

"Yes, I have heard of you through friends," Mr. Bull said, "and I am looking for a good pianist to accompany me on a tour of the Midwest states. I didn't realize you were so young, but I have heard nothing but praise for your talent. Would you please play a few selections for me, Miss Swanson?"

Hilda swallowed nervously, for her mouth felt suddenly very dry, and then asked, "What would you like me to play?"

"You select them," he said and smiled at her.

A calmness settled over Hilda and with a determined look on her young face she went over to the piano and sat down. "What shall I play?" she thought for a moment, then made her decision.

First she played classical music, then some of her own favorites, winding up with a few lively Norwegian pieces that had Alexander Bull standing on his feet, clapping his hands and crying, "Bravo, bravo!" The slightly bored look he had worn before she played had completely vanished and he stared at her with shining eyes.

When she finished, he picked her up from the piano bench and with his hands around her small waist swung her in a circle, saying over and over, "This is wonderful, this is so wonderful. I never expected to find such talent here."

"Thank you," said Hilda. She knew she had done well and was so glad that he was delighted with her. Would he take her on his concert tour? She wondered. 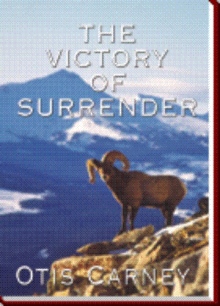 The Victory of Surrender
Otis Carney
$9.95 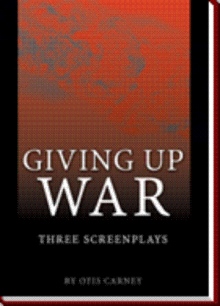 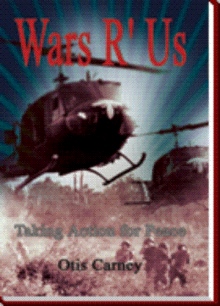 In November, 1943, Marine fighter ace Johnny Quinn is shot down over the dreaded Solomon Islands. Ditching his Corsair beside Japanese-held Choiseul, he has to rescue a wounded Navy ensign, Linc Naughton, who had only landed there to rescue him. Fleeing through the enemy-held jungle, they finally stumble on an island girl, a half-caste Polynesian fugitive, Mary Peaslee---Momo in her native tongue.

From this moment on, their three lives are intertwined. Their escape from Choiseul hurls them into an adventure and a tragedy. Forty-three years later, in 1986, a harrowing plot brings them back to Choiseul. The island girl, Momo, becomes once again their healer and their courage. In this war now, in the forgiveness of themselves, they no longer seek victory, but only surrender.

Otis Carney is the author of thirteen books, including the best sellers When the Bough Breaks and New Lease on Life. In film and TV, he's created series and screenplays for major studios and networks, for such actors as Jack Webb of Dragnet, Marlon Brando and John Wayne. The winner of Freedom Foundation and Western Heritage awards, he does occasional journalism for national publications, and has written for presidential candidates. According to the New York Times, his landmark campaign film 'Choice' was 'unique,' a 'forerunner that enduringly altered political discourse' in the U.S. A graduate of Princeton and a Marine Corps captain, he flew in the Pacific for 22 months during World War II. Mr. Carney and Teddy, his wife of 50 years, have three sons, six grandchildren, and in their spare time are cattle ranchers in Wyoming and California.