Christ Is Coming; The Antichrist is Revealed 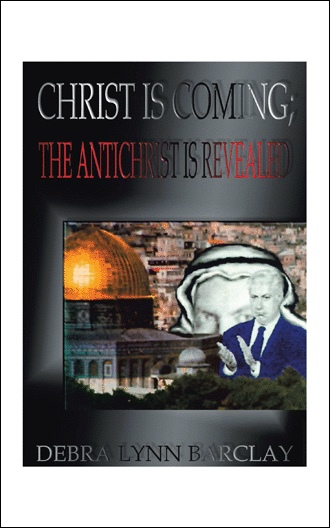 What would happen if a hundred-mile-an-hour fast ball came straight at your face, and you ignored it? That's right; it would knock you out! The same is true if you ignore the warning signs God has provided for you in His Word. To get our attention focused on Him and off other things, the Lord has given certain danger signs that would precede his coming. We need to wake up! We need to take heed to His words and what is going on around us. God is at the door, and we are not looking at Him. Paul wrote in Romans 13:11, "And that, knowing the time, that now it is high time to awake out of sleep: for now is our salvation nearer than when we believed."

The Lord has warned us that in the last days perilous times would come. He compared the last days to the days of Lot. In recent days, troubles, famines, and earthquakes have occurred in various places marking the beginning birthing pains. These signs, combined with the rebirth of the nation of Israel in 1948, have sounded the alarm of the immanent return of Jesus Christ. However, as with a woman bearing a child, the real travail comes at the end. For when they shall cry peace and safety, then the Bible says there will be "sudden destruction."

Chapter 3
The Antichrist Is Revealed

One evening, while I was studying the Word, the Lord gave me the knowledge to understand some of the revelations in Daniel chapter 11. Excited, yet amazed, I ran to my husband, who was sitting in the front room, and said, "I know who the Antichrist is! God has revealed him to me!" Bewildered, my husband just watched and listened as I began to explain some of the following verses taken from this chapter.

The word "he" in this verse is Yitzhak Rabin, the former Israeli Prime Minister who took office on July 13, 1992. Instead of turning his face toward the enemy, Rabin turned it toward the fort (meaning the defense (2)) of his own land. In his article, "A Biblical Bird Disappears from the Israeli Landscape," Gary Stearman writes that "Prior to his assassination, Rabin had been branded a moser - a Hebrew term for one who collaborates with the enemy" (3). And he did just that. When he gave Israel's land to the enemy, he gave away their defense, for the land acts as a natural fort. This God-given land separates them from their enemy. The further they are away from the opponent, the more military warning time they have in case of an attack. Notwithstanding, Yitzhak Rabin, instead of facing the adversary, "turned his face" in uniting with them, leaving him only to look back upon his people and their land.

Rabin had forgotten this sacred land did not belong to him. Setting God aside, he used his power of authority and signed an agreement with PLO leader Yasser Arafat. This agreement totally defied the Word of God. Outraged by his action, Yigal Amir, a religious nationalist and law student, murdered Rabin with two bullet wounds to the back. However terrible this may seem, "[s]ome evangelical Christians saw the event as part of God's unfolding plan for Israel's destiny" (4). God raises up leaders and brings them down. In the fulfillment of prophecy, King David killed King Saul's assassin even though, paradoxically, Saul's death paved the way for David to usurp authority over Israel. Similarly, Yitzhak Rabin, who started to build his own kingdom, pushed the Lord to the side and touched what wasn't his, the land. Now he is no longer in existence. In fulfillment of prophecy, Rabin's death, on November 4, 1995, paved the way for the ascension of the next Israeli leader, Shimon Peres.

After Rabin's assassination, Israeli Foreign Minister Shimon Peres took his office. As a "raiser of taxes," Peres was the driving force behind the peace treaty signing. He was the one who coerced Yitzhak Rabin into taking a step toward peace. Shimon Peres didn't just broker the agreement, but he birthed it. That is why he was commonly called the "architect of the covenant."

I was on the cross
I was on the cross, and you took me down
You have trampled my blood
Lift me up
Lift me high for all to see
For vengeance is mine, saith the Lord.
HIS DEADLY WOUND WILL BE HEALED!

Nebuchadnezzar, ruler over Babylon,
"Thou art the head of gold."
Ruler = head - for head in the above means ruler according to the Strong's Concordance.


Rev. 13, "(v. 1) And I stood upon the sand of the sea, and saw a beast rise up out of the sea, having seven heads [or 7 rulers] and ten horns . . . (v. 2) the dragon gave him his power, and his SEAT, and great authority. And I saw one [or the "first," esp. in coming] of his heads AS it were wounded to death [the "first" in coming who will take "priority" of the 7 leaders/heads will be as it were wounded to death. In other words, he doesn't die just his leadership/head. Also, what is John talking about in Rev. 13:2 . . . the beast's rule hence his seat! Netanyahu, the first in coming of the 7 leaders has temporarily lost his seat.] . . . and his deadly wound was healed."

Rev. 17:10 speaks of the rise and fall of kings. Verse 11 continues speaking of the Antichrist, "And the beast that was, and is not, even he is the eighth, and is of the seven, and goeth into perdition."

At the time he was prophesied over to be the Antichrist, Benjamin Netanyahu was in office.