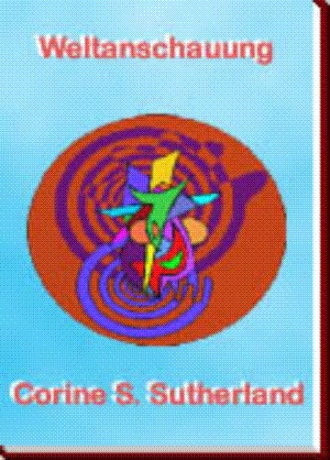 Again, the Wage-slave is not a contrary result of the rational view, though, it is a negative result for man. Yet it is the very result that should happen. Marx states the existence of the Wage-slave both ways, that it is the result, and it is a contrary, or negative result. Thus the directive, as it is for Marx, coupled with the promise of the better life for man through Reason, is the expression of both the promise and the world view having failed. This is Marx's attempt to 'back man out' of the world view, via a failed directive that causes the promise to fail because a nonnatural choice was made, and then (as this author understands what occurred with Marx's work), reinstate the promise through a proper directive (Communism), by being more selectively rational to make the promise work.

Believing the promise that Reason would give man the life he wanted, secure and true, was simply a false belief. Separately, and unfortunately unforeseen by man, the rational world view has given him the only life it can give him. That the promise has failed cannot be made point of by coupling it with the view's directives because one does not add up to the other; one (the directive) is working, and the other (the promise) is not. Saying that Reason creates the Wage-slave is not saying that Reason failed. Man believed incorrectly about Reason, but the world view is as it should be. As Marx's argument does not work, then man's mind cannot be redirected by following a directive that does not add up to the failed promise. Marx's argument has a contradiction. . . .

'Weltanschauung' is a study of the current worldview's system of utilitarian ethics. This system, as proven by the history of this worldview, is deadly for man to live by. In the course of trying to find a solution to this problem, six major philosophers have developed different systems of ethics intended to replace the one inherent with the current worldview. The philosophers involved with these attempts at resolution are, chronologically: Karl Marx, Max Horkheimer, Theodore Adorno, Jurgen Habermas, Alasdair MacIntyre and Hilary Putnam. The purposes of this study are to determine, first, why the different systems of ethics authored by these philosophers have failed to solve this ethics problem. Second, this study will determine that, in fact, there is no solution regarding a correct system of ethics to replace the one inherent with the current worldview.

In the course of this study, a review of these philosophers' attempts to solve this ethics problem reveals that their choice of argument strategies was to refer to either the nature or the structure of the worldview. The point of these strategies is to expose the ethics problem as it is tied in with either the nature or the structure of the worldview, associating exposition with eradication. The result of this study reveals that these methods of argument fail because both they and any other strategies are powerless to change a worldview. Rather, an argument about the mechanics of world views overall is the correct course because such an argument shows that a worldview cannot be changed. In effect, man will either have to live the current world view out until its end, or, if he will, before the worst could happen, make a change to a world view that is ethically better suited for him to live by.

With a deep interest in philosophy, it was not until reading the works of Karl Marx and the Critical Theorists, Max Horkheimer and Jurgen Habermas, that the author of 'Weltanschauung,' Corine Sutherland, developed an interest in the study of the problem of the current world view. After reading the works of these philosophers, and the few notable other philosophers who also have contributed to the project, Ms. Sutherland grew curious as to why none of these philosophers' ideas for solutions to the problem of the current worldview have worked.

The author determined that since the solution has not been found in the ideas put forth by these philosophers, then the answer must lie elsewhere. It was this determination that led to the birth of this book, 'Weltanschauung.' Added to Ms. Sutherland's curiosity and love for philosophy is her advanced academic background that includes both a bachelor's and master's degree in philosophy.