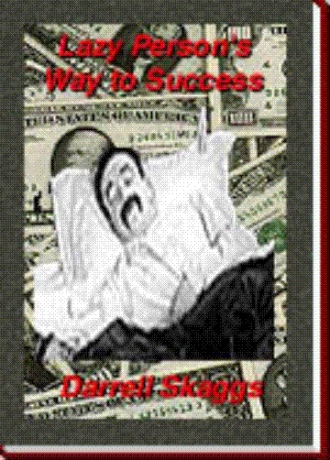 You will see words like DYNAMIC POWER and PSYCHIC POWER along with other words that have to do with yourself. After all, who are you all about except yourself. This has nothing to do with the psychics like you are seeing on TV these days. I called them one day for research of things that can help you. People play on the fact that people have that inquisitive mind, they want to know the future, and astrology has been popular from the early Bible days. I could and you can guess about people and would be right 50 or 60% and this is what they play on. They couldn't tell me anything even after they ask all about myself. If they were psychic, why did they have to ask me anything? Don't put this book down till you have finished before you judge for this has worked for me and thousands of others. I hear the same thing only in somewhat in other words. You are the one to know your future and make your own future.

One of our big problems in this country is that we expect someone else to get it for me. At the time of the stock market crash and many people were out of work, people would stand in line for hours to get a job regardless of the pay. Just as long as they could get something to feed their families and a roof over their head. They would not get in a food line because they didn't work for it. Today, people stand in line for the government or someone else to give a handout. They won't take a job if they had one. The welfare has been one thing to destroy the dignity of so many people. You cannot blame the people but the government. It would be almost impossible to stop now; the Frankenstein has been created.

But things can be changed one by one of people who really don't want to be without a job or on welfare begin to work on the things that possible make them to fail. I talk to different people who are in business and they tell me that it is hard to get people to work when they have it. They want to know how much the pay is and if it isn't 7 or 8 dollars an hour, they don't want it because they can get that much without working. When I was a child, we would collect everything we could like collecting bottles for return, cut grass, go to the store for an old couple or person to get a few cents.

You are now on your way to having everything in the world you really want! Notice I say 'everything' not 'anything.' There is an important difference!

If someone were to give you 'anything' in the world you might wish, they would automatically limit their gift. And, they would be withholding far more than they were giving. 'Anything' really means 'any one thing.' If the world were theirs to give, you'd get a tiny fraction of it and they'd keep the rest.

But, to have 'everything' is to promise without limitation! An important part of DYNAMIC POWER practice is the need to detect and be free of any limitation. When you read the first sentence above, you may already have started to limit what this book can give you. It is important that you do not. Let us look close at that first sentence again.

'You are now on your way to having everything in the world you want!'

What was your reaction when you read it? Did you start to reject the possibility of truth in that simple statement? Did your habit-conditioned mind automatically say, 'not me,' 'no way,' 'is he kidding?' The strong possibility that you did just that is the reason we are dwelling on it at length. The more you were saying I don't believe that, the more or stronger you have been programmed to disbelieve in yourself or your capabilities. Possible by mother, father or the person that raised you. Maybe you decided after a few failures that began thinking negative about yourself. You decided you are only able to get the things in the low-income bracket and put limitations on everything.

Only a fool would accept such a statement on absolute faith without any evidence whatsoever. 'And your daddy didn't raise any fools.' But a wise man, free of deadly self-limitations, would merely ask, 'How?' Don't be guilty of self-limitation. Don't reject the riches that can be yours by 'knowing' or 'fearing' you can't face them. Ask only. 'How?'

How can you have everything in the world you really want? Even a King or a millionaire or President of the United States, not even the Pope can have everything they want. I might as well throw this book down now. I've just wasted my money. I wonder if I can get my money back. Go with me through these pages step by step and you will KNOW! Can you forget self-limitation for the moment.' Can you cast aside failures-oriented doubt long enough to try to learn how?

Perhaps you are wondering how so many people came to know of these laws and learn to take advantage of them. As long ago as the 1950's, key executives of highly successful, really big corporations, began to be turned on to very same truths you are to receive. No one knows, or at least I have been unable to determine with accuracy, the names of the very first researchers into what might be called the Scientific Basis of Research. But, soon the practitioners were carrying on a number of costly but highly effective classes, seminars and private sessions.

The price of such services was high. But the thousands of dollars, which they paid by the blue-chip executives, was a paltry fee for the immediate and spectacular stories that resulted from the application of the secrets they had learned. Needless to say, as is always the secret of power, the men who were fortunate enough to have gained it were in no hurry to broadcast the news of it. They wanted to keep the powerful advantage they had to themselves.

So great was the desire for secrecy that most of these power-sessions were carried on away from the executive towers of the corporation giants. Small groups journeyed to mountain or desert retreats for the closed meetings. The fees were so high that attendance was already limited to those top executives but, beyond that, only key persons were even informed of the opportunity. Now, you are able to get the same thing for a very small amount of money.

Since those early days, research has continued. The truths, which evolved, were the results of putting together facts from every phase of human development. And as the findings of this research were assembled, certain well-defined patterns of power making for certain success became evident. Those patterns explain why 'some must win, some must lose.' But, more importantly, the rules evolved from those patterns eliminate losing for those who follow them.

It does not matter how much money you have or how you got it. You may have worked hard and may not be successful to you. You may have tried hard to become successful but never made it, as if a cloud is always hanging over you -- causing you to fail. This is a small book packed with knowledge to help you to become the success that you have always wanted. It is the book that is a must in your home, office, or wherever you are most of the time. For just a few dollars to purchase, it is worth thousands to you.

I was born in a shack during the depression. Sometimes we had no food so I know what it is to be poor, but that is not failure or success. I moved to Chicago after four years in the Air Force. I had a wife and two children, 33 years with teletype corp. I moved from bench hand to engineer, raised five children in Chicago and retired at 55. Through studying psychology and my experiences in life, I learned the things I wrote about in this book. Success is not how much you have but how much your things have you. I own a Dairy Queen, and enjoy it. Have 5 children, 15 grandchildren and enjoy them when I can.