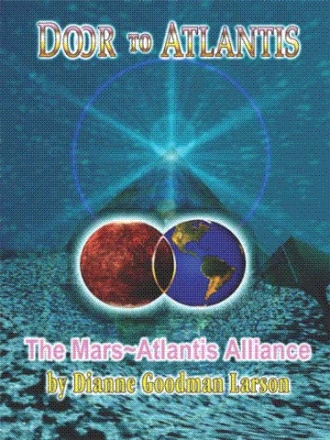 Startling accounts about past life recall by children have escalated dramatically over the past eight years. It is no longer a topic of discussion that is prohibited or censored the way it has been in earlier decades of the 20th Century. As a culture, we are more familiar with related instances of past life memory by adults. I never thought I would find myself among the ranks of people who are fortunate to have such unusual memories, but I joined the ranks in 1994. The information I recalled was during a spontaneous experience triggered by sacred geometry symbols and activated by a mysterious visitation from someone resembling a priest who came to me interdimensionally on the night before the experience occurred.

Let me establish that there are some very well known people who have memories of the ancient past, or who normally experience life from other dimensions. Psychics that are authors have detailed the history of various civilizations on other planets and in other star systems. Among them, the great Edgar Cayce, probably the greatest seer of them all; Seer and James Van Prague, Gordon Michael Scallion, Sylvia Browne and Drunvalo Melchizedek, to mention just a few. A lot of what follows in the next chapters will be viewed by many as extraordinary, and it is. It is of an extraordinary time period and great continent. My memories, visions and experiences are of the kind that certain types of priests and psychics may have: Entities popping in and out, auras shifting and changing, vibrations increasing and decreasing in frequency, things materializing and dematerializing, supernatural visitation and paranormal activity every step of the way. They are memories of activities in the ancient past, primarily of Atlantis and a few of Egypt. Memories of a time when certain humanoids all distinctly different looking from each other, existed first on one planet and then on another planet, Earth, without so much as a break in consciousness.

The earliest memory is of people being in flight, moving through space. Point of disembarkation is Mars. Destination is Earth. The vision is of a small group I call 'The contingent'. They were Scientists and Priests alike, who can be described as some of the elite of the educators and intellectuals of the planet Mars. Surrounding the contingent is lots of energy, daylight, then clouds moving by at incredible speeds as they descend through space. In addition to the space and energy visible to them, it was noted that there was no vehicle made of metal, no ship that could be identified as a mode of transportation. It was a different space time, a different level of evolution, a different consciousness, even a different physical expression as a lifeform compared to the human physical expression. Two of the very important differences that must be pointed out early are these: As this group descended through space, they became aware that they were entering a realm, a planet with extremely feminine energies emanating way out into space. The place which they had just left, Mars was the complete opposite. That planet generated extraordinarily masculine energies from within, outside and beyond it's realm and the area which it occupied in this solar system. The next very important thing, is that this group was not the Annunaki of Nibiru, who are frequently discussed; this group of people were the Martians. They were Martians with abilities to move through time and space to coordinates that took them to Atlantis.

At the time of the arrival of the Martians they found the humans of Earth at a very young stage of evolution. With their exceptional intellectual abilities and their advance technologies, the humans considered the Martian scientist-priests to be very interesting. However, despite their technology and abilities, theses Martians encountered someone else; someone on Earth who was physically quite big, a whole lot taller than the tallest human, and whose feet never touched the ground. The 10 foot tall scientist priests of Mars, considered gods themselves, revered this other very human looking being, respected him immensely and meditated and prayed in his presence when he conducted ceremonies. What I can say is that he was one of the Mystical Brotherhood; he was what would be considered a god -- a giant of a god. He was one of the early Masters of Light of the mysterious Brotherhood. The mystery of this Great White Brotherhood would later be attached to names such as St. Germain, El Morya and Kuthumi who would bring the mystery of the Ascension right into present day. This immortal Brotherhood is key to the emergence of much of the information contained in these pages.

This contingent of a very evolved race of beings from Mars must have had a very good reason to leave their planet and head for a much younger, developing planet. What was their reason? Their arrival here to the third dimension of Earth would have put them back almost one million years in time behind the Martian civilization's achievements. The obvious reason, given the condition of that planet now, was a definite need to survive. With the advance technology which I know they had, it is my belief that not a natural cataclysm, but an impending technological catastrophe forced the Martians to skip Mars and look elsewhere to survive. Destination -- Atlantis.

Door To Atlantis discloses an extraordinary series of events which occurred in Atlantis that had tremendous impact on Earth, the magnitude of which will astound you. It answers the very current controversial question about a Mars-Earth connection, a Saturn-Earth connection and encounters that some think none of the Human race is ready to hear. But we are ready. It also relates events of the present time cycle from the author's time travel events, which have taken her events to a celestial object that transited our Solar System, at its closes point to Earth's atmosphere in 1997. She unexpectedly came face to face with an ominous presence of a race of Extraterrestrials with the negative Force vibrations and questionable intentions toward our planet. Learn who they are, what effect they are having on some people at this time, and what their Agenda might be for Earth. The author's most recent travel adventure took her to the future where she encountered the Master of Light who promised to 'prepare a new place for us,' and promised the return of the Christ consciousness to humanity at the peak of the battle of Darkness and Light. The book gives some details on a dimension of angels, and a dimension of beings much like the Titans, from the Journey to other worlds escorted by Masters of Light. Likewise, there were confrontations with the Masters, and their extraterrestrial recruits.
The book also talks about ancient Master School teachings of the Seven Rays and it teaches powerful ways that you can use your Sacred Fire and the Rays of the Light Force. It addresses other spiritual topics that should be helpful to some at this changing time.

The Great White Brotherhood has chosen this book and this time to reveal the Truth about the Mars Atlantis Connection with the cooperation of this Atlantean Scientist Priest. It is timely and comes at a time when their opponents in the Dark Force have launched disinformation campaigns about Mars and Earth, and might be getting ready to launch something else, while tightening their grip on an unawakened Humanity. This book encourages the people of this planet to wake up and reach for their multidimensional awareness and freedom by utilizing the power tools of Light and a secret, ancient connection to Mars and Atlantis that is connected to Genes. Discover the tremendous Move that is occurring with the Solar System that seems mysterious because we are 'inside' the system. The Masters of Darkness have had this planet in its grips since the sinking of Atlantis. This book is all to bring lost knowledge and powers of Light to a humanity that is being kept in vibrational patterns of sleep and to let them know that the Great White Brotherhood obviously has to face the issue of dark Extraterrestrials in order to protect this planet.

The author spent her childhood in and around the spectacular, blue waters of the Atlantic Ocean. After a career as a professional singer, she majored in Broadcast Journalism at Kingsborough College and attended New York University for 3 years.
Dianne joined the Theosophy Lodge of New York in 1984, and shortly after began to be visited interdimensionally by a being in blue robes. He taught her one-on-one for 3 years. Five years later, she learned incredibly that he was El Morya of the Great White Brotherhood, Kuthumi and St. Germain.

In 1994, one of the Masters, stepped through her wall and adjusted chakras and sevenfold flame around her head. The next day at Drunvalo Melchizedek's Flower of Life Workshop, Dianne had a spontaneous experience triggered by the Star of Melchizedek. This Ancient symbol she recognized from 13,000 years ago, when it was used in secret technological activities by an Extraterrestrial Group she identified as a Contingent of Martian Scientist Priests of Atlantis. Dianne was transported via consciousness through time to Atlantis, where she remembered being one of them, as well as a Chela of the Master Teacher, Himalaya of the Great White Brotherhood. Her life changed dramatically with Extraterrestrial encounters, masters of Darkness and Light; encounters with the Greys and starships. She later became friends with a Living legend of UFOlogy.

This extraordinary story and energies of Atlantis continue to permeate her life. In the Spring of 1999, Dianne awoke from sleep to find a small, beautiful cosmetic glass jar with an aqua-green cover just sitting on her pillow. The green cover had the name 'Atlantis' imprinted diagonally across it. Startled at the sight, she watched it with fascination for 15 seconds and just as she reached out to pick it up, it dematerialized in front of her eyes. As a show of gratitude for that gift from the higher dimensions, Dianne created 'Atlantis'-Beauty Expression, the Beauty care line for women and men, as a way to bring the gift into the material world. Presently, Dianne is a Melchizedek Priest; Flower of Life Facilitator, and works with the teachings of the Ascended Masters and I AM Presences. Dianne teaches and lectures on Atlantis in New York and the Northeast.