Daddy, Where are We Going?

The Court date had arrived. A nervous tension filled the house. After breakfast Grandma showered and went to her room where she laid out a navy blue silk suit and white sleeveless, silk shirt. After carefully inspecting her black and white spectator pumps, she lay across the bed and began to pray.

Cheryl rapped on the bedroom door and said, 'Auntie Shirley, you have a phone call.' 'I'll be right out.' Grandma called. The air conditioner was humming softly and the house was cool and quiet. Grandma picked up the receiver. 'Hello?' She said. A man's voice with a distinctive southern accent, spoke. 'Mrs. Barker, I don't know if you will remember me, my name is Judge Belcher, we were introduced in Church last Sunday.' Grandma had met so many people in the past thirteen days, try as she might, she could not put a face with this voice. 'No, I'm sorry I can't say that I do remember you.' Ignoring the fact that she did not know to whom she was speaking, Judge Belcher continued to speak in his slow deliberate southern manner. 'Allow me to tell you why I have contacted you. I have been a friend of the Barker Family for years and it is disheartening to think that there might be dissension brewing when there is an equitable solution that would be beneficial to all.' When the Judge paused to take a breath Grandma said, 'Excuse me, I really don't know who you are and I have no idea what you are talking about.' Judge Belcher's voice gave no hint of the irritation that he felt. He said, 'Ma'am, perhaps I did not make myself clear. I am an attorney for Miss Elnora and I will be in Court this afternoon for the custody hearing.' Grandma was light headed, she began to perspire. When she found her voice she said, 'I was not aware that an attorney was necessary for a transfer of custody when both parties were in agreement and the Children have a desire to go. Had someone informed me that I needed legal representation I would have engaged an attorney also.' Hearing the uneasiness in Grandma's voice, Elnora's attorney continued. 'You understand that I am an officer of the Court don't you? Now if I get the ear of the Judge who will hear this case and say that a move at this time could cause irreparable harm to the Children, this could be a long drawn out affair. Mrs. Barker, I have prepared a subpeona in the name of Ms. Lois Carter of the Alabama State Board of Mental Health and she will testify to the fragile mental and emotional state of these Children. On the other hand, if you drop this matter now Miss Elnora will allow you to take the Children to Ohio TODAY; and keep them for the remainder of the summer.' Grandma was ANGRY! She took a deep breath then slowly exhaled before speaking in a soft controlled voice. 'How dare you call me two hours before the hearing and attempt to coerce me! Perhaps you don't know that Elnora and I have a verbal agreement made in the spring of 1991 when she agreed that the Children have 'trial visits' with me enabling them to gradually become acclimated to their new surroundings and then when they say they are ready she, Elnora, would sigh custody over to me. Now you say if I drop the matter Elnora will ALLOW me to take my Grandchildren to Ohio to visit for the remainder of the Summer? Shame on you! I do not have an attorney to speak for me or to accompany me in the Courtroom but you can be sure that I will not be alone. The Lord will be at my side as I serve notice to you that I take offense to you and the things that you say. How dare you threaten me! And you call yourself a member of the Bar! Sir, you owe me an apology!' Judge Belcher was taken off guard. He was after all a gentleman, born and bred to respect the fairer sex and yet, he owed allegiance to Miss Elnora. The Children's Grandmother was a 'LADY' who obviously was strong willed, well educated and knowledgeable but most of all, she too was a Barker! Feeling himself between the proverbial rock and granite; Judge Belcher stated that in no way had he intended to upset her and asked that Grandma please accept his heart felt apology. 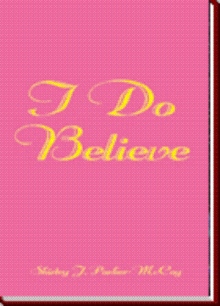 An inspirational, fictional novel based on actual events.
For generations the Barker family legacy had been one of unity and an unparalleled sense of pride in their heritage. Living the 'black experience' served to motivate them to achieve, in spite of the stigma placed on African Americans in a society plagued with unfounded prejudices. Education, hard work and 'family mentorship' had elevated them from Alabama sharecrop farmers at the turn of the century, to upper middle class Educators, Medical professionals, Brick-mason contractors and Administrative Managers. To be a 'Barker' was to hold your head up high, take pride in who you are, accept your responsibilities, set goals and work to attain them. The thought of a 'Barker' shirking or abandoning their responsibilities, was the unthinkable!

Deidre' was an African American beauty of Jamaican descent. She was dark complexioned with long hair as coarse as hemp rope and as black as ebony. Her round full face displayed a pert nose and keen lips with the expression of an impish cherub as her right eyebrow lifted slightly when she laughed. Beautiful dreamy eyes reflected a piercing honesty as she looked directly into the eyes of anyone that she talked to. At fourteen, she was mature beyond her years, physically and mentally. Dwayne Jr., Deidre's younger brother by sixteen months, was over five feet ten inches tall and weighed 170 pounds. He was a beautiful 'Black Adonis' with an enchanting smile displaying perfect white teeth.

Deidre' was only nine years old when she and Dwayne Jr. were taken to Alabama by their father for a six week 'visit' with a sixty-six year old Great Aunt, whom they had never met. They had never known their Mother and the only positive maternal influence in their lives had been their Paternal Grandmother. Their disappointment when their father did not return for them was manifested by erratic behavior and confusion. The many attempts by their Grandmother to gain custody and return them to their home State of Ohio was met with many obstacles. Their Faith in God and the belief that all things are possible through 'him' gave them the strength to persevere during five years of untold adverse experiences.

Born in Cleveland, Ohio August 8, 1936, I am of African American descent. I have been a member of the St. Mark Baptist Church, Cleveland, Ohio since 1947. At the age of fourteen I went to work outside the home. I graduated from John Hay High School Cleveland, Ohio at the age of seventeen. I took courses in Psychology at Cuyahoga Community College and am a graduate of the William F. Bolger Management Academy, United States Postal Service. I have four (4) Children and twelve (12) Grandchildren.

I was in the work force for over thirty (30) years. At retirement, October 3, 1992, I was Branch Manager/Superintendent of Mails and Delivery for the United States Postal Service. I have traveled extensively through Europe; thrice to Germany, Paris, Czechoslovakia, Spain, Amsterdam, Canada, the Virgin Islands and the Continental United States.

I have been writing poems and essays since 1980. Feeling that my poems were my personal spiritual expressions, I did not allow anyone to read them until 1992 when my Daughter, Jessica, encouraged me to do so. I was further encouraged when I received and 'Editor's Preference Award of Excellence' on my first entry to a poetry contest.

My poems and essays have appeared in the following Anthologies and Magazines: American Poetry Annual; American Poetry Anthology 1995; Voices of Many Lands; A Moment In time; Musings; Reflections; Best New Poems of 1994; Poetic Voices of America; Our Captured Moments; Who's Who in Poetry; Best Poems of the '90s; A Muse To Follow; Best Poems Of 1996; Verses; Starburst; and others.

In 1996 I published a book of some of my favorite poems, titled 'I do believe', Awards: 'Editor's Preference Award of Excellence' for poems; Free to be me! & Prejudice; 'Editor's Choice Awards' for: Why me Lord, I want to be selfish now!, Reminiscence and The Sprinter. 'Special Recognition Award' for Amnesiac.

My goal is to publish short stories for teenagers and preteens. I feel that our young black children and indeed all children, need guidance and encouragement from an inspirational point of view that gives hope, self-confidence and a sense of pride in who they are. The rearing of my four Children and the very close relationship that I share with my twelve Grandchildren (I have legal guardianship of my two eldest Grandchildren) has afforded me the privilege of being totally involved in the lives, loves, problems and disappointments of the present day teen and young adult.