and the Metaphysics of Evolution 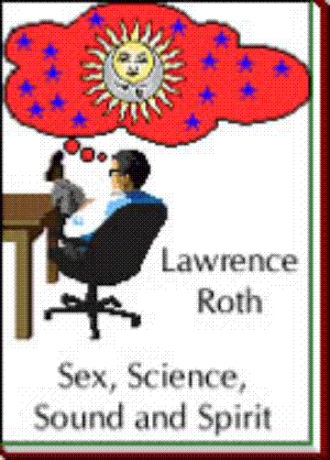 In the language of science, the "stories" come in the form of mathematical equations. They are considered to be primal stories, written into the quantum structure of time-space. And physics has its own version of the story with only one side; it is called the universal field equation, or universal algorithm. While many scientists have vivid dreams about it and swear it’s just around the next turn, there is also doubt that such an equation can ever be found. Some physicists doubt that it even exists. It may turn out to be that there is no story with only one side.

So how many sides to every story, two? Why not three, or four sides? Yes, in mathematics as well as in real life and language, there are, apparently, many sides to most stories. But so many of our really important concept stories such as in-out, up-down, good-evil, life-death, left-right, time-space, wave-particle, etc., etc., all exhibit the "twoness" that is called duality.

Furthermore, as metaphysics has long known, and as physics now knows as well, all of the other "multiple stories," no matter how complex, can be broken down to a duality. So it turns out that "two" is the correct number of sides to every single possible story. But the phrase: "there are two sides to every story" is, in itself, a story. That means there must be another side to it.

As you can tell, this could go on indefinitely, each concept demanding to be defined, each definition creating questions that branch off into complexity in every direction; then each new story to be broken down again to a different duality. But it is hoped that the point is made. Duality is the driving force of our universe and of our existence. So let us turn to the main themes and see how it applies.

Sex
Oh my God, sex is everywhere! We are bombarded with sex. From the glitzy eroticism of commercials, to titillating adult films and novels; from vulgar smut and "How To" books, to dry academic discourse. But in these pages, we will deal with aspects of sex that are hidden from all those common Western views, delving deeply, literally, into the occult aspects of sex. How bluntly it could be said. But crypticness will some times be necessary. Even in this age where anything goes, certain things are best not spoken too clearly, for many, many reasons.

Some say that physical sex must be avoided in order to make so called, "spiritual" progress. Others claim that physical sex must be indulged in. Still others, that it must be experienced in moderation. We will see that any of those paths can work, as long as sex is not feared, because sex is everywhere. From the Darwinist perspective, our bodies are nothing but mechanisms that store and transfer genes. Our bodies "are" sexual organs. Multiply that statement by ten dimensions and the occultist would agree.

We will leave this subject for now, going in and out of sex often. Indeed, on any dimension, in and out is one-third of the story. And a little restraint is suggested. Jumping to the last two or three chapters, or skipping around looking for sexy stuff could bring disappointment on one hand and too severe a shock on the other. And "shock" is meant literally. For not only will many absurd concepts have to be rationally accepted, those concepts will also require time to integrate with the other aspects of our existence.

This book attempts to tell a many-sided story, each side with two more sides. A couple of the chapters may prove a bit difficult. If parts are too scientific or philosophical for your taste, try skimming those pages, looking for main points. It will be worth it, because an understanding will make the sex better, and vice-versa.

Sex is the core of our physical, emotional, mental and spiritual existence. Esoterically, sex is known and experienced, primarily and ultimately, as polarity. Polarity is a primal duality and a universal constant. It is nearly synonymous with vibration. It will be encountered throughout these pages and throughout the body.

Sound
Like sex, sound is everywhere; simply and profoundly because everything is always vibrating. This is true on the large, relativistic scale and on the tiny quantum level, as well as on the middle Newtonian dimension, the world that our senses detect. Sound can be generally defined as vibration; and above it was stated that sex is also understood to be vibration. Can there be some connection there? Yes, and that connection can be seen with reason, but can be better understood through hearing and touching. But how can the nature of sound be conveyed with written words, which are symbols of light? How can we portray,,,,hiighee sounds, or lowwwww sounds, or ,,,,,,,

,,,, a moment of silence? See how impatient the eyes are; how they just zipped over that empty space. How can such restless organs, indeed, how can light know of sound? Only with light’s ultimate tools, reason and mathematics. We will try to understand the importance of sound in terms of light. But also, emphasis will be placed on achieving a first hand experience of the multi-dimensional effects of sound on the body-mind and an awareness of what sound becomes above and below the threshold of "hearing."

So far, we have been discussing duality in its general sense, which includes a wide variety of phenomena based on the number "two." In that respect, duality includes reductionism, which could be loosely defined as splitting something in half until it can’t be split again. The reverse of reductionism is a process that scientists have found to be a primary universal evolutive technique. It allows for simplicity to phase shift into complexity. It is called doubling, or branching, or fractaling. The process consists entirely of "one" becoming "two."

When you look at the world around you, do you see it as falling apart? Or being born? Or both? Are we in the foothills of WWIII, in the shadows of Armageddon? Or will the stock market and technology lead us on a golden freeway to consumer utopia? Yes, we must briefly deal with those superficial aspects. Partly, with the hope of a dreamer, to help change things, but more importantly, to set the stage for the discussion of higher and deeper realities.

So, look again at the world around you. Where is it? What is it? When is it? These are not at all simple questions; nor are they inconsequential. And let’s not forget the most significant question of all: Who is it?

This book is about existence. It is an outrageous book, because existence is outrageous. And in this post relativistic, quantum age, indeed, outrageousness is common place. And there we have a unification of opposites, the commonplace with the outrageous. Unification is the solution process; the joy and terror of finding Self, in a multidimensional game of hide and seek.

And unification of the field is the dream of physics. We metaphysicists can do it already, without even resorting to spiritualism. These pages unify the field, in a palpable, powerful way, that is entirely consistent with the most advanced science.

The universe is, literally, vibration. That trivial new age cliché has emerged elegantly from physics, by means of what has been called, the mathematics of the twenty first century, string theory.

We are, It is, all vibration. From planets and driving rhythmic music, to football and sexual stimulation, from war and peace, on up the scales to love, atoms and galaxies, mathematics, celestial music and the spiritual ecstasy of the quantum field.

This book, then, is tantric mysticism for scientists and other rationalists, who, we can guarantee, will never look at science and reason in the same way. For more sensitive types, it is (along with esoterica,) the unassailable, scientific and rational justification of mysticism; nothing less than the fusion of physics and metaphysics. While it may not exactly be "easy reading," complex subjects are dealt with as simply as possible, and even the physics is within the grasp of the average lay person.

And this book is not for the intellectually or emotionally shy. In many ways it is a "feel good book" that offers a new world view. But that must be qualified, because "good" is only one-half of a duality. And, as will be shown, the word/concept, "view" is far too narrow and shallow. So I guess this is a see/hear/feel good and bad book. We seek to understand the very nature of duality, (which is the primal plurality.) We begin with uncommon sense perspectives of the "out world," (the world of the marketplace, politics, image and religion,) then journey inward through metaphysics, modern physics and biology into the very heights and depths of Tantrism, where it is all unified into a field of freedom, magnitudes beyond pleasure

The author is a musician, artist and writer who has spent thirty years studying science and the occult, and the relationship between them. This is his first published book.