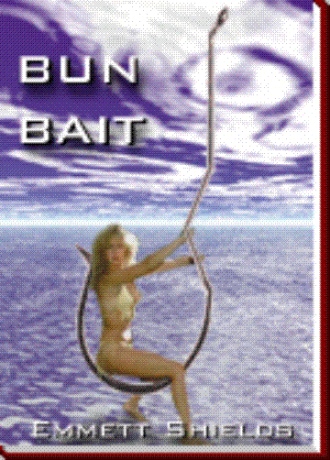 I stood outside the wrought iron fence and across La Luneta, the line of demarcation beyond which voyeurs of the conflagration could not venture, so stipulated by the ubiquitous yellow plastic tape that is standard procedure in police containment of crowds. I was not exactly an onlooker in this drama but none seemed to care, having forgotten that I was the last to escape from the burning house. I may never remember precisely how I got myself down the smoke-filled stairs to make my way outside through the main entrance there to be battered and drenched by friendly firefolk who saw some valid reason for watering me down. The metal lions that guard the entrance were strangely pink from flames reflected and gave off heat as I ran by. I thought of some pagan sacrifice that ordained that the lions should melt as the house burned. Standing now on the western side of the yellow tape I came to the realization that I was chilled. A high arc of water from powerful hose made an impromptu fog and rain that added to my discomfort. Soaked sneakers, jeans and a slipover were all the clothes I owned, the rest of my wardrobe having turned to ashes. I knew that I was fortunate to have gotten out.

As though I were reviewing film clips of a tennis match, I saw my room as it filled with flames. In this psychic replay I saw Hans hold Helga with one arm in ragdoll fashion and wondered how he could do it. I recalled my speculation as to whether she was unconscious or dead as flames licked at her body. I saw Hans release her unceremoniously and in some disembodied way I hoped that she was beyond feeling her immolation. As if he were Moses parting the Red Sea, in the manner of a Charlton Heston, Hans opened his arms wide as he seemed to exult in their hour of retribution and at that peak of emotion he was enveloped by the fire. Here my replay of the scene ceased and I came back to the present as the last of the superstructure tumbled upon itself.

At that point, I realized that Lenny was standing beside me. I had not seen him come; he was just there, as Lenny is always just there. His presence was the cathartic that ended my detachment and I began to cry. As I wept, I felt his fingers grasp the nape of my neck and dig in firmly. Painfully, it was a most tender gesture. He let me cry myself dry and then gave me his handkerchief which I used to wipe my face. 'Smoke gets in your eyes,' I quipped, trying to be clever.

Lenny ignored my remark as he commenced to brief me in his methodical way. 'There was a flight from Tijuana to Mexico City at 0400 hours. According to Mexican authorities, a Nedda and a Norma di Crespi were among the passengers.'

This made me laugh and cry simultaneously as I announced, 'Norman's back in drag again.'

Bun Bait is a satire on sex. From predilections to persuasions to confused genders, this novel spoofs a buffet of sexual appetites. Our hero, an ex-tennis jock now a pinch past his prime, lives by the myth that perfect buns are the exclusive property of the tennis elite. It is the irony of this myth that a pair of super buns bring our hero forth to catch the bad guys and gals. Adroitly used by his lifelong friend, a police lieutenant, our hero stumbles his way from assignation to misadventure and, in the process, solves both old and new murders as he brings down la femme fatale. Charm, spectacular buns and a great heart turn our hero into the local boy who makes his fame and fortune between the sheets.

Emmett Shields is a free lance writer currently residing in Hemet, California. He is a professional hypnotist and, formerly, a restaurant critic for the San Diego Union.