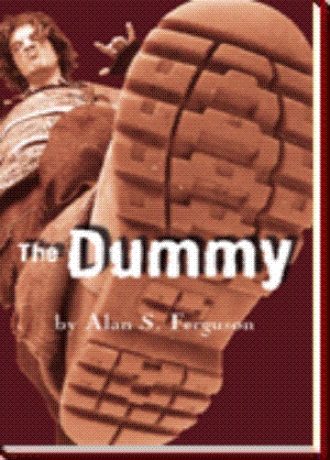 God doesn't love me. He made me crippled and retarded.' And with that Greg Runnerstrum left home. He was replying to his mother's wish that he continue to go to church.

'God has helped me through times when I know I couldn't have done it on my own.' She said as the words fluttered through the air. She could only sigh with a sad and worried look on her face. She feared the kind of life that lie ahead for Greg. Same as before only worse.

He had struggled from the beginning. Now 19 and freshly graduated from high school(D+average) in a school district that was scrounging for every proof of success it could muster. But Greg did have a job. He would be on his own earlier than most. Dumb. Dumb and determined to be independent and left alone.

Pleasant Prairie was a growing sub metropolis just north of the Illinois border. Pleasant Prairie was becoming more Illini looking every month. With low housing prices and comparatively low real estate taxes. Greg had lived there all his life. He hated it. But he didn't know where else to move to. Besides, he didn't feel comfortable around people. He feared them. He feared change. So, when the only job he could get was facing the public, he resigned himself to his fate and accepted it. Just my luck. He thought. Like the 1970 purple and gold Gremlin he drove. An outside power pulling the strings in Greg's life.

'Think of it as another challenge in life. A lesson to be learned. 'Maria from Argentina,the storeowner said. 'We all have them. And as long as we live, we always will.' That made sense to Greg. And why shouldn't it. For once he felt he might be able to trust someone. This Maria from Argentina. She had hired him on the spot. Actually accepted him at face value. Not openly judgemental. And no harsh criticisms. Maria was a good judge of character. Smarter than she looked. Short and stout. At 46 years old, a very important person in young Greg's life.

Greg's first couple of weeks on the job were janitorial in nature. And taking time, a long time to learn the store, its merchandise, how the gas pumps worked and getting the hang of a 1950's style cash register. The bell, its origins, its sound and its operating mechanisms fascinated Greg. He would ring no sale as often as he could just to hear the ring.

'Are you making a sale?' Maria would ask suspiciously.

'Uh no. Uh, just practicing.' An embarrassed Greg said trying to quickly think of an excuse.

'OK. But don't break it. Accidently.' Maria warned in a stern voice that had no teeth in it.

'Yes Ma'am. I mean Maria.' Greg said trying to remember all this and the fact that Maria like to be called by her Christian name.

Greg worked 8 to 10 hour days, 5 to 6 days a week. He was earning a full time paycheck for the first time in his life. He finally had a little self esteem. And he earned $175 a week. Before taxes.

'Maria's', on Highway 31 and State line road was just inside the Illinois border. Only several miles east of Interstate 94. Greg soon learned to recognize the regulars. Shy as he was he always tried to be courteous and helpful. Once he got to know them and felt comfortable around them.

A grave injustice, a life sentence, is carried out on a boy not yet 2 years old. Greg Runnerstrum is judged to be retarded, he is ridiculed daily. The bullies pound this scarlet letter into him at will with glee. This is a must read for those who abhor socialized injustice and cheer the triumph of the spirit over all obstacles. For Greg Runnerstrum may start out on the bottom but he surely doesn't end up there, quite the contrary. A small assortment of people from different walks of life see beyond the stigmatized Greg. Strangers really, they find a most worthwhile human being who grows thanks to their nurturing. From a dismal beginning, reader's spirits will soar with Greg as he finds his way through life - to the American dream and beyond.

This work will appeal to readers on several levels. Psychologically, 'The Dummy' deals with as boy's non-existent self-esteem and how his peers perceive and treat him based on his 'label'. How prejudices die ever so slowly upon the revelation that Greg is really brilliant. Emotionally, it's a roller coaster ride. Depressing at first, as everyday situations trigger past injustices. The beatings and humiliations will bring a sense of rage among readers. Sensual, for who would ever thought that Greg would find true love and deal with it on a mature, emotional level? Philanthropic, as Greg, with nothing to give, is given everything and enjoys returning the favor by helping others, anonymously. Introspective. Are you Greg? Greg's friend? Or one of his tormentors?

Alan S. Ferguson, 48, was born and raised in Southeastern Wisconsin. He holds a B.A. in Communication Arts - 1971 and a B.B.A. in Accounting - 1980 from the University of Wisconsin. In between college, Alan spent 5 years roaming the airwaves as a Rock-Jock. He spent the 1980's in Los Angeles learning how not to live and returned to the tranquil life in the Midwest to write of his experiences.