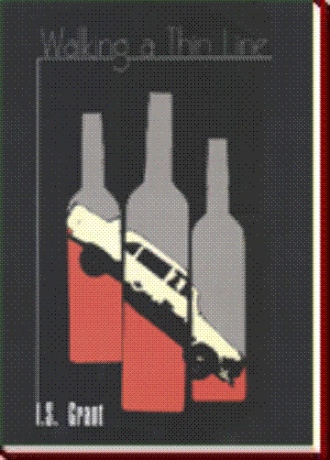 Jonathan and Stephanie snuggled before a warm, crackling fire to share a glass of wine. They had spent a long weekend of skiing, exploring, and reaffirming their love.

They turned to each other on this, their last evening before going home. Nothing existed for them at this moment except each other. He set aside their glasses.

She caressed his face with her fingertips. Their kiss was warm and so sweet. It carried them to the soft white rug before the fire, and desire consumed them. They undressed each other between kisses. The world beyond was as far away as another galaxy.

He kissed her eyes and the soft hollows of her throat. Her hands flowed over his body, exploring, capturing new sensations and building excitement for him as well as herself.

He stroked her firm breasts, first with his hands, then with his tongue. Her face glowed with love in the firelight as she clung to her husband and gave herself to him as fully ,is she knew how.

When the first moments of urgent passion was over, they lay in each other''s arms, feeling the warmth from the fire.

This weekend had been one of their happiest times together.

Ski season in Squaw Valley-where the winters are famous for warm days and cool nights, snow play areas, sleigh Lies, snowmobiling, and the apre'' s-skiing-is unrivaled. The conditions were just right for relaxing.

Mutually they decided without speaking to retire. Jonathan in one swooping motion lifted his wife in his arms and carried her to the bedroom, where he made love to her, this time unhurriedly.

They could not have guessed as they fell asleep that they would never ski another slope or enjoy another cool glass of wine before a glowing fire together again.

They arrived home without fanfare, and they stood in the doorway to the playroom for a moment to watch their son, David, as he sat in the middle of the floor playing a game, while Molly slept nearby. The fact that their children were happy and content made Jonathan''s life complete.

David looked up and saw them. He jumped up and ran with outstretched arms, yelling loudly in a child''s voice, ''Daddy! Mommy! You''re home-I didn''t know you were here!''

Jonathan scooped his son into his arms and hugged him tightly, tousling his thick dark brown hair. Molly, awakened by the homecoming, began to cry. Stephanie went to her and picked her up, making soothing sounds.

''Something you''ll like. Did you take good care of Molly?''

Jonathan walked over and kissed his daughter, slapped his wife on her bottom playfully, and started out of the room. He said to David, ''Well, come on. Let''s see what we have for you. It was as if the family had never been apart.

Jonathan nestled cozily against his wife; he always felt an excitement when he was near Stephanie.She turned to face him, to be enveloped in a big hug. Stephanie smiled her pleasure, and said, ''What''s in that very fertile mind of yours?''

''Oh, swell, I''m always at my best in the morning,'' she said with mock sarcasm. ''You look wonderful,'' he said as he gently pushed a tendril of red hair from her forehead.

They embraced each other with tenderness and mounting passion. She whispered, ''I love you-so much.''

''You are my life,'' Jonathan said, rubbing his fingertips over her soft cheek. With a kind of reverence he held her close. Her arms encircled his neck as she kissed him hungrily, and together they reaffirmed the beauty of their love. She touched the heavy muscles of his buttocks as his thrusts grew quicker and more forceful, and moaned her pleasure as she felt their intensity grow to a climax.

Later Jonathan, showered and dressed, said, ''Come with me to the door.'' They walked to the front door, arms encircled.

Smiling, she said, as she reluctantly released his hand, ''I''ll miss you.''

''This will only take two days. I''ll hurry back.'' They kissed good-bye. She stood on the doorstep and waved good-bye.

She was not a tall woman, barely five feet three. Her long red hair was tied at the nape of her neck. Freckles were scattered across the top of her cheeks and the bridge of her nose. Thirty minutes later he called from the airport.

The telephone rang once. She answered, saying, ''Hello.''

''I''ve changed my mind. Ill be home for dinner tomorrow.'' She allowed herself a smile. Her brown eyes shined warmly as she said, ''I''ll have all your favorites.''

The trial is over.  Jonathan Loring stares at the grinning face of Adam Lockhardt, the man whose drunk driving resulted in the slaughter of Loring''s wife and children.  Lockhardt''s sentence:  one year of probation and community service and a meager fine.  Outraged, Loring shouts, ''He cannot get away with this! I will not allow it!'' He decides to take action.  He decides to kill.

Three years pass, and the police are still unable to find the ''Extract Killer,'' whose murder spree now covers four states.  His modus operandi is always the same:  an injection, into the heart, of an extract of Nerium oleander.  And each of his victims has been found guilty of killing or maiming while driving drunk.

Only one detective is on the right track.  Hugh Miller is convinced that Loring is his man, but he can''t find any concrete evidence.  How many more murders will Loring commit before Miller is able to stop him?

I. S. Grant''s Walking a Thin Line is a taut, gripping detective story.  It is also a fascinating and frightening look into a killer''s mind.

Born in a small town in the Midwest, I. S. Grant holds a degree in nursing from Pasadena City College.  She says, ''As a nurse, I have seen the tragic end products of drunkenness:  death of the innocent, family suffering, and mutilation of bodies.'' She hopes Walking a Thin Line will enhance public awareness regarding this growing problem.

Ms. Grant is the mother of four children: Eric, Robert, Kelly Ann, and Russell.  Her interests include reading, writing, and travel.