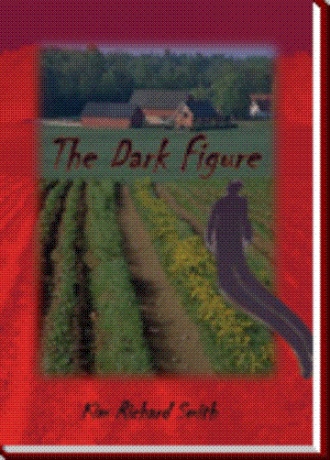 Roger Taylor ran with all his strength, following the beckoning light that called him down the weaving path that led to the house where his family once lived. He wasn't a man who was easily fooled and he was so set on proving the light was real that he failed to notice the blood-red sky.

If he'd been more attentive, he would've also noticed the trees around the house appeared as skeletal hands reaching toward that bloody sky, just as they appeared in his nightmares over the past two years. Those nightmares were the reason he came back to the house.

Just before the last rays of light were consumed by the darkness, Roger reached the front porch of the familiar house. That was the center point of the front twenty acres of the once well-tended, now dilapidated, 160-acre farm. Ten years before, he would've come home from school to see his father riding his tractor and pulling the grass cutter. The smell of freshly cut grass was one of his favorites. Tears filled his eyes at the memory of his father.

As he put his hand on the banister along the steps, his mind was flooded with fond childhood memories of living there with his parents and grandparents. He would've given anything to have them back. Even after ten years, he refused to accept their strange disappearance.

He took a deep breath and continued up the steps, across the front porch, and through the open front door to meet his long-awaited moment of truth. He felt anger and confusion as he passed through the doorway. Without thinking, he took steps toward the blinding light. His anger rose against whoever dared break into his family home, yet he was confused why anyone would shine a light on him like that.

As he continued deeper into the house, he was stunned and momentarily frozen by the hideous smell flooding his nostrils. He never smelled it before, but he knew it was rotting flesh.

He was so busy concentrating on the bright light and horrible smell that he wasn't aware of the ominous, shapeless figure lurking just to the side of the open front door. Like a bloodhound on the scent of its quarry, he sniffed the air and moved his head from side to side until he was certain the smell came from the same place as the bright light.

The room that housed the light and smell was very familiar. It was Grandpa's study, where Grandpa disappeared for hours at a time. It was the centermost room in the rear of the house, at the end of the hall. The kitchen was on the left on the other side of the wall. Roger walked beside the ascending staircase.

He walked slowly and deliberately down the hall toward the study. He held up his left hand, as if in mocking salute to Hitler, to block the bright light shining directly into his eyes.

Feeling as if an ice cube was running up and down his spine, Roger wondered if he'd been careless coming to the house like he did. Perhaps he should've gotten the sheriff first. The sheriff could've checked the place.

He stopped and wondered, Do I really want to do this, or is it something I can forget?

While he contemplated the answer, the smell came back. The light was closer. Roger walked forward again. He heard his heart pounding.

Memories of the last two years and his nightmares ran through his mind. He walked more slowly, recalling the nights when he woke in a feverish sweat. He was always too terrified to go back to sleep.

He had the nightmares for two years, and, occasionally, he saw a light shining from the old, abandoned house. Every time he pulled off on the side of the road to look, the light vanished.

He brushed it off as a reflection from the setting sun. That time, the light stayed, and it seemed brighter than before. Roger wanted some answers.

He remembered Dr. John Hatfield telling him he was under a lot of pressure. Eventually, the shock would diminish, taking the nightmares with it. The shock also explained why Roger saw things.

Dr. Hatfield explained that when Roger came home from school and found his father in the front yard but couldn't find his mother or grandparents, he blamed himself. Just the previous Friday, Dr. Hatfield suggested Roger attend a group session to help him deal with his situation and bring his suppressed memories to the surface where he could understand them.

After talking with Debbie, his wife, Roger decided to do as Dr. Hatfield asked and get things out in the open. He was on his way to the first meeting when, as he headed toward Grand Junction from Hutterville, where he worked as a warehouse supervisor, he saw the light. When he pulled off the road, it didn't disappear.

He stopped at the door to the study, giving whoever was in there a chance to identify himself or flee. For some reason, he saw his life flash before his eyes like a movie running at high speed.

The light was so bright it almost made him faint. He couldn't hear anything, but he felt someone was there. Without warning, he suddenly reviewed his run toward the house.

The light was like a magnet, pulling him to the side of the road. He got out of the truck and ran down the old path to the house. The picture in his mind became clearer, and he saw the light, the path, and everything else.

He saw the sky was blood-red, and the trees looked like skeletal hands reaching toward the sky. Then he saw something that he hadn't noticed before, and he cursed himself for being careless. In his mind's eye, he saw the large dark shape standing to the left of the open front door, just out of the light.

He should've checked the front room before going farther into the house. He turned to see what was behind him, but a terrific blow to the back of his head sent his 185-pound body flying against the wood wall like a rag doll.

The strength of the blow was so great Roger felt as if his veins ruptured on impact, and blood was forced through his pores. It was more than any man could experience and survive. His limp body. totally out of control, collapsed to the floor like Jell-O. A moment later, total darkness descended.

In 1936, something concealed in a ruby-colored sphere plummeted to earth. It impacted and buried itself in the dense woodlands behind the Taylor's large farmhouse in Grand Junction, Georgia. The sphere remained dormant for forty years before it was discovered by the Taylor family.

The result of that terrifying discovery consumed most of the Taylor family – literally. Pat Taylor lost all but his son, Roger, and was so overwhelmed with fear that he slipped into a coma from which he would never recover. The last words Roger heard from his father were 'Never go to the house... black as midnight... eyes of fire... '

Sheriff Robert Hudson called his FBI friend, Mark Granger, to help him piece together a fifty-year-old puzzle that had plagued Grand Junction with numerous unexplained disappearances. These disappearances were on the increase, and the reality of their in-depth investigation put them in the middle of a hideous nightmare. With the discovery of a leather-bound diary, their assumption became bizarre. Their efforts to stop the Dark Figure were futile, yet it was growing stronger each moment. However, their plight did not go unnoticed – they were not alone!

He is currently working on his next novel.