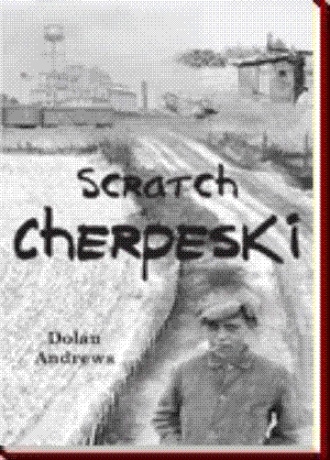 A police car spun into the alley and slid to a stop behind the run-down two story brick buildings on 6th and Main at 1:40 AM. It was the coldest January night in years. The car then proceeded slowly, crunching the brittle snowpack beneath its tires. The red lights flashed, and the spot light swiftly scanned the area as the policemen responded to a murder in progress call. 'There!' One officer pointed, as the bright beam flashed past a blood red section of trampled snow near the corner where two buildings met. 'To the right!' 'Jesus!' He exclaimed, when their headlights flooded the scene. They saw the bloodied, broken body of what looked like a teenage boy, lying in a large circle of splattered frozen blood. As one officer approached the body, the other stood by the car, weapon drawn, continuing to scan the area with the spot light. 'He’s still alive!' The first officer yelled, removing his jacket, and placing it over the bare chest and shoulders of the youth. 'Call for an ambulance, and tell the dispatcher to contact Sergeant Johnson in Juvenile. He asked to be notified immediately of any gang activity. Let’s get his spade ass outta that warm bed!' * * * 'He could be dead by now for all I know,' a slim young blond haired boy was telling his friends. 'They just kept beatin him an kickin him in the head, an they held him down an kept pounding him in the face, til I threw up.' Jerry sobbed, repeating what he had already told the two larger boys. 'When we catch em I’m killin em!' The husky dark eyed boy growled. We gotta call in some markers from the other gangs. We better get some guns, too. This’ll be the biggest fuckin’ gang war this town's ever seen.' 'We can't do nothin, Mike, til we find out if Gabe's gonna make it.' Billy warned, brushing his straight brown hair away from his smoldering green eyes. 'It's his call on how an when we get even, not ours. Did you see any knives, Jer?' 'I don't think so, Billy. I was so scared I just kept yellin’ and kickin’ ta get loose from the guys holdin’ me. I was lucky to get away and call the cops. By the time I got back they were puttin’ him in a ambulance, an’ there was cops all around. He ain’t got nobody but us,' Jerry wept, 'I hope he ain’t dead.' 'You did yer best, Jer.' Billy consoled him. 'Me an Mike shoulda’ been there. He’s always been there for us.' 'I had ta work,' Mike complained, 'an Gabe’s been actin’ strange lately anyway, like he don’t want us around.' 'That’s cause his girl dumped him. She did it on Christmas day, too!' Jerry pointed out. 'Whatta we gonna do? We can’t just let him die alone in no hospital.' ' Drop me at the hospital, Mike, and then take Jerry home. I'll call ya from there when I find out somthin’. Lets arm up and stay close together for the next few days. They could be comin’ after the rest of us next.' * * * Gusts of snow swirled in bright winter moonlight around the stoic facade of the tall red brick hospital building. The ambulance and a new 51 Chevy police car lingered at the emergency room entrance, their windows icing over in the pre-dawn quiet. 'It's 20 below out there Doris.' The young emergency room physician remarked as he worked hurriedly over the face and mouth of his teenage patient. He was Dr. Eugene Marsh, chief resident for surgery, and the first to be notified of admissions with lacerations. 'What happened to this kid? His vital signs are stable, but his color is poor.' 'Gene, I told you to call me Nurse Evens around here.' The nurse whispered. 'You know how they talk.' She stood at his left elbow glancing toward the open door to the dimly lit hallway. All was silent, except for Hank Williams crooning his latest hit, 'YOUR CHEATIN HEART,' on a nearby radio. The nurse slid her right hand inside the surgeon’s gown and fondled the bulge in the front of his trousers as he continued to work. 'I think he's one of those gang kids from the South End, doctor.' She spoke up, 'The officer said he was in a street fight. He looked dead when he arrived.' 'Well his face is a mess, Nurse Evans,' he announced, then in a whisper added: 'Unlike your pretty face.' Confirming they were alone, he moved around her, pressing his crotch so tightly against her buttocks that they moved the examining table slightly. This brought a moan from the patient, who squirmed and uttered some profanities before settling back into sleep.

'Scratch Cherpeski' chronicles the 'coming of age' of a 16 year old kid in one of America’s colorful lower class industrial ghettos during the 1940s and early 1950s. It could be anyone’s story. Every kid has to come to grips with emerging adult situations and emotions. Those born during the Great Depression, and raised in broken homes by dysfunctional parents, learned to expect nothing from life except what they could take without permission. They were not dissimilar to the youth of today. They worked the streets in gangs, defying all authority, trying to grow up on their own. The whole World was at war. Kids 'over there' were being starved, bombed and strafed. These American kids were neglected, abused and molested, but safe. Don’t miss the opportunity to know Gabe Cherpeski. He shares every intimate secret, steals your heart, and makes you part of his hazardous, street-wise world. You’ll not only 'walk in his sneakers;' you’ll squirm in his jeans, sleep with his fears, and feel a revival of your own youthful passions and dreams. Dolan Andrews

Dolan Andrews lives on an island in Puget Sound near Tacoma, Washington. When he’s not writing he walks the beach, goes boating and fishing, clears forests, landscapes, and thinks about stuff. His writing is so genuine that many believe his fiction is actually autobiographical. He doesn’t admit to that. 'I have always been introspective,' Dolan comments, 'and my life has been full of ups and downs. Every character I create is partly me. Every story line is based on actual incidents in my life. The truth is often too ugly or painful to accept, so I 'season' the truth with a dash of hope, a pinch of humor, some intrigue and some love. A liar changes the truth, a coward tries to avoid it, and a fool will die to defend it. I only disguise it, in hope the reader will enjoy discovering it for him or her self.' He has written a self help book: Loving is Becoming , which should come to the internet soon, and is currently finishing his second novel. 'I only need a screen writer, publisher, and agent.' Dolan says. 'I’ve searched the sea and the forest for them. Where are they? Are they extinct?'