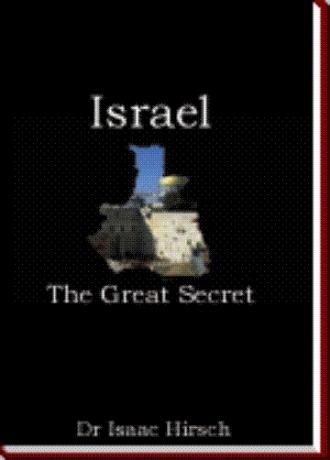 In the eyes of peoples and nations, and especially in the eyes of those belonging to the group of believers in the God of Abraham, Islam and Christianity, the reference to the Bible gives place to ambiguous and mixed sentiments. On one hand, they admit its authenticity and the truth of its message. On the other, their belief in the additions that they themselves have operated there, which have ended in transforming its essence so much that there is (almost) nothing recognisable left from the original, finally ended up cancelling 'de facto' its function. To such an extent that today, after the 'rectified' Message by their Prophet or Messiah, they consider it rather like an archaeological artefact, beautiful and poetical indeed, but lacking in all meaning and 'modern' significance.

From the viewpoint of the people of Israel too, the identification to the Bible is somewhat ambivalent. The part of the people that has clung by its teeth and nails to its values and 'original' traditions throughout the Exile's millennia, refers to it with the seriousness, the fidelity and the confidence that we know. However, even here exists a problem of comprehension of the divine finality and our integration to this Great Plan. For example: the impassioned and concession lacking debate opposing the so_called 'religious' Zionists to the 'religious' anti_Zionists.

But the great problem comes in fact from the part of the people that has got rid, more or less, of the 'yoke of the Commandments'. Their relations to the Bible pass by a wide range of sensitivities: from a 'reference' similar to that of just a historical chronicle more or less exact and precise, up to the categorical negation of any intrinsic value to be reckoned in it, from the historical 'tales' to the 'Commandments' found related there. In fact, it is as if the Bible was only considered as an 'archaeological' vestige, not different from the ancient Hindu, Greek or Roman mythologies. And the conclusion is evident: those who identify with it nowadays cannot be 'valued' more than the idol worshippers of the antiquity and are to be considered just as some kind of 'dinosaurs', anachronistic survivors of the antique world... or as ingenuous innocents and silly chaps ready to believe in all and sundry, who therefore do not have a place in the modern, scientific and 'progressive' world of today.

In fact, this attitude of parti_pris is not Jewish intrinsically, but has only been adopted (and with how much vigour!) from the other peoples, and more precisely from those who deny the very possibility, even just theoretical, of the existence of the 'divine entity' concept.

The argument of the detractors of God's existence, at least of those gifted with intelligence and 'healthy' logic, resides mainly in the fact that it would be 'impossible' to prove scientifically and without the shade of a doubt (in the mathematical sense of this word) the existence of 'God' in our physical reality. On the contrary: it would seem to be much easier to find opposite arguments!

However, on thorough consideration, we will observe that, in fact, the solution to this fundamental problem is included in the exact definition of each of its elements.

The differential characteristic of a human being is its mastery over the matter and exploitation of its characteristics through the understanding of the mutual relationships of its constituents. In fact, as for the four fundamental elements of the physical world (Energy, Matter, Evolution, Time), man has mastery only over the first three but in no way upon the concept of 'Time' which is a 'constant' in physics.

On the scale of the short_term, man can believe he has some mastery over 'his' time, to enjoy a certain amount of freedom of action. However this is just illusion because, fundamentally, his 'freedom' and his 'mastery' over the time are not in any way superior to those of the other creatures living on this earth. Man is incapable of anticipating with certainty what he will do, not even five minutes after having read this sentence, certainly not five years or fifty years on. He has no real control over the sequence of events along the axis of time.

And certainly, on the scale of the long_term (tens, hundreds and even thousands of years), no human being possesses in reality any 'patent invention' enabling him to anticipate with accuracy the date or circumstances of a precise human event. That event is in fact the consequence of an astronomical number of actions, more or less punctual, of many individuals and groups, displayed along the axis of time well beyond the limits of the apprentice prophet's own life.

Therefore, in order to show with certainty the existence of God in this concrete world, more precisely in order to prove it in a positive way and not by the absurd, thus avoiding leaving room for any doubt, it is indispensable to prove that such a long_term prediction of human events (collective or even individual) has indeed taken place and been fulfilled with accuracy and precision throughout the axis of time.

It is only then, with the proof of the existence of such an 'Entity', capable of mastering the time, that one will be allowed to call it 'God'. This is exactly where the raison d'être of this work lays.

However, before getting to the very heart of the matter, let's add some further details on the methodology we chose.

In order for the reader to feel the power and the extraordinary harmony hidden in the Bible, instead of adopting an orderly and complete description of each subject in this work as in a professorial lecture, I have preferred a truer and more alive approach that is more 'real', a style that invites the reader to concentrate and to put his own logic to work with impartialness and 'fair_play', side by side with the author, throughout the deductions, researches and discoveries that follow.

This is a method that one 'lives' out in the same way as an archaeologist who, after having made a first find on a virgin site, starts to dig it out and to reflect on the meaning of each detail in order to discover its characteristics and secrets and to deduce the place for his next investigations and hope of discoveries. And so, bit by bit, he ends up not only revealing the building itself, but also, what is far more important, discovering and understanding all the details of the 'plan' and the level of knowledge and intelligence that were invested there, without which the 'building' would have never seen daylight.

This way, well beyond all the sterile and tendentious controversies on the subject, the reader will realise by himself, at the end of this 'excavation campaign', the deep meaning and the intrinsic value of the Bible that he holds in his hands. And he will then be in a position to draw his own conclusions without the assistance of any intermediary or other tendentious counsellors from the outside, solely based upon the authentic and real data, the conclusions that his own wisdom and intellectual honesty will make him reach at that stage.

Does God exist and, if so, who is He? This is by any mean the longest-standing controversy in the history of mankind. Only one 'Holy Scripture', out of many polytheistic and monotheistic ones, has explicitly set a procedure - an 'experience' in the purest scientific sense of this word - meant to prove the authenticity and uniqueness of its 'God': the original Jewish Bible.

Two techniques had been used for that purpose. One - explicit - called 'Prophecy', compulsorily coded so as to ensure that an eventual knowledge of the future will not interfere with the string of events leading to it, and the other - implicit - built into the coding techniques themselves: the well-known 'Gematria' (Jewish numerology) and the newly discovered 'Regular Letter-Codes'. This is at least one of the reasons why right from the beginning - more than 3300 years ago - the text of the Torah (Pentateuch) had been 'frozen': a single-letter discrepancy in the exact sequence of the letters de-sanctifies a whole Torah scroll.

The proof of 'God' is of course indirect, but nonetheless very powerful, based on the proof of His super-human capabilities. Man has a degree of control only over the Matter, the Energy and their mutual relationships/ proportions - not over the Time. None of us has REAL control over the events to come, not in the 3 minutes following the reading of these lines... and not, of course, in the 3300 years ahead.

This book - 'ISRAEL - The Great Secret' - shows that the 'Entity' who wrote the Torah has done just that: claiming 'deity' through His Mastery upon the Time, coding His 'credentials' so as to avoid His 'experience stuff' - the People of Israel - being influenced, and enclosing them into a time-proofed safe - the text of the Torah - to serve as a proof when time - the widely misunderstood 'End of Times' - will come.

This revolutionary book unveils a host of the most amazing features, from the forecasting of the Nazi-related 'Holocaust' - with precise names and dates - to the re-establishment of the modern State of Israel in 1948/5708, and even to nowadays' so controversial - and before 1992 considered unimaginable - 'Peace Process' between Israel and the Palestinians!

The decoding of these unbelievable hidden messages, in a captivating and easy to follow step-by-step approach, brings together - like the pieces of an extraordinary three-dimensional pyramid-jigsaw - the four elements of the 'Divine Project': The GOD of Israel, the TORAH of Israel, the PEOPLE of Israel and the LAND of Israel.

Despite its uncompromising scientific approach, this book received Letters of Agreement from various Orthodox rabbinical authorities, including from Rabbi Shalom MESSAS, Chief Rabbi of Jerusalem who wrote: 'Dr Hirsch showed that the Torah contains great secrets testifying for the future, for everything that happened and will happen in the world...Everything is concealed in it in the form of allusion.'

This work is the result of 14 years of research. Surely, you will find it fascinating.

Dr Isaac Hirsch was born in 1947 and is fluent in four languages. He is a medical doctor, who lives and practices in London, England. Apart from medicine, he has always been fascinated by history, archaeology, fossils and other scientific fields relating to the past, which require rigorous observation and analytical skills to work out their hidden significance.

As a practicing Orthodox Jew, the Torah (Pentateuch) - as well as the wider Tanach (the original Hebrew Bible) - has always been his way of life, at the centre of his eclectic fields of interest. His discovery in 1985 of the three mathematical equations at the heart of the 'End of Days' prophecies described in the Book of Daniel, compelled him to start a sustained research effort into fascinating secret messages coded into the original Hebrew Bible. This resulted in the publication of his first book in Israel in 1989, written in Hebrew and sold out in less than a year. This book is the much-enhanced English version of that first publication.