Count it all Joy - A Devotional for Women 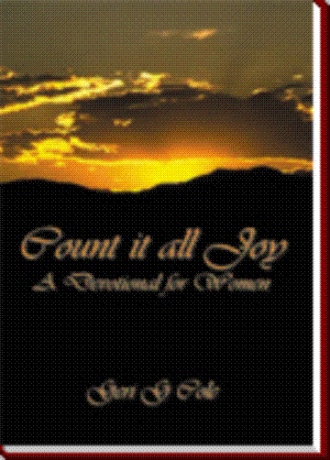 Dan’s idea of living in this far-away-from-everything new home was simple: the little trailer would only be a place to sleep and eat. The boys would have the deep forest and winding creek to explore. He even set up a tent near the trailer, inside which I stretched my quilting frame. Yes, it pretty much filled the inside of it. Sitting on the tent’s floor cross-legged, I was able to complete the quilt for one of the boys little bunks.

Together, we erected a tree-- Well, we built "shade." Dan planted some posts in a circle, then constructed a table around the center column. With palmetto leaves and chicken wire, we covered the gazebo near the creek. There we were able to "entertain" and celebrate many occasions.

We learned to carry water up from the creek, which was no small accomplishment. The clay was slippery – causing many slides down the bank, followed by scraping thick clumps of clay off the soles of our shoes and clothing. We had to use the creek water to do laundry, dishes, bathe--and flush. The clay covered jeans and socks were washed in the bathtub, which was no small feat, either. But before long, Dan created a stairway down the bank using first wood planks, then cement blocks, which made it much easier to climb back and forth to the creek to bring the water. I still can’t believe I did that!

A friend from the police department helped Dan dig a well using his truck for power. So, finally we had real water. Well, not so real. It smelled like rotten eggs and tasted even worse. But-- we were thrilled to have it! There was a celebration when we saw water that didn’t have to be carried up the clay bank. So what if it smelled a little? Once it was boiled for coffee or tea, it [hardly] smelled at all!

We thanked God for all we had. We were content in the state we found ourselves. We had each other and--. Now we even had water! At that place of accomplishment and joy, the Power Company called to say we had somehow been cleared for electricity. The excitement was mixed with groans when the guys learned they would have to dig the hole for the power pole. After that, they dug a hole for the septic tank, then drainage lines and holes for fence posts. Dan taught them how to hunt, fish and shoot. The little boys were getting stronger and tougher. No more city boys, they were becoming rugged outdoorsmen. Well, almost.

We were learning to live off the land – including armadillos, rattlesnakes, opossums, wild rabbits, ducks and fresh water catfish! We found that when a situation seems impossible, there is usually a break-through once we are able to accept it as it is.

Have you ever complained you "couldn’t take it any more?" Well, God knew what we were going to face in the years to come, and He chose not only to toughen us up, but to strengthen our faith. He was teaching us that we didn’t need anything but Him. 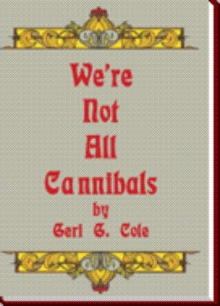 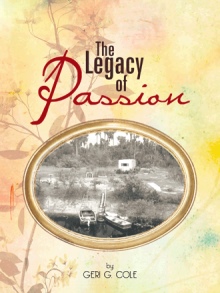 Geri's main thrust in life is helping people with their problems. She is an emotional troubleshooter extraordinaire. She never wastes a minute, multi-tasking and overlapping. She's up early in the morning tending her flowers and vegetable garden, so she can pursue her many interests:

Her background in writing includes a weekly column and other articles in the Suncoast News, a local newspaper. She is also published in a Christian Magazine out of Kentucky, Branches of the Vine. She has edited the church newsletter for the last twenty years, and has been a speaker at Women's Aglow Fellowship in different counties in Florida.

In Count it all Joy, Geri draws from years of experience as wife, mother of four sons, grandmother of five, great-grandmother of two, teacher, counselor, friend, and pastor's wife.

Geri and I met when we both worked at the Tampa Police Department. She was a police matron, and I, a police officer. I've known her for over thirty-five years. She's my wife ~ and the most extraordinary person I have ever met.

Beginning with the death of a toddler and two heartbreaking divorces, Count it all Joy follows the tender love story of a young couple as they begin a new life together. Their new start meant leaving the city with three little boys to make a home on a half-acre mini-farm, having no electricity, digging a well "by hand," and riding horseback three miles to the mailbox. When God gave them to each other for a lifetime, this young couple's desire was to live that life submitted to pleasing Him.

The fifty-two devotional readings include real-life instruction in the School of the Spirit, with God Himself teaching the lessons in healing, obedience, patience, forgiveness, and hope. They summon us to keep looking up - with our eyes fixed on Jesus - when the world around us seems to be collapsing.

This book will be read, given away, loaned and remembered because it is fresh and alive; without preachy religiosity. Count it all Joy will bring you laughter and tears and leave you with anticipation in your heart as you learn the awesome lesson that you [really can] Count it all Joy.

"I am totally fascinated with the book and have a quiet joy like someone has just told me a secret, that this book indeed is going to hit the mark and "fly."

For sixteen years I have been trying to write a book titled, Practical Parables for Pastor's Wives. I have read several, but they come across as self-righteous, door mat, pretty but not practical, fancy but not functional.

After reading Geri Cole's new book, Count it All Joy, I won't have to write that book.... SHE HAS DONE IT...and with flare, charm and a down to earth reality. - Betty Malz, author of many books, including Heaven, My Glimpse of Eternity, Making Your Husband Feel Loved, and Women in Tune.