Creationist Diet -- Nutrition and God-given Food According to the Bible 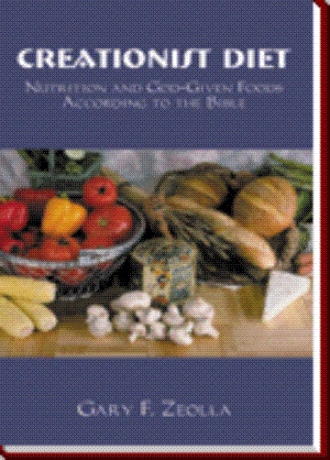 A popular diet program being promoted today, especially on the Internet, is the 'Paleolithic Diet.' The idea of the diet is to eat like a 'Paleo-man' i.e., a caveman. The theory behind the diet is that the healthiest way to eat is the way our ancestors ate from when we first evolved into Homo sapiens about two million years ago, until our diets changed a few thousand years ago. Such a diet would be how evolution 'intended' us to eat.

Such a diet does have plausibility, if one believes in the theory of evolution. I for one do not. But this 'Paleolithic Diet' got me thinking as to what a diet based on the theory of creation would look like. But before looking at what a 'Creationist Diet' would involve, some of the basic points of the creationist position need to be summarized.

According to the theory of creation, God 'created the heavens and the earth' (Gen 1:1) about 10,000 years ago. This creation was accomplished in six, 24 hour days. On day six, God created the man (Adam) and the woman (Eve) and placed them in the Garden of Eden.

After an unspecified amount of time, Adam and Eve sinned against God and were cast out of the Garden of Eden. It was at this time that suffering and death entered the world (Rom 5:12). Adam and Eve proceeded to have 'sons and daughters' (Gen 5:4). These children populated the world.

But over time, humanity became increasing wicked, and God punished the world with a worldwide flood (Gen 6-9). But first he told righteous Noah to build an ark for himself, his family, and sets of animals. This Flood destroyed all humans and animals, except for those kept safely on the ark. After the Flood, the world began to be re-populated by Noah and his family, and the animals from the ark.

However, rather than scattering over the earth as they were supposed to, these humans built a tower that was to reach into the heavens (Gen 11:4). God judged this project by confusing the languages of the people. Then 'the LORD scattered them abroad over the face of the earth' (Gen 11:7-9). It was this scattering of people that was the origin of the different human races.

Third, the Tower of Babel is a turning point in human history. With the scattering of humans over the planet, and the division into races, no longer could dietary directives be given to the entire human race. Each people group would begin to develop their own, unique dietary habits.

The import of these three points is this: any dietary directives given to Adam and Eve would constitute the most 'basic' or original diet for humans. Dietary directives given to Noah and his family would still be important for all peoples, but they would be later, less basic, and less original directives. And information about diet in the Bible after the time of the Tower of Babel would be even later, and even less basic, and in no sense original.

So with that background, this book will now try to ascertain from Scripture when different kinds of foods entered into the human diet. And most of all, this book will try to discern what are 'God-given foods' based on dietary directives given in the Bible.

What this means is Genesis chapters 1-11 will receive the most emphasis in developing a Creationist Diet, which is appropriate as it is from these chapters that the creation theory is developed. However, since 'All Scripture [is] God-breathed and [is] beneficial' (2Tim 3:16; ALT), other parts of Scripture will be taken into account at appropriate points.

In addition, throughout this book, numerous scientific studies will be cited which demonstrate science is finally catching up with the Biblical teachings on diet. 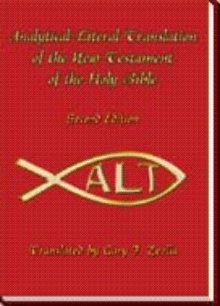 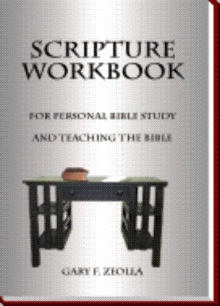 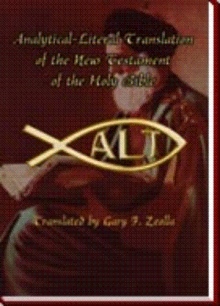 Analytical-Literal Translation of the New Testament of the Holy Bible
Gary F. Zeolla
$17.95 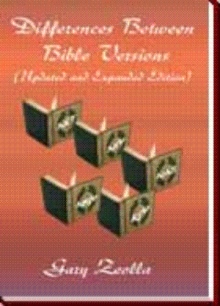 What did God give to human beings for food? What does the Bible teach about diet and nutrition? How do the Biblical teachings on foods compare to scientific research on nutrition and degenerative disease like heart disease, cancer, and stroke? These and other questions are addressed in this book.

Starting with God's decrees about foods at Creation, the Fall, and after the Flood, and gleaning nutrition information from the rest of the Bible, this book proposes four different possible Creationist Diets, presenting the pros and cons of each. These different possible diets are also correlated with scientific research. So information is given to the reader to decide on what type of diet would be best for you personally.

In addition, foods are divided into 'God-given foods' and 'not God-given foods.' These lists are then compared to what foods scientific research has shown to increase or decrease the risk of heart disease, cancer, and stroke. So the reader can know what foods to include in your diet and what foods to avoid.

Osteoporosis and other health problems with dietary connections are also discussed, along with dietary supplements, exercise, and related issues.

So this book covers a wide range of topics to help the reader begin to live a healthier lifestyle according to God's design.