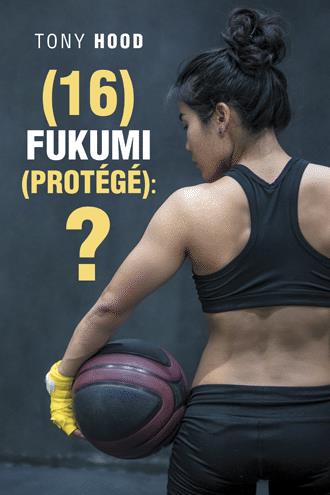 Terrence Good is a Tennessee native who grew up in a broken home. His step mother (Lynn) split from his father (Harrison Good) who struggles with alcohol addiction. Defiantly, Terrence’s popularity as a California high school basketball prospect is cut short when; he walks out on his SAT exam, and his team is knocked out of the first round of the CIF playoffs. His NBA basketball career doesn’t pan out and he has to pursue an entry level job. Chad Fukumi is a 35 year old devoted Asian American husband and bright sales agent in a cutthroat electricity firm. He asserts himself as a basketballoholic who is very overprotective of his daughter Candace Fukumi who has the IQ of a rocket scientist. Chad’s sidekick Bob, who’s overzealous and not afraid to speak his mind, acts as a mediator between the two of them. Terrence struggles to make ends meet and cope in the ninetofive world, he’s evicted from his apartment and he’s left to sleep in his dysfunctional car in slum neighborhoods in downtown Los Angeles. No longer able to cope with his failure of becoming a professional basketball player, he sells his pride and joy (a profession grade leather basketball given to him by Harrison when he was a kid). This shameful reality brings Terrence depression and guilt. He finds a powerful amateur basketball coach (coach Mayday) who provides him an opportunity to make a good living by training his basketball prospects. He begins pursuing his dream of making it as a basketball trainer. He crosses paths with Chad who propositions him to train Candace, who has been regarded by coach Mayday’s association of basketball trainers as an inept prospect. Terrence doesn’t think much of girl’s basketball. She lacks athleticism, and she’s too short at 5 feet. However, Terrence accepts Chad’s handsome offer and she becomes his sixteenth protégé and Terence teaches her some stunning basketball skills. But, when a gritty confrontation befalls Terrence involving coach Mayday’s highly sought after blue chipper, he quits his job with nowhere to go. He later reunites with his off and on ex-friend, Tina. Eventually Terrence comes to grips with the fact that he has anger management issues. Despite his family troubles when he was a kid, he realizes that Candace has a mysterious talent-gift that stems far beyond the game of basketball, hopeful she will redeem him as a basketball coach.

Tony Hood, started out his basketball showmanship at the tender age of eleven. Tony's passion for the game of basketball took flight one summer afternoon, at the Magic Johnson's basketball camp awards ceremony. Tony was also just eleven years of age when he received his life changing award as Magic Johnson's basketball camp's Premiere Play Maker. From that point, Tony played in numerous basketball ball Amateur Athletic sporting events in which he honed his basketball skills, which later in life, helped him obtain a basketball scholarship to help him pay his way through college. Eventually, Tony would take on the roll of mentoring and coaching kids, of all ages, as he developed a passion for teaching the game of basketball, as much as he loved to play the game of basketball. One can say that, over the many years of playing under the tutelage of tough, hard nosed, and gritty basketball personalities, and becoming a student of the game, this was ultimately what help propel Tony's venture into both the basketball mentoring and basketball coaching world. I believe readers will be interested in reading material by Tony Hood, as this particular piece, symbolizes the bare essence of how sports crosses all types of racial barriers in reference to building a team atmosphere to achieve the ultimate goal, which is none other than, winning. Tony Hood's writing capacity shows both an in dept look and understanding of how kids are able to move up through the ranks of someday obtaining either, a basketball scholarship, or, landing a career as a professional basketball sports figure, in this case, becoming a sought after basketball, blue chipper. Race in this case, has never played a major role in a team atmosphere of the basketball world, or any sport for that matter, as each member of a team, whether it be: basketball, football, soccer, baseball etc. Will find a way to work together, and make plays together, blood, sweat, and tears together, as a collective effort, to bring home the victory. Tony Hood, has found a way to deliver a basketball story, that, identifies race relations and gender relations in the sport of basketball, whereas, -- it seems as though there really isn't much race relations involved in obtaining the goal of out performing the opponent or the competition. Additionally, Tony Hood, identifies the important role of the unsung hero who plays an important role in both mentoring and helping propel each student athletes's career forward. These special individuals [ unsung hero's] usually work behind the scenes in honing each individual basketball player's: skill sets, conditioning, and more importantly, helping them develop a great attitude which ultimately sets each individual student-athlete up for success. To sum it up, this book, gives a wonderful in site on both: how race relations and gender relations work diligently together with one simple goal in mind which is none other than winning against stiff competition. And giving our unsung hero's in the basketball, training and coaching world some well deserved credit. Perhaps.