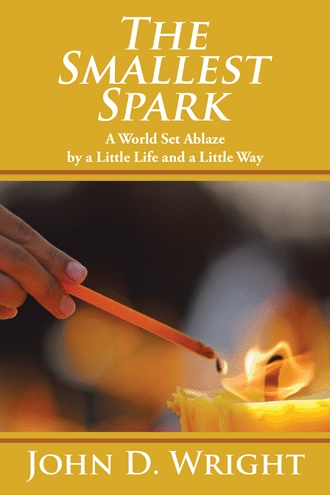 Chapter 27 Celine… Pointes de feu…I don’t know who had the crazy idea that somehow plunging red-hot needles into someone’s back over and over again would somehow help with tuberculosis, but that’s what’s about to happen to Thérèse, yet again. Her back is exposed and veil off as she lies hunched over the infirmary bed, waiting for what is to come. There is no fear in her eyes, as I kneel down on the other side of the bed and take her hand---only a sense of resignation. She smiles as I tell her to keep her eyes on me. It’s good that Sister Marie of the Angels has been assigned as my assistant infirmarian, because I certainly could not do this to my baby sister, and I doubt Sister Marie of the Trinity would have had the stomach for it either. We have been at this for what feels like months. The same day every week as the doctor has prescribed. I’ve counted over 500 marks on Thérèse’s back from this tortuous “treatment.” Sister Marie of the Angels has completed her heating of today’s needle and stands over Thérèse. I look up at the old nun, knowing I shouldn’t hate her for what she’s about to do, but I can’t quite help it. Thérèse’s jaw tightens in pain as the burning needle pierces the skin of her back and her blood sizzles as it engulfs the needle. The needle is withdrawn and she relaxes. It enters again and her pain is more pronounced. Another time and she is biting the covers of the bed to stifle her screams. The grip of her hand almost crushes mine. All I can do is rest my head on hers and feudally try to comfort her. It feels like forever before the torture, treatment, whatever, comes to an end. Sister Marie of the Angels drops the needle into a pan of water, causing it to steam. I gently begin to cover Thérèse’s back and fasten her scapular back on. As I do, Thérèse actually tries to be humorous. “Careful Celine…Sister Genevieve---I’d rather not have another incident like when I was a novice.” “What?” “One day, I was having trouble getting my scapular fastened and another Sister was kind enough to help me. She didn’t know, however, that when she fastened my scapular at my shoulder, she had accidently stuck the pin through my skin.” “I’ll be careful…you got her to take it out, right?” “No. I thanked God for it and decided to let it be for a few hours. Looks like that was a better idea than I thought at the time. It was a good warm up for this.”

Not many teenagers would take interest in the eternal welfare of a convicted murderer. Even fewer would have interest in becoming a nun cut off from the outside world—while still a teenager. And still fewer would be able to discern a meaningful significance to suffering in general.

Thérèse Martin did all that and more. She embraced all the suffering she could handle both physically and spiritually, striving to offer all of it so that good could be brought of it until her death at the age of twenty-four.

This book attempts to narrate from multiple perspectives the true story of the hidden life of an unknown young woman who, after her death, would come to be known as the Greatest Saint of Modern Times.

Like Thérèse, John D. Wright is an ordinary person who has never been looking to make a name for himself. Since reading Thérèse’s autobiography in 2009, he has immersed himself in her literature while also engaging seminary studies. A native millennial of Savannah, Georgia, who majored in Criminal Justice at the University of Georgia and enjoys video games, movies, martial arts, roller coasters, and laser tag, John stands as a perfect example of a seemingly random person who has joined a host of others in feeling great affection for an obscure young woman who lived and died in the late nineteenth century.