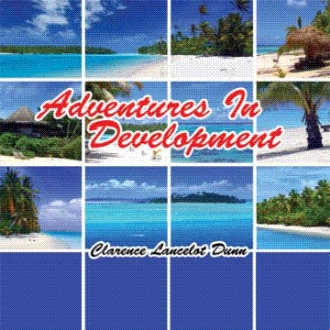 It was an unexceptional morning and I expected another un-eventful day at the office. This soon changed when the mail arrived and I opened a letter the Secretary handed me. In it was a “Job Opportunities Bulletin” without a covering letter and from an unknown source. I quickly began to scan it and was soon focused on an advertisement by the International Human Assistance Program (IHAP). It was seeking a Manager for a Rural Development Program in . I had no doubt that I was qualified for the job and prompted by a spirit of adventure and interest in simple societies, I applied. Three weeks later I received a reply expressing interest in my application and enquiring if I would consider a similar position in the since there was a delay in the Vanuatu Program. I replied in the affirmative and following a successful interview was scheduled to take up the appointment in March 1981.

Such were the peculiar circumstances that caused me to uproot myself from a job among small farmers of the to live and work among the people in these remote islands. The journey to my duty station on the was itself a great adventure, and a preview of Polynesian life. Traveling via , I stopped in for consultations with USAID. Two days later I continued the journey via where I stayed overnight. The next day I was on the final leg of my journey, and within an hour with its steep rich green central mountain range was in view.

The are a group of Atolls (loosely referred to as islands) classified as a Northern and Southern Group, and scattered over 770,000 square miles of ocean. They are flanked to the west by the of and the Samoa’s and to the east by Tahiti and the islands of . the southern-most island is the seat of Government and the administrative center. It is located over 800 miles from the most distant islands in the group.

Contact with the outside world began in the northern islands of Pukapuka and Rakahanga at the beginning of the sixteenth century. However, it was the expeditions of Captain Cook a century and a half later that brought the group of islands to world attention. He named them after the British Lord of Admiralty. Fifty years later a Russian Cartographer renamed them in honor of the great explorer. The advent of the missionaries had an enormous impact on the society. In an indomitable manner cannibalism and idolatry were quickly supplanted with Christianity and the foundation for education was laid. British rule was established in 1888 and a few years later the islands were annexed to . In the early 1960s they gained independence and a Parliamentary Democracy was established in free association with .

.The people are Polynesians of the Maori race closely linked in language and culture to the Maori of . Their ancestors are believed to have come from the islands of French Polynesians between 500 and 800 AD in the last wave of the Polynesian migration from that began in 1500 BC. A half of the population of 20,000 lived in . The outer islands are sparsely populated ranging from 60 to 2,500. They speak Maori, English and Pukapukan, the latter confined to the . It is a highly literate society, in fact the people are among the best educated of all the Pacific islands. Education is compulsory from ages 5-15 years.

A most remarkable aspect of the islands is the vibrancy of their traditions and culture. The society is based on an association to a village and it’s Chief (ariki) and the House of Ariki advises the government on matters relating to traditions and culture. The people live in extended families in affluent subsistence. Land belongs to individuals and families and cannot be bought or sold.

Life in the islands is like taking a step back in time. However if the purpose of life is the pursuit of happiness the Cook Islanders have fulfilled that mission. They are genuinely happy and seem free from the burdens of daily life that is so pressing in modern societies. It is experienced in the slow pace of daily life, in song and dance and in the peacefulness of their communities, in their warmth and genuine consideration for others and their desire to live their life to the full. These endearing qualities are etched in the memory of those who come in contact with them.

Regrettably my stay in the islands ended prematurely after two years, when I was recruited by the Food and Agriculture Organization (F.A.O.) of the United Nations. I left with wonderful memories of this most exciting period of my life, which I gladly share with readers. They will be taken on an exciting adventure to these fascinating islands. They will - learn abo

This book is a story of travel and adventure among the scattered and isolated islands of the . It should find wide readership, particularly among travel and adventure enthusiasts, sociologists and rural development specialists. Readers will learn about these islands and the rich cultural heritage of their delightful people. They will share in the details of the author’s life on the main , join him on perilous voyages to the distant islands of the north, follow the drama of his social interactions and share in the thrilling and sometimes embarrassing experiences.

The author is a Jamaican and a naturalized Canadian citizen. He holds a MS in Agricultural Economics () and BS. in Agriculture (Cornell). He devoted thirty-five years to rural development in simple societies. In the Caribbean, he served  in the following positions: as a consultant with the Food and Agriculture Organization for ten years, with a CARICOM sub-regional small farmer development project in the Leeward and Windward islands for four years, and with the Ministry of Agriculture in for twenty-one years.

In 1981 he was recruited by the International Human Assistance Program (IHAP) to implement a Rural Development Program in the . That assignment, although lasting only two years, turned out to be the most memorable and interesting period of his life. He was fascinated by the cultural contrasts with the and with the rich cultural traditions which the islands  sustained.