by Margaret A. Montague 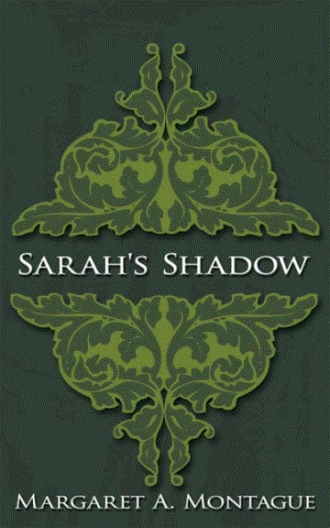 THE TWO MEN, patient and doctor, had been talking for a very long time. One might have mistaken them for brothers. They were both close to six feet tall, slender and each had a full head of salt and pepper hair. Their even features made them striking and although they were both in their forties, Jack appeared years older because of his ordeal. Perhaps, as he continues to recover his health, the lines in his face will relax, thought Dr. Kruger.

The reflections of the stars on Lake Geneva could be seen through the long, graceful windows of the doctor's office in the Lakeside Sanitarium. It was long past dinner time.

"How long have I been here? Is it three months now?"

"Seamus brought you through our doors just coming on six months now. We were not sure you would live during those first weeks. You were too weak even to speak. With all that, you would not quit. Little by little you came back."

Sarah's Shadow is the story of Jack Dillon who, as a child in Nineteenth Century Ireland, suffers early tragedy. In spite of this, he flourishes due in large measure to a parish priest, more parent than cleric to him.

As a young man, Jack travels to Boston where he meets and marries the aristocratic Elizabeth Leslie. Together, they move to Chicago where industry is booming. They share great fortune and happiness there.

Their lives, however, take a dramatic turn after they suffer a devastating loss. Jack, unable to deal with it, escapes to a hardscrabble life in the mines of Montana, leaving Elizabeth behind. Many years will pass before Jack discovers that he must confront the emotional damage from his early and later tragedies if he is ever to regain all that is dear to him.

Margaret Montague grew up on the South Side of Chicago in an Irish neighborhood. The origins of this novel lie in stories told to her by Nellie Scanlon O'Connell, her grandmother who emigrated from Ireland.

The author has lived In Rio de Janeiro, Brussels, London and every region of the United States. Margaret lives in Oak Park, Illinois.