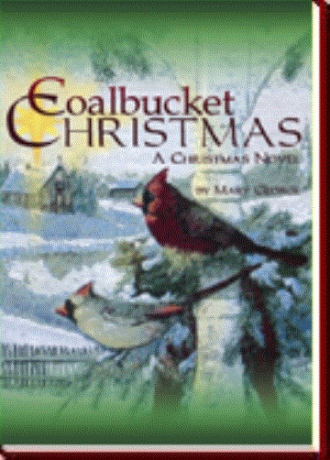 Outside, the wind whipped the ice and snow against our faces, and our hands grew stiff and cold, but our hearts were warmer than toast as Mama and I worked together and carried in a big stack of wood, and not one, but two buckets of coal and set them just inside the kitchen door. I was happy that Papa had shoveled a path from the back door, all the way to the coal pile.

“See,” I chirped, “Everything is easier when you have help.” I shook the snow from my hair and hung my coat on a hook, vowing to help Mother more in the kitchen.

Mama looked at me, shyly, “Anna,” she said softly, so as not to wake the others. “I want to apologize for being so bad tempered and for saying those nasty things to you.”

“Why did you say those things, Mama?” I asked noncommittally. “Don’t you love me?”  I was so filled with emotion that I could not speak another word as I sat on the bench next to her, tugging at my boots.

Mama suddenly grabbed me by the shoulders and hugged me tightly. “Oh, sweetheart, of course I love you. It’s just that, well, I guess I just get tired of being disappointed.”

“Do I disappoint you?” I asked soberly, slightly pulling away from the woman who had given me birth.

“No, no. I mean, I just get disappointed at life.”

“Papa says that when he gets disappointed a lot it’s usually because he’s been expecting too much.”

“I think you and your papa must have a strange power that I don’t have – a kind of strength to overcome problems that I can’t.” We sat in a heavy awkward silence, neither knowing what next to say to the other. Finally, my face lit up. “Isn’t Papa just the smartest man in the whole world?”

“How do you figure that?” the bewildered woman asked.

A slow grin crossed my face. “Well, most men just make Christmas happen for their own kids; some men can’t make it happen at all…like Mr. Barker. But this year, Papa made Christmas possible for two families!”

For the first time, Mama began to see the world through my eyes. I was right. Papa had made Christmas happen for two families. She pulled me to her again and this time I rested my head on her shoulder as she gently stroked my hair. “Do you know what? I think someday you are going to write a beautiful Christmas story that will warm people’s hearts and bring tears to their eyes.”

Do you really think I will, Mama? Do you think I’ll be famous?”

Ignoring her comment, I asked hopefully, “Will you read what I write?”

“Anna, you know I don’t like to read,” she said stiffly.

Her answer had not satisfied my childish curiosity. I had known for a long time that my mother couldn’t read. She had hidden that fact from my father until just before Susan was to be born, and she had refused my father’s offer to teach her. Suddenly, I got a wonderful idea. I could teach her! And maybe, just maybe she wouldn’t get so depressed if she could read the Bible for herself.

By now, my own excitement about becoming a writer had started to take wings. “I’ll have to learn to spell a-l-o-t of words.” I paused, “But I’ll have plenty of time, now that I don’t have a doll.” 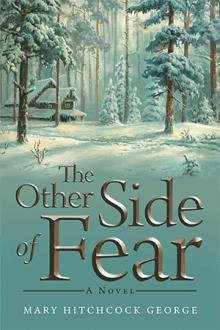 The Other Side of Fear
Mary Hitchcock George
£20.95

Coalbucket Christmas is the captivating and poignant story of a young girl’s struggle to live a life of faith amid the hardships of Midwestern farm life, and the impact of those times upon her adult life.

authoress, Anna McCord, has lived a successful, though private, life as a writer. But following 9/11 she has an epiphany regarding her empty lifestyle and decides it’s time to move back to her childhood home – back to the land she has unexpectedly inherited. Loaded with big plans and high hopes for the future, she writes her memoirs, but in order to be marketable she has agreed to a book-signing tour and an interview with a hard-hitting, no-holds-barred media diva. During this interview, Anna reminisces about her childhood, revealing her reasons for staying out of the public eye, surprising even herself and changing a young woman’s heart.

Eight-year-old Annagrace will steal your heart, gently break it, and bring you back stronger than you were before!

Mary George is a writer and poet, also published under the name Mary Hitchcock. A Hoosier native, Mary resides in with her husband of 20 years. She is the mother of two adult sons. Mary is also a proud grandmother.