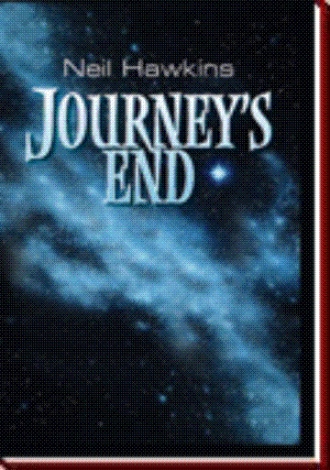 “Jon, look at this,” Neil said, turning around and handing Jon his leather-bound book. “Open it to the back cover and press the right-hand symbol.”

Jon opened the book to the back cover and pressed the symbol. “Although I’ve only gone through an image twice,” Jon said, looking at the cover, “I know I should be seeing something, right?”

“Right,” Neil said. “Pressing the right symbol should always show the last place visited, meaning you should be looking at a live picture of a room in our Saint Dornier lodge.”

“Exactly. And that’s not all. The symbols on the other pages we looked at produce the same thing – nothing. No matter what symbol we pressed we saw only a blank metal page.”

“What’s that telling me, Neil?”

“We’re not sure. It could mean one of a couple of things. It could mean something is interfering with the book’s power source. But according to Nor and the other Dropa who know about the creation of the power that control the books, that’s not possible. Or it could mean the book’s power cannot work within whatever spacial anomaly we now find ourselves. But again, we don’t think that’s the answer because the power that makes the books work comes from the one source that created everything – you, us, the entire universe, and I imagine even whatever anomaly we are now in. So let’s rule that possibility out as well . . . It seems more likely to us that the book’s power is still around us and within the book, but there’s nothing out there that was there when the books were created . . . In other words, there are no images in the book because the realities they depicted no longer exist – at least they no longer exist relative to where we are now. Each page in this book was programmed to show a particular world or place one had visited. If the page is now blank, it seems to Elena and me that that place no longer exists, or exists in a different form. And if we’re right, it means our quarters on J’rlone no longer exist. And if that’s true, we may find J’rlone doesn’t exist, at least not in the same form that this book once depicted it.”

“I don’t think I like what you’re telling me,” Jon said, sitting down. “Could it be it’s just a glitch in the book?”

“Jon, after what we’ve seen on Surion and Vorsh and now in our book, I believe that’s wishful thinking. I’m beginning to believe there’s a power somewhere that’s causing this. I remember what the five beings in the round structure on the Saint Dornier mesa told me just before you picked me up after I arrived on J’rlone from Earth. They said a dark force was moving throughout the universe. After we brought Sexton’s H’slar tyranny to an end, I thought the force they spoke of was something I could see and touch. But now I’m beginning to think there’s a much more powerful force moving around us that may be impossible to overcome.

“If my feeling’s anywhere near correct, it’s highly unlikely we’ll find anything different in your system when we get there. And if proved to be the same as what we found on Surion and Vorsh, I’m putting in a formal request right now to check out Earth. I believe it’s important that we determine as much as we can – to see just how far this phenomenon stretches. From Elena’s and my recent experiences with our books, we should find Earth about four thousand years in the future of the Earth I left when I traveled through the book’s image the first time and landed on J’rlone. If Earth’s also been affected, whatever’s happened out here has probably happened throughout the known universe – stretching perhaps even outside the universe, and all of us could very well be alone in an endless expanse of familiar stars but in an endless expanse void of any other life.”

This sequel to The Book in the Loft and The Necklace finds the universe distorted and the crews of the Circle of Planets starship Explorer and the Surion battle cruiser Doras trapped in an inside-out world. During a short but decisive battle with aliens that appear from out of Earth’s past, the stars suddenly vanish, and when two of Explorer’s crew disappear, Captain Jon Varkon and Surion Captain Korron set out to find the cause that twisted space and time and changed everything they knew. Their journey takes them to the secrets of creation gone wrong - to loss, abandonment and death, with no idea how to return to the life they knew.

A native of Poughkeepsie, New York, he attended Augustana College, Rock Island, Illinois and the University of Stockholm, Stockholm, Sweden, later receiving a BA degree from the University of Minnesota in Minneapolis and an MS degree from Peabody Teachers College, Nashville, Tennessee. Since the age of five, when he “saw” Earth and the other planets from space in all their detail -twelve years before Sputnik - he has been intrigued and fascinated with flights of reality and fantasy. It was said he had an out-of-body flight of the soul, or a wild dream; but what he described then was identical to what now has only been “seen” by the Hubble Telescope. Later, his flights of reality were realized during a distinguished career as an Air Force officer; and his flights of fantasy became reality when he spent seven years in “another world” - -where he taught English at two technical institutes. After his marriage to a wonderful Russian woman, he combined their “two different worlds” with his imagination in a story that took them both through time and space - and to other worlds. He and his wife now reside on this world in , but plan some day to return to their home on the shore of the .