The Science Before Science

A Guide to Thinking in the 21st Century 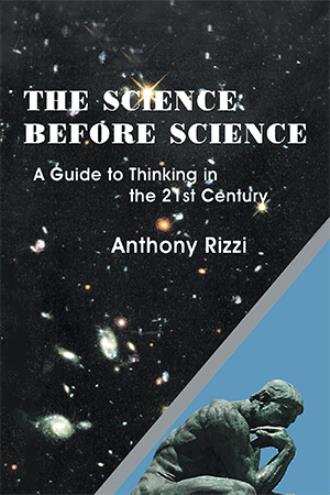 We have been taught that the earth revolves around the sun. In fact, our world revolves around modern science. Modern science permeates our collective mindset. Think not? Consider what you actually know about the earth’s motion. Do you feel as if the earth’s surface is moving at 1,000 miles an hour due to its rotation? Do you feel like the earth is moving 67,000 miles an hour around the sun? Indeed, we still use language that indicates how strongly we do not sense any motion of the earth. Any of us might say: “It’s getting dark, because the sun is going down.”  Even among those with an advanced scientific education, many have not considered on what grounds they believe and say these things.  Hence, for most, the motion of the earth is more than a matter of faith; it is a matter of unconscious faith. That is, it is one thing to trust an expert’s word, but it is another level of faith completely to not even be conscious of the fact that one is taking another’s word.

The medieval Christian took the Bible as true on faith, but he was conscious that it was faith. Yet, we identify with the conclusions of the science of the earth‘s motion to such an extent that we consider ourselves personally superior in knowledge to our predecessors if we think the earth goes around the sun. Ironically, we even consider with some disdain those who used to think otherwise, because we imagine that they were at the mercy of rigid systems of doctrine that did not leave room for personal independent thought. Of course, the fact that the earth moves around the sun is a valid conclusion of physics, but, for most, it is not a personal conclusion at all. It is part of an unrecognized belief system attained during childhood.

The same arguments apply to the roundness of the earth. We all believe the earth is round. Why? Many have not even asked why. Why not? Unconscious (or blind) faith in science. After all, how many have done the experiments to verify the shape? How many have actually seen the earth from space? How many have flown all the way around the earth, watching to verify a continuous heading that would end in a great circle flight around the earth? Irony appears again when one discovers that most today think medieval men were victims of ideological strictures that kept them from knowing the earth was round. To add insult to injury, history tells us that medieval men knew the earth was round. For instance, sailors were long familiar with the effect of the curvature of the earth, allowing one to see ships at a distance when in the crow’s nest, but not when on the deck.

Want still another example of science’s influence on our thought? Consider what is said about the nothingness of the atom. We are taught that an atom is composed of electrons and a nucleus. The electron is point-like and most of the mass of the atom is in the nucleus of the atom. If the nucleus of the atom were such that it was the size of a basketball, the “edge” of the atom would be two miles away. It is thus said and believed that the atom is filled with mostly space. The inference is then drawn that since we are made of atoms, we are mostly nothing. From this, the atom becomes associated with a sort of underlying nihilism. We are made to feel that somehow our senses and our common sense have lied to us and are untrustworthy. Even more, we are left with the sometimes unarticulated thought that we are really, after all, relatively unimportant and worthless.  Many adopt such attitudes as basic unchallengeable truths.

What is the key to the truth and power of science?  Would a theory of everything disprove the soul?  Is matter all there is?  Can I keep science and my common sense? Can we travel back in time? Is it evolution or creation or …?  Will scientists ever make a man?  Will we ever create artificial intelligence? If so, what does that say about my worth?

What is the ultimate source of our intellectual malaise?

Anthony Rizzi, a distinguished physicist, answers these questions and more.

“What a terrific book!!...The time is now. Philosophers, scientists, and the educated reader will profit enormously from this book.”

“There is a pressing need for Anthony Rizzi’s book, which reveals the link between science and man’s deepest questions in a bold, clear and truthful way. His book is full of insights that readers will relish and want to read again and again to plumb their depths.”

“The Science Before Science …provides much needed perspective.”

Anthony Rizzi is a physicist with degrees from MIT (B.S., phys.) and (PhD, phys.) with over 20 years combined experience in experimental and theoretical physics, including solving an 80 year old problem in Einstein’s theory. He also has made important contributions to the Laser Interferometer Gravitational wave Observatory (LIGO) in , has taught graduate courses at LSU, and has done research on manned and unmanned mars spacecrafts. As a staff physicist and design engineer at Lockheed-Martin, he received a NASA Award and a New Technology Award. He now directs the Institute for Advanced Physics in (www.IAPweb.org), where he continues his gravity wave related research. Dr Rizzi has been featured on EWTN, Focus Worldwide Network, Catholic World Report, Zenit News Agency and Relevant Radio.