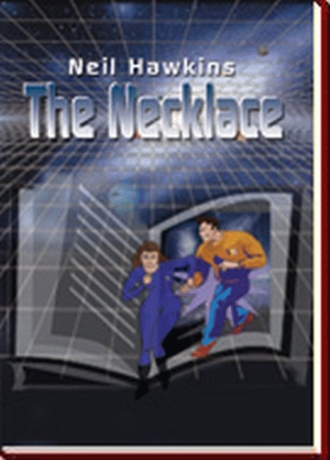 Excitement and tension rose in every section as each crewmember realized their first contact with an intelligence outside their own star system had not been a pleasant one, and it seemed certain they wouldn’t be welcomed as guests in that area of the galaxy. With those thoughts running throughout the ship, concern over what they would meet on the planet’s surface grew larger. If there was an intelligent species on the surface, would it be friendly or would it give them a similar reception to the one they just received from the alien ship? And where did the ship come from? What was its reason for being in orbit around Orinar Two? Was its crew also investigating the source of the strange transmissions or did they have some other purpose? And what about its crew? What did they look like? What language did they speak?

Computer analysis of the probing signals that hit Explorer just before the alien ship fired showed they were the same that hit them en route to the Orinar system. Speculation mounted as to what the nature of those signals was, and what information, if any, the alien crew received from Explorer. But the question that caused the most concern also went unanswered: Would they return?

This sequel to The Book in the Loft is a spiraling journey to a world inhabited by the very creatures who are behind the leather-bound books. The powers within the books take the crew of the Council of Planets starship Explorer to an encounter with a superior force, the result being a whirlwind trip through time and space that involves those from the J'rlonian Circle of Planets and seemingly familiar faces from Neil MacBruce's imagination. Imagination or real, MacBruce alone cannot find his way back to his own time and space, and in the events that follow he becomes entangled with enemies in both dimensions and discovers a connection with an ancient race that perhaps explains his own origins -and a mystery with no answers.

A native of Pougbkeepsie, New York, he attended Augustana College, Rock Island, Illinois and the University of Stockholm, Stockholm, Sweden, later receiving a BA degree from the University of Minnesota in Minneapolis and an MS degree from Peabody Teachers College, Nashville, Tennessee. Since the age of five, when he "saw" Earth and the other planets from space in all their detail -twelve years before Sputnik - he has been intrigued and fascinated with flights of reality and fantasy. It was said he had an out-of-body flight of the soul, or a wild dream; but what he described then was identical to 'what now has only been "seen" by the Hubble Telescope. Later, his flights of reality were realized during a distinguished career as an Air Force officer; and his flights of fantasy became reality when he spent seven years in "another world" - -where he taught English at two technical institutes. After his marriage to a wonderful Russian woman, he combined their "two different worlds" with his imagination in a story that took them both through time and space - and to other worlds. He and his wife now reside on this world in , but plan some day to return to their home on the shore of the .