In the Rustling Grass 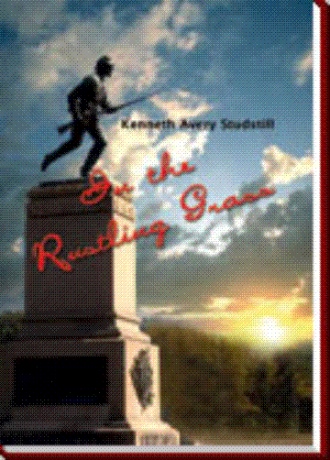 Emerging upon the nearly treeless, well-manicured front lawn, I caught a full view of a bonfire close to the water, and the full harvest moon floating just above the lake, peeking through a patch of grey-blue clouds, illuminating the night with a bluish-golden hue. The night was surreal, like a fuzzy dream, and I slipped into a melancholy longing and thought to myself, God I wish I had a date. But I hadn't made a decision to come to the Halloween Ball until that very afternoon and probably wouldn't have gotten a date anyway. I didn't date much. An unfortunate and unfair consequence developed from that one experience with Joyce Dollar. Joyce acquired the reputation for being the town punch-board, and even the likes of Rick Moore avoided being seen in public with her. The nice girls thought I was a bad boy for going with a bad girl. I was still stepping in the bucket and had to eventually live it down. No way could I explain I had never known Joyce in the biblical sense. My relationship with the opposite sex had limped along in low gear until I terminated the effort all together. Olin became my refuge.

Shaking my head vigorously to ward off the black-a**, I turned away from the lake, and with a sure stride, proceeded to the clubhouse.

The soft strings of 'In a Small Hotel' became clearer and clearer as I neared the front porch, and I began silently singing to myself the few words I knew, 'In a small hotel, with a wishing well, da da da' - all the while quietly humming to the music. I liked music, but could take it or leave it. I wandered inside the front door and contributed a quarter to some cause; there was no admission charge.

The music cast an unrealistic, perhaps even a hopeless mood over me as I stood close to the entrance, surveying the large room. My gaze became transfixed on the most beautiful thing I'd ever seen. Who was she? And I wondered where she had come from as I eased my way in her direction. She was wearing snug, dark red tights, that accentuated the sin in her curvaceous body, and a simple dark red eye mask that matched her dark red lipstick, all of which was in sensuous harmony with her dark, nearly black, silky hair, pulled softly back into a ponytail that draped innocently over her left breast. In her hand she held a long forked red tail, pointing it toward one of the other girls in the group. Her sensitive grey-green eyes danced and fluttered with a strange familiarity. I felt an overwhelming erotic flush, but my fantasizing abruptly dissolved as I realized the 'devil's wife' was none other than Dorothy Anstead. But God, I thought, she's better looking than ever. As I nonchalantly strolled closer, she ignored me completely. But that was expected. Hope, however, was kept alive when the others acknowledged my presence with a slight nod or smile, until I realized the smiles were really sh**-eating grins. I checked my fly, which was firmly buttoned, then my nose for boogers. There were none. Nevertheless, they were quietly laughing and snickering at something, and I concluded that something was me. So what! I continued around the dance floor, cutting through the cigarette smoke, to the punch bowl located in a corner on the far side of the entrance next to the big brick fireplace.

Open this book and enter the world of Jimmy Wingate. The time is the Great Depression. The place, the small southern enclave of Collin Hill. It is the old south where separate is a fact, but equality a myth; where the halls of justice can be as unfair to a white man as a black man; where the times have corrupted those in high places and justice has to be bought; where no one goes to grandma's for Thanksgiving because more than one generation lives under the same roof in paint bare houses that smell of tobacco and emit the soft voices of black servants; where welfare is a benevolent white man and where men do men things and women do women things. It is also a world of personal privilege for Jimmy, although as seen through his eyes, it is often a world of bullies, insensitive adults, deep disappointments and despair.. His father has prospered despite the depression and though poverty stricken and maligned as a young man, he has made the Wingates one of the foremost families of Collin Hill. Mr. Wingate, is a good man, who challenges long held traditions, but nevertheless remains a true son of the south. But Jimmy knows little of his fathers benevolence or anything else about his father, who gives little of his time or himself to his family. But as the book unfolds, he learns bit by bit his father has repeatedly extended a helping hand, to blacks and whites alike, even to those who once resented his presence in their community.

Meet among others, Jimmy's sadistic first grade teacher; the bullying Moore brothers who cause Jimmy nothing but grief, until one night they all accidentally meet and get drunk; Joyce Dollar, Jimmy's first 'hot' date; Gussie the Wingate cook, whose conversations with Jimmy lets us know the races were not always separate in the segregated south; Dancer, the legless peanut vender who has a strange relationship to the Wingate family; Monk Morton, a self styled small town blue-blood who never works and ingratiates himself to the Wingate family; Lydia Cochran, the pretty girl next door who becomes Jimmy's best older friend, whose father mysteriously disappears after gambling away his hardware business; the ebullient Earl Ramsey, man about town, who takes Jimmy for his first visit to a house of ill-repute; and the brilliant, but deformed, Olin Pritchard, Jimmy's best friend who bares his innermost secrets with Jimmy, knowledge that casts a dark shadow over Jimmy's young life. Their discussions on life and death leaves Jimmy in a philosophical quandary, questioning traditional notions about life and religion in general and the existence of God in particular.

Haunted by a keen sense of injustice in this world, Jimmy nevertheless retains a vision of hope in this story filled with harsh realism blended with dramatic poignancy. As he muddles through numerous moral dilemmas and tribulations, he ultimately comes to terms with his father's past, dark secrets about Olin, and the subtle and not so subtle snobbery some folks harbor against the Wingates, and learns life must be dealt with on its own terms.

The author grew up in a small town much like the fictitious Collin Hill and graduated from the University of North Carolina at Chapel Hill in the class of 1959. After service with the U.S. Navy, he obtained a law degree from UNC in 1966. Since then, he and his wife have made Titusville, Florida their home, where they have raised two sons and he still maintains a law practice.