Eyes of the Father

Seeing Meaning in the Mirror 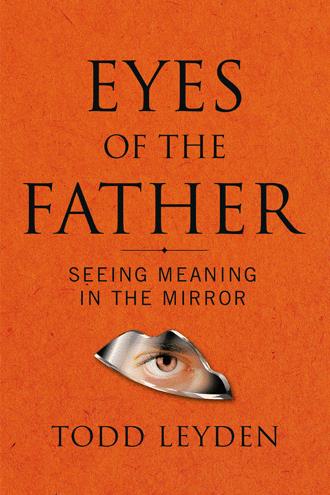 As Payton our 13-year-old son lay in a hospital bed at the edge of death for thirty-three days our life stood still. From the time he was admitted our prayer was the same and simple: God be glorified, wisdom for the doctors and nurses, and healing. In that order. And we did not want to receive a phone call in the middle of the night. But then the call came. On February 2nd, 2001, I was startled awake by the piercing ring of the phone. The clock read 3:37 a.m. Asleep but a few hours, I lurched across the room. The voice on the other end of the phone calmly but urgently said, “This is Riley Hospital. Payton is crashing. You need to get here quickly.” My wife, Robyn, was now awake, and I shared the news even though she probably already knew the reason for the call. We scrambled to get ready, but first I needed to call our closest friends to let them know Payton is dying and to come to the hospital. Robyn was anxious, and said with a quivering but firm conviction, “Todd, we need to go now!” Our sons Blake (10) and Chase (7) were cared for – staying with friends during this time. Robyn and I quickly grabbed whatever clothes were available, brushed our teeth and got in the car to make the now familiar trip to the hospital. The good news, if there is such a thing at a time as this, is there is virtually no traffic at 4 am. Arriving at the hospital parking garage we were greeted by the brisk cold air of a five-degree morning in Indianapolis. We moved quickly through the double sliding glass doors of the hospital entrance, which ironically was where Robyn started her career as a pediatric oncology nurse thirteen years prior. Riley Children’s Hospital is the state’s largest and most highly acclaimed children’s hospital. We were fortunate and blessed to have such great care available so close to home because as Payton’s cardiologist, Dr. Caldwell shared with us early during his hospitalization, “Payton is the sickest kid at Riley.” We were anxious to find out who was on call and get the report of Payton’s condition. The elevator ride to ICU 4 North seemed like it took forever. By now, most if not all, the hospital staff knew us. The combination of Payton’s condition, the significant number of friends and family who were with us at the hospital during this time, and our faith was not what the staff usually saw in a situation like this. And Payton was not the typical “Riley kid.” At 6’ 1” 175 pounds, size 13 shoe and thirteen years old he was bigger than many of the doctors and nurses. Perfectly healthy, or so we thought, until an emergency trip to the hospital. We found the resident on call and he told us Payton’s oxygen saturation levels were dangerously low – hovering in the low 80’s. This means vital organs are not getting the oxygen they need to work. Normal levels are 95 to 100 percent. We were told Payton was stable, for now. Our friends, Keith Ogorek, Nick Taylor, Leisa Ress and Jeff Terp arrived soon. It was now a little before 6:00 am. I shared the doctors report. It appears the end is near. Crushing words to convey to anyone including those who love you most. We went to the hospital chapel to pray. Prayer was a constant during this time, not only by those in the hospital, but also by literally thousands who knew of Payton’s plight. It was in this spirit we gathered to pray or plead with the Lord for Payton’s life. Fervent prayers were shared. Tears were shed. I lay prostate on the chapel floor. My body was heaving as I knew the reality Payton may soon be gone. Defeated by man’s standards – yes! Hopeful, because we could put our faith and trust in the Lord – yes! There was an intensity to our prayers I had never experienced before. I believe this is what is meant when they say deliver your prayers with an expectation for the Lord to respond. We were expecting an answer. Man said there is nothing that can be done. We needed a miracle for Payton to live or God had other plans which I could not even let myself begin to fathom. About an hour later we concluded our time of prayer. There was one specific prayer request I vividly remember. It is forever anchored to my soul. Robyn prayed Payton’s life would have meaning. She was sobbing and gasping for breath. Normally, very unemotional - this situation taxed her in ways she never could possibly have imagined. Did she know he would not make it and was imploring the Lord to make sure there was a reason we were enduring this horrific situation? Perhaps the answer lay in something that would happen later that afternoon. Seemingly innocuous relationships or chance meetings or assignments would play critical roles in the unfolding of the Lord’s plans. A critically ill child with a death sentence or a God appointed lesson in response to suffering; a wedding reception seated with a church member, or a critical care doctor who would lead the efforts to keep our son alive; a member of the worship team at family camp or a prayer partner with direct physical proximity to Payton’s hospital room, a member of our Growing Kids God’s Way class or a supernatural response to Payton’s passing. The Lord’s plans were unfolding. There was no way to know it at the time, but now we see clearly how He was providing an intricately detailed plan to sustain and comfort us as Payton faced the fight of his life.

Is it possible we only see a small fraction of what this life has for us? Often, our view is blinded by the things of this world. My family’s seemingly perfect life was dramatically interrupted when a doctor described our son Payton as the sickest kid in an acute-care children’s hospital. As Payton’s life hung on the precipice, the doctors posed three daunting questions that were impossible to fathom with human understanding—ones a parent should never face. The response was not our own, and the years to follow would reveal an improbable journey of faith. Eyes of the Father: Seeing Meaning in the Mirror unlocks a series of inexplicable events that provided assurance and perspective in ways we never could have imagined and begged the question “Why?” This is a story of hope as we cast our eyes on things unseen and the glorious unfolding that is ours, despite difficulty and human despair, to see anew with eyes of the Father.

Todd Leyden has spent the past twenty-five years growing in his Christian faith. His innate ability to see how the Lord works through various situations for His glory led him on a providential journey as he responded to the Lord’s call to leave Arthur Andersen, a $9 billion global professional services firm, on the eve of the firm’s collapse to start his own business. In 2016, another series of God-ordered circumstances led him from his prestigious role with the NCAA and college athletics to a Christian camp in the Northwoods of Wisconsin, where his family had started down a path to forge their identity two decades prior. The move required Todd and his wife Robyn, to leave their twenty-two-year-old son Chase; Robyn’s sister, Cari; and thirty-two years of life and community impact in the city of Indianapolis to start their next career in Christian ministry.