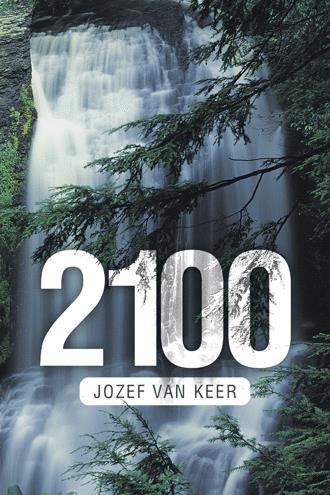 “It is six a clock AM. Today is Friday August 15, 2110. Good morning Katie…. Time to wake up. Your accumulated credits are 12,540. Your next goal of 13,000 credits is approaching and might be reached and even exceeded by the end of the day. Your task for the day is to finish the revision of the Wildlife module. The completion of this module, once approved by your supervisor, will accrue 2,500 credits. Please proceed to your daily morning routine. Have a productive day.” Katie woke up as the plasma voice gave her the daily instructions. She was very excited to hear that she will reach the 13,000 credits today. What that meant for her was finally being able to have enough credits for a week of vacation. She had planned for this day when she started working at the Tokama plant. She had a job as an assistant programmer and her supervisor Jim Anderson had set the goal of 13,000 credits as her first objective that would allow her to take vacation. Those credits allowed her enough to have a week off. So many times, during her break had she discussed with Jim what she would do once she reached that goal? Katie loves the outdoors and she had decided to go on a nature hike that would take her about a week to complete and leave her just enough time to debrief after the hike and reload for her next assignment when she returned. She had it all planned out and all her authorizations and approvals were submitted long before she would reach the 13,000. Today was the day and the only thing needed was the approval and acceptance of the new release by her supervisor, then the final authorization and necessary signed documents by Jim for her trip. She already had received the verbal authorization from Jim months ago and that was the last thing on her mind and just a formality she would take care of at the end of the day. She had already requested transportation to her drop off place at the edge of the New River West of Sandstone Falls. Her plan was to hike all the way to Thurmond and check in at the Army base where she would be debriefed and get a helicopter ride back to Washington, DC. She would leave tomorrow around noon and hoped to be dropped off a few hours later with ample time to set up her tent for the night, hopefully make a fire and enjoy the quiet of the evening and night. Then on Sunday morning early, she would pack up and head out following the river up Northwest. Katie took a shower and proceeded to her kitchen where she took her pills and vitamins for that day. It was 6:30am and she heard her plasma screen announcing the latest news. A group of illegal were captured last night and some of them would be brought in to the Takoma re-program center, others would be transported to an undisclosed center for interrogation and termination. “These illegal will never learn” she thought out loud. “Can’t wait for the day that they all will see the benefits of surrendering and adjust to the new rules of our society. I hope one day that I can contribute to finalize that process” As she walked out she passed the transponder and received her daily dose of instructions and energy. She noticed that she received more than usual and for a moment she had to stop and let her brain consume all the information. Katie was a very athletic person and she loved to take risks. She was passionate about riding a bike . She was awarded a few years ago a nice looking Moto Guzzi. A bright red V7 Racer. It was an old model. She received the award, 10,000 credits and selected the old bike because of its reputation as a reliable, fast and nice handling machine. She could have chosen a new one, but she decided to restore the old one. It was a confiscated bike after the security forces raided an Illegal side and everything they take from the illegal is later available to be awarded in return for credits. She and her friend Misty worked on it for a long time. It took them a long time because they had to find some parts for it that was Generally unavailable. She placed a request for the parts with the authorities and after a while she received a message through the transponder that the parts were in. Unfortunately, at that time she had not enough credits to pay for the parts and as such had to leave the parts in the warehouse till a few months later she had saved enough to get them. Misty however received about 15,000 credits from the system because she helped Katie re-build the bike. It was a short ride to the Tokama plant and Katie went to her desk and started working on her Wildlife module. She knew that the release was ready, but she had to go through the final testing and once that was done she would go see her supervisor Jim and ask him to do the final approval for release. “I better make sure that this is OK”, she mumbled. I have too much at stake, and I am not talking about my vacation, well maybe I am, because I will be using this module, once in production while I am out in the wild. Jim will load it up through the change process this week-end and then I will be able to use it while on vacation.

This is a story about life in the United States of America in the year 2100. Eighty percent of the population is being controlled by a corrupt government that dictates how people live their daily lives. The other 20 percent live in ghettos or hide underground in a thriving community where they still live a life based on the principles of our founding fathers. The government calls them the illegals, and it is constantly trying to capture them to reform them into what it deems normal citizens. The government has never been able to find the illegals’ caves. A romance develops when one day, an IT programmer finds herself in a life-and-death situation and is rescued by an illegal. That is the start of a conspiracy by people on both sides to change life in the United States back to what it had been before.

Born post–World War II in a little town of the Flemish part of Belgium, Jozef was exposed to art daily. His father, a writer and singer, instilled in Jozef a love of music and poetry and a strict, conservative life. An ambitious IT career and love brought him to the US. Jozef kept writing poetry but never published any. When his IT career abruptly ended and age became a significant factor in finding a job, Jozef was forced to retire. It was then that he took a major leap into the unknown world of writing a book. The creative mind found a way, like oil on water, to put in writing a dreamed-up story in a language that is not his native tongue. Jozef loves the outdoors, camping, wildlife stories, and especially nature in this beautiful country that has accepted him as a citizen—the United States of America.